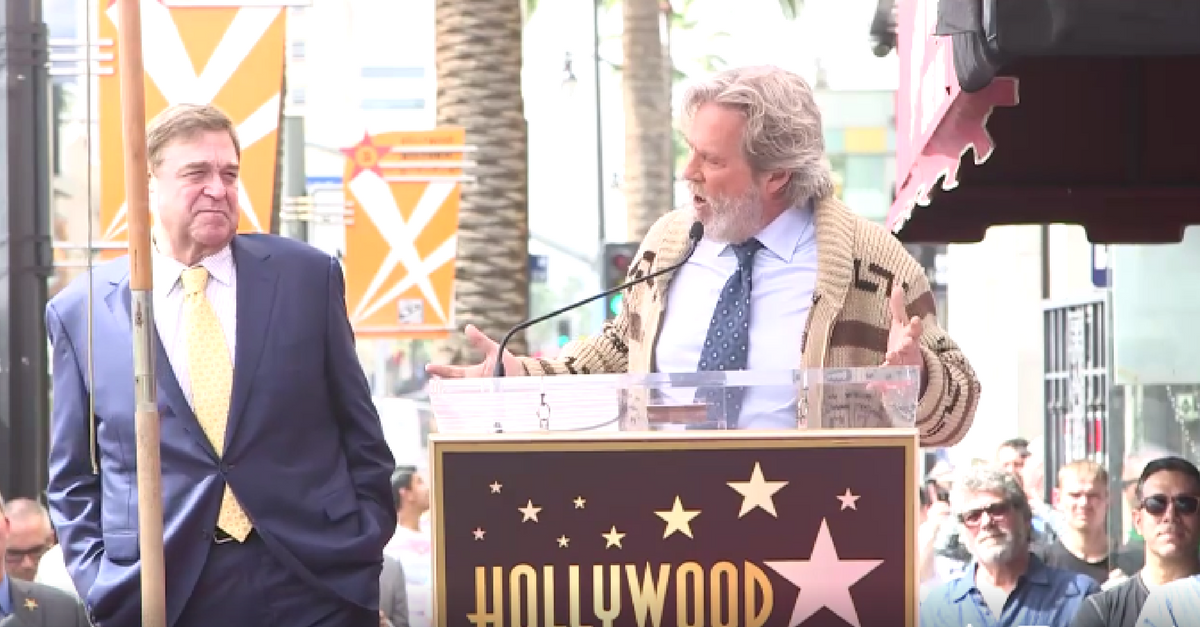 John Goodman was honored as he received his star on the Hollywood Walk of Fame Friday, and his ceremony was full of laughs. The 64-year-old actor was joined by Brie Larson, Jeff Bridges and Tom Hiddleson, who spoke highly of Goodman in their speeches.

Bridges, who starred with Goodman in the 1998 cult film “The Big Lebowski,” got particularly creative, wearing the famous sweater donned by his character “The Dude” and referring to Goodman as “Walter,” whom he played in the movie, throughout his speech.

“He’s a man of our times, and he has become a legend” Bridges said of his friend. “In accordance with what we think may be your final wishes, we have committed to these sidewalks in the bosom of Hollywood that you love so well, a star for you. A star because we love you so well.”

Goodman also showed off his silly side by lying down on the ground to strike some funny poses with his star. During his speech, however, he became more serious, honoring the strong women in his life.

“A mother who had to scrape by on survival wages to raise two kids by herself. The many teachers who tried to knock some sense into me, some of it worked,” he said. “Roseanne [Barr], thank you. I don’t think I’d be up here if it wasn’t for her. She really took a lot of heat, but she was always right and I love her. My daughter Molly who always puts a smile on my face when I need it most. And then the love of my life, Anna Beth, who for a long time put up with more than a person should have to or need to, but we came out on top.”