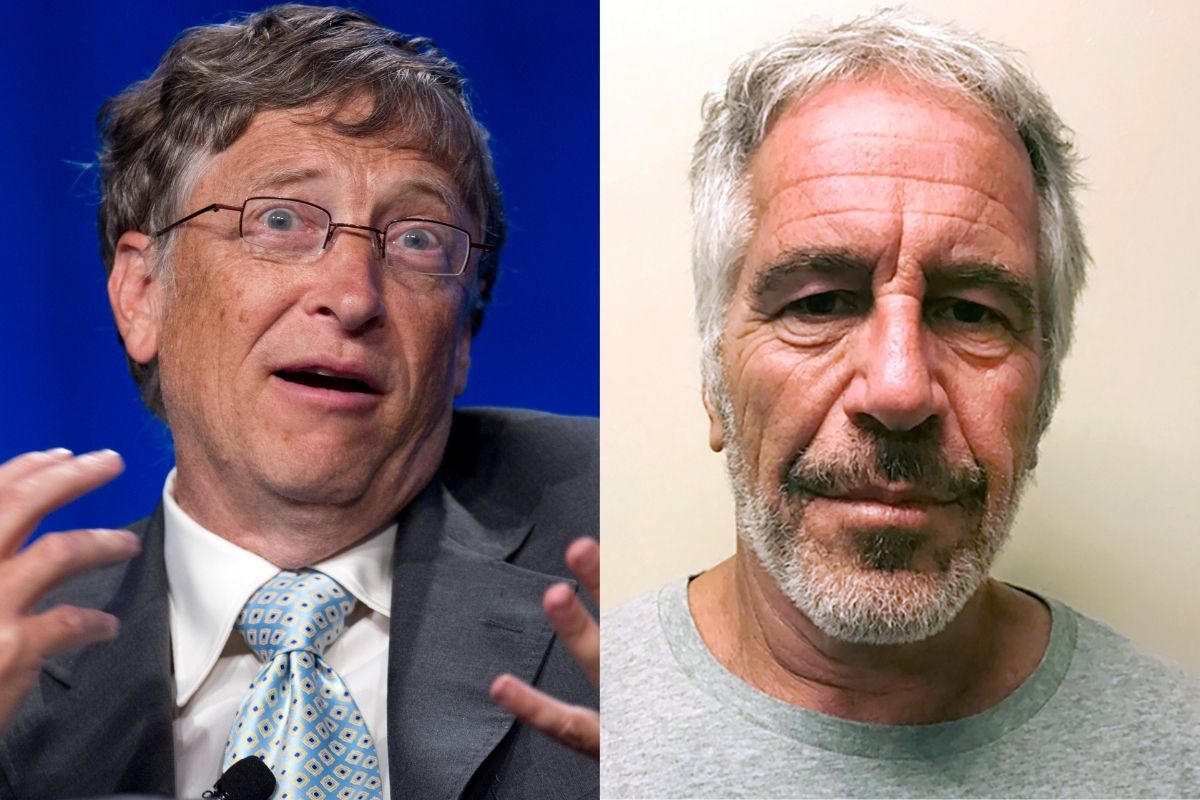 On May 4, billionaires Bill and Melinda Gates made a surprise divorce announcement. Throughout 27 years of marriage, the couple raised three children and co-founded the Bill & Melinda Gates Foundation, one of the largest private charities in the world. With such a massive amount of wealth at stake, this high-profile ? no prenup ? divorce is captivating the nation? with many Americans left wondering what tore apart the seemingly happy couple.

As more information comes to light, it seems that the split between Bill and Melinda had been in the works for some time. And according to new reports, the break-up is quite scandalous. Perhaps unsurprisingly, Jeffrey Epstein is involved.

The Bill and Melinda Gates Divorce

The co-founders and co-chairs of the Bill & Melinda Gates Foundation shared this joint statement, above, on May 4 regarding their separation.

The Affairs of Bill Gates

According to a New York Times report, Microsoft founder Bill Gates had a brief romance with a former employee in the year 2000. Since then, he’s pursued other colleagues though those attempts were not always successful. Additionally, evidence points to a longer-term affair between Gates and his ex-girlfriend Ann Winblad; the two continued taking private vacations together even after Gates wed Melinda French Gates in 1994.

The New York Times reported three meetings between Bill Gates and the convicted sex offender Jeffrey Epstein in 2011. At the time, Gates reportedly told staffers that Epstein’s “lifestyle is very different and kind of intriguing.” Bill and his wife Melinda then visited Epstein’s New York City townhouse in 2013? five years after the host first pled guilty to procuring a child for prostitution. Reportedly, Melinda was uncomfortable and found Epstein so vile that she left angrily and urged her husband to cease communication with the infamous financier (and so-called philanthropist).

But Bill did maintain some kind of relationship with Epstein — against his wife’s wishes. In 2013, Gates flew from New Jersey to Palm Beach on Epstein?s infamous private jet called the ?Lolita Express? private jet from New Jersey to Palm Beach, Florida, according to flight records obtained by The Times. Two of Bill?s professional associates, science adviser Boris Nikolic and Melanie Walker, also worked closely with Epstein. In 2019, the story broke that Gates had funneled money into the MIT Media Lab at Epstein?s behest. Having already done time for a sex crime, it appears that MIT would not accept Epstein?s money directly.

For his part, Bill has consistently denied the friendship telling The Daily Beast in 2019: “I didn?t go to New Mexico or Florida or Palm Beach or any of that. There were people around him who were saying, ?Hey, if you want to raise money for global health and get more philanthropy, he knows a lot of rich people.’ ? But that seems like a pretty flimsy excuse for a man who definitely knows a lot of rich people for himself. And, say, $130.4 billion of his own wealth to provide.

According to a report in The Daily Beast last week, Gates just liked hanging out at the Epstein mansion.

Epstein’s Advice For a “Toxic Marriage”

In 2019, Jeffrey Epstein killed himself in a Manhattan prison while awaiting trial for sex trafficking underage girls. That suicide was another shocking chapter in the exposé of his international sex slavery ring — one which implicated many wealthy, powerful men. Was Bill Gates one of them?

Previous reports indicated a few meetings between Gates and Epstein over the years but according to new accounts, that number was actually much higher. An insider told The Daily Beast that in recent years, Gates would attend the gatherings at Epstein’s townhouse “as an escape” from what Gates called a “toxic” marriage. Not only that, but Gates allegedly spoke openly about the topic, joking with Epstein about the failing relationship. “Going to Jeffrey?s was a respite from his marriage. It was a way of getting away from Melinda,? the source said directly of the “very close” pair.

“Gates, in turn, encouraged Epstein to rehabilitate his image in the media following his 2008 guilty plea for soliciting a minor for prostitution, and discussed Epstein becoming involved with the Bill and Melinda Gates Foundation.”

Yikes. It’s not hard to imagine Melinda was unhappy with that friendly arrangement — and the frequent mansion men’s club hang-outs. For what it’s worth, a spokesperson for Bill denies that partnership and insists that “Bill never complained about Melinda or his marriage to Epstein.? Melinda’s people declined to comment.

WATCH: Ghislaine Maxwell Has a Black Eye in Prison