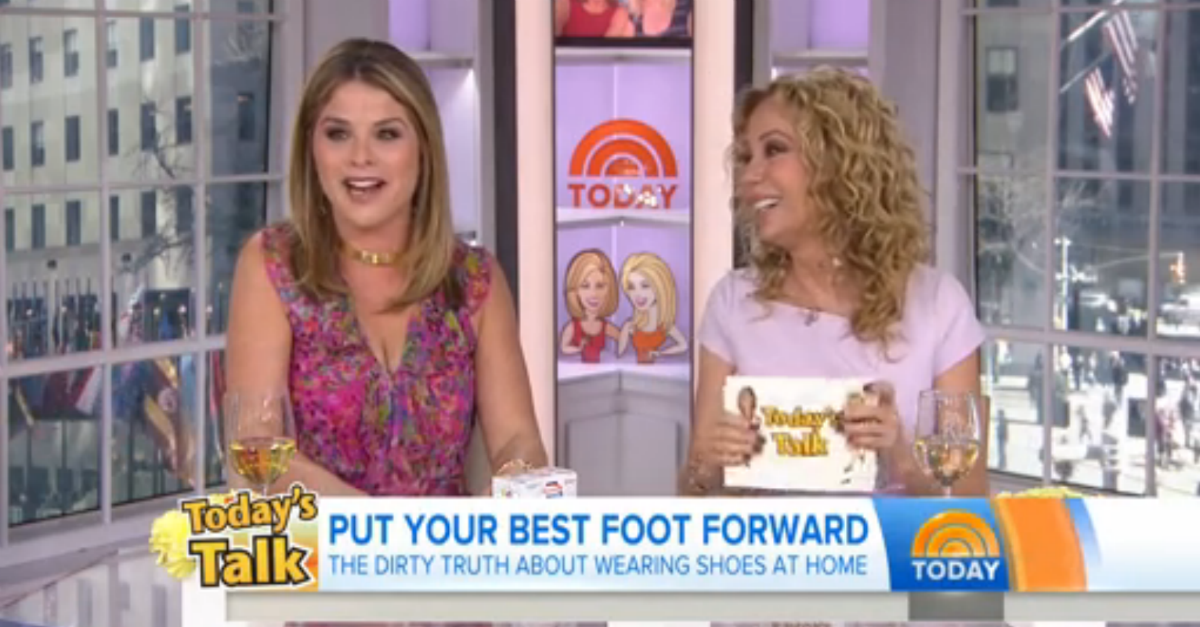 Jenna Bush Hager and Kathie Lee Gifford were sharing their thoughts about walking around without shoes on when Hager accidentally shared a huge secret about her grandmother, Barbara Bush. The former first daughter revealed that the former first lady only has eight toes.

“Do you wanna know the truth?” she asked Gifford. “My grandma’s missing a toe on each foot.”

Gifford asked if Bush had ever shared the news and Hager replied, “Not that I know of.”

Though she stood up for her grandma’s “darling feet,” Hager couldn’t help but feel guilty that she told the world before her grandmother could.

“Ganny, I’m sorry I shouldn’t have said it,” she admitted after explaining that Bush lost the toe next to both big toes with age.

She’s not the first in the Bush crew to let a family secret slip. Father and former President George W. Bush visited Hager on set where he accidentally recalled the time she was arrested with a fake ID in front of America.