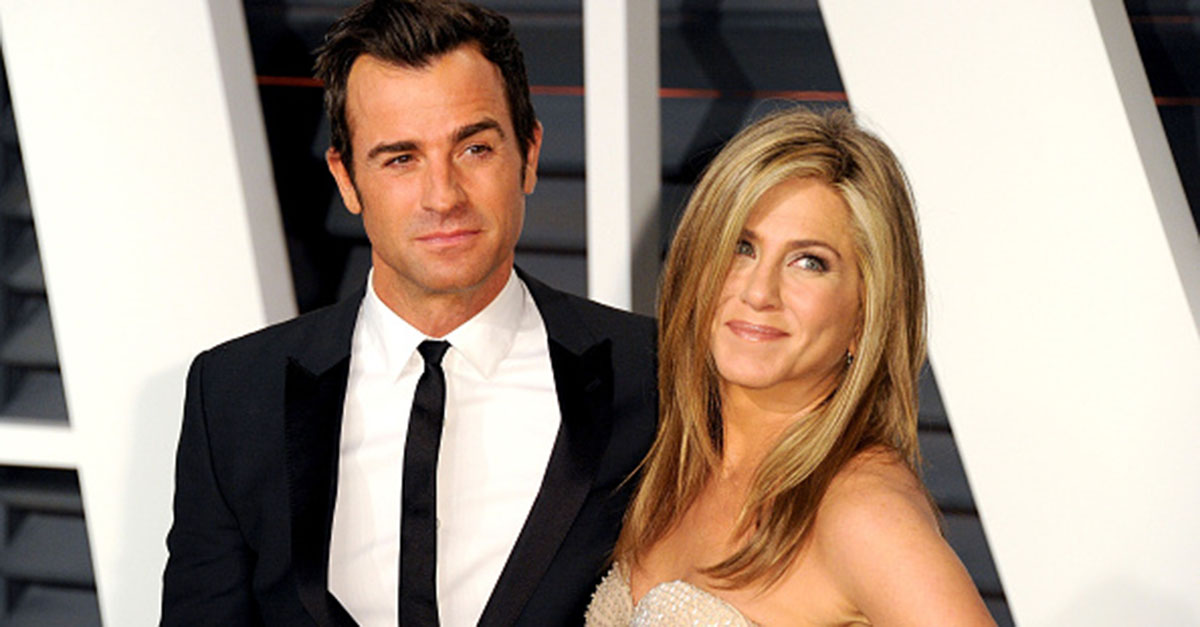 They may have split up, but Justin Theroux and Jennifer Aniston still reportedly spent the most romantic day of the year together!

“They saw each other late at night on Valentine’s Day in L.A.,” a source told PEOPLE. “They decided together that they would make the announcement the next day. Justin flew on a private jet to L.A. to see Jen one last time.”

The source, who is apparently close to the former couple, also claimed that Aniston wanted to minimize the media frenzy the split would cause.

“Jen didn’t want to announce it for as long as possible, because she wanted to avoid the media attention,” they said.

The couple stunned fans on Thursday with the announcement that they were separating.

Aniston and Theroux, both actors, had been much talked about tabloid fodder since they began dating. The two met on the set of “Tropic Thunder” in 2008 and began dating in 2011. After several years of courtship and constant tabloid attention, Theroux and Aniston wed in 2015.

“We are two best friends who have decided to part ways as a couple, but look forward to continuing our cherished friendship,” the two said in a statement about the split.

“Jennifer and Justin fell in love hard and fast, and yet they were never really suited to one another. He was a New York hipster that loved the alternative lifestyle, and Jennifer was living a much more reclusive life when they first started to fall in love,” a source shared with E! News. “The initial chemistry between them made it easy for them to ignore their differences and incompatibility.”

According to TMZ, there are actually no records of the couple’s marriage license in Los Angeles County, despite their tying the knot at their Bel-Air mansion in 2015. While confidential marriage licenses are available in the county, it appears Aniston and Theroux did not receive one. Of course, there are another 57 counties in California in which they could have gotten a marriage license, but sources close to them suggest speculation about the legality of their marriage has been brewing for years. So far, it looks like neither of them has contacted a divorce lawyer either.