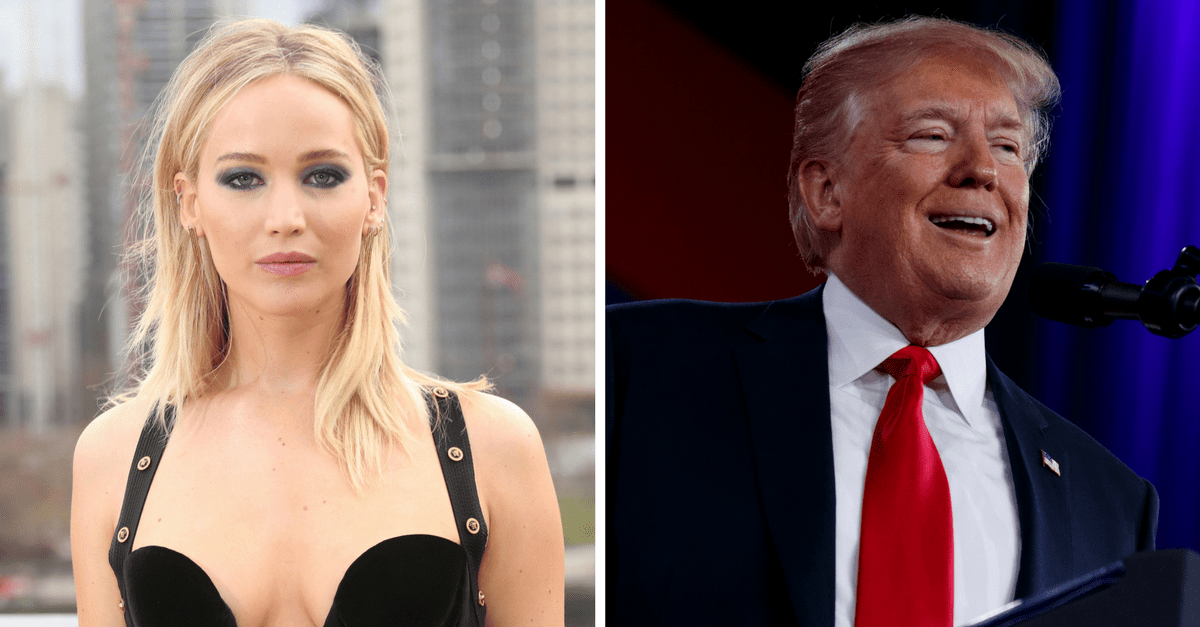 “I felt helpless, I felt scared, I felt devastated, and I found the only thing I could actually do is educate myself,” the 27-year-old actress said while speaking event at The Wing, a co-working and community space for women, in New York City. “The more I educated myself on our government, the more I realized everything that I care about? is affected by corruption. It doesn?t matter who we have in office, these problems will still exist. That is what we have to fix.”

An outspoken critic of the president, Lawrence recently told Oprah Winfrey she knows exactly what she would say if she ever came face-to-face with the man, and it would most likely end with “a martini to the face.”

“I?ve got a pretty good speech. And it ends with a martini to the face,” she joked at the time.

When Winfrey asked if she would be able to muster up the courage to actually speak to President Trump, Lawrence said, “Oh, I would, definitely. Oh, my God, I?ve been waiting for this moment. I?ll give you a hint – it?s not nice. You wouldn?t want me to say it to you.”

Even before he won the election, Lawrence had a message for the president.

?I was adamant on finding him and making a video of me going, ?Hey Trump, f**k you!?? Lawrence said of a time when they both attended the same concert. ?I wouldn?t rest until he was found, and I think he knew I was looking for him,? she said.

But President Tump isn’t alone, as Lawrence has some choice words for other politicians as well.

“I have something to say for all of them. I watch different characters on the news, and I?m like, ?You just wait.'” she said.