Jennifer Lopez is ready to end the rumors.

The singer sat down with Ellen DeGeneres on Tuesday, and when she was asked about her dating life (and rumored relationship with Drake), she decided to put the rumors to bed.

Lopez was totally beaming when she explained that she was “song writing” with Drake. DeGeneres flashed the photo of the two of them looking pretty cozy. Lopez claimed they were just “hanging out.”

“I hang out with a lot of friends, and we don’t hang out like that,” DeGeneres teased.

DeGeneres must have hit a nerve, because she brought up Lopez’s past with younger men, and Lopez got pretty defensive about it.

RELATED: Paris Jackson reveals whether or not she plans to follow in her late father’s footsteps and pursue a music career

She continued, “It’s about the person. It’s about who they are. It has nothing to do with age.”

“You don’t have to yell at me,” DeGeneres joked.

JLo said that when she started dating her first younger guy, she got the label right away.

“There’s a thing about it. I don’t think it should be a thing at all,” DeGeneres agreed.

“Or their body,” DeGeneres said. 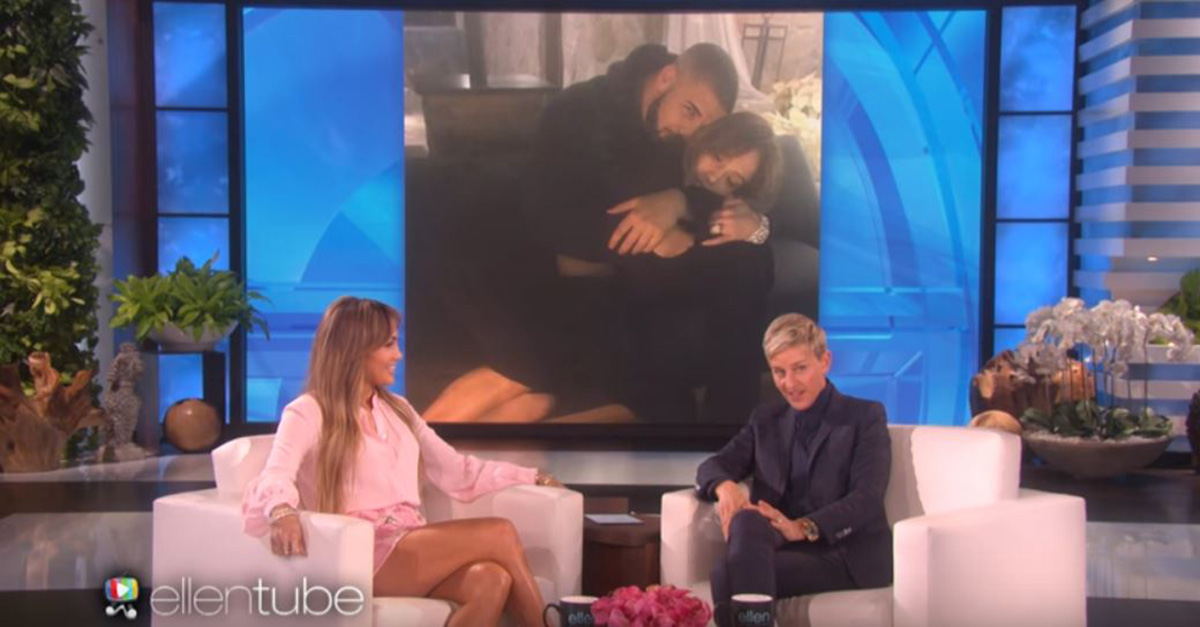