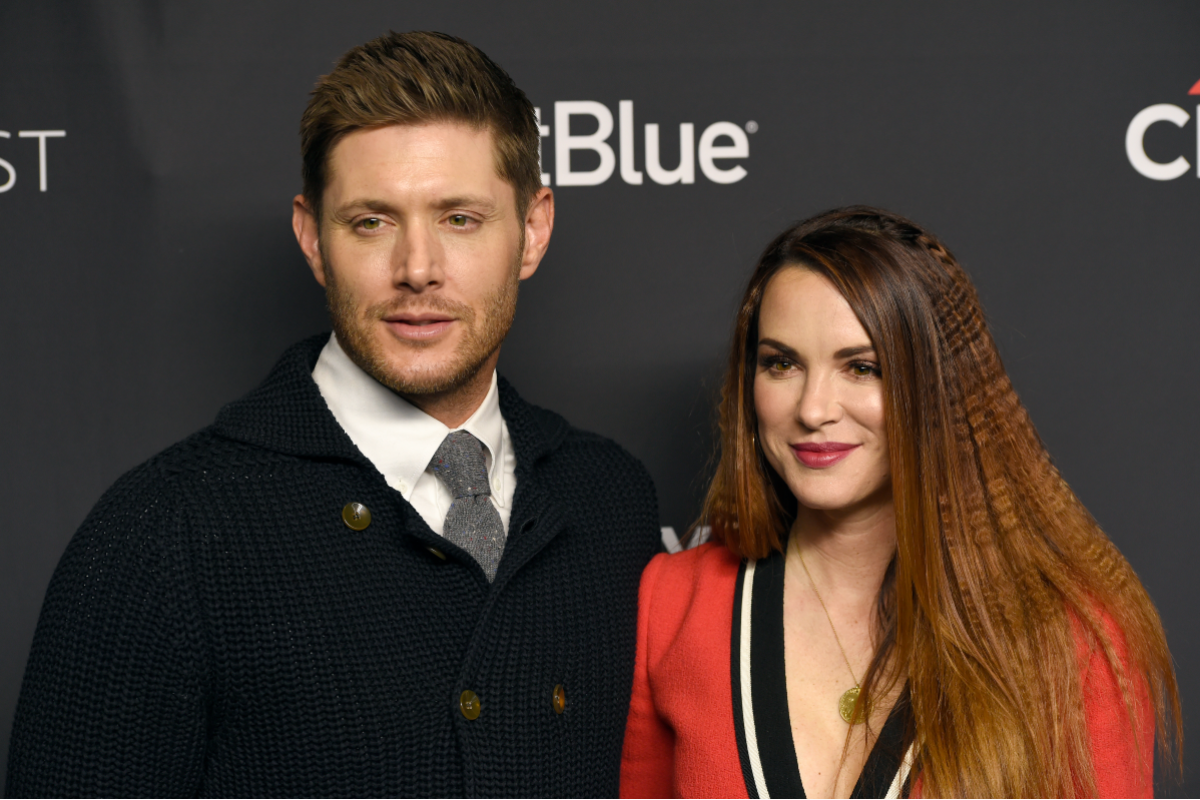 Jensen Ackles has more than one true love in his life. The first, obviously, is his Supernatural costar, Jared Padalecki, with whom he has long had a super-cute bromance. The second is his wife, Danneel Ackles, a gymnast, model, and fellow actor. Jensen and Danneel might go even further back than the Smallville star and his bro, having been friends for almost a decade before they were married. Let’s take a look back at the love story behind this super-sexy Hollywood couple.

From Friends to Parents

Danneel Harris Ackles (born Elta Danneel Graul) hails from Lafayette, Louisiana. Danneel grew up in Louisiana before moving to Los Angeles. The actress is best known for her role as Shannon McBain on the American daytime soap opera One Life to Live and as Rachel Gatina on the Warner Bros television drama series One Tree Hill.

Danneel has appeared in a number of TV series, including What I Like About You, NCIS, CSI, Charmed, and How I Met Your Mother. Her movie credits include The Plight of Clownana, Ten Inch Hero, Harold & Kumar Escape from Guantanamo Bay, A Very Harold & Kumar Christmas, and Fired Up! Jensen met his future wife Danneel Harris Ackles for the first time 10 years before they were married. The two began working together in 2004 during the shooting of the small indie film The Plight of Clownana, which Jensen co-produced. In 2007, they both starred in the movie Ten Inch Hero. It was during the filming of Ten Inch Hero when they began dating.

Although the stars spent a lot of time doing press for their film Ten Inch Hero right as it began dating, they were quite secretive about the status of their relationship. After two years it finally made their relationship public and the red carpet official and they attended the premiere of Ackles’s 2009 film My Bloody Valentine. Seven years after friendship and almost three years of dating Ackles and Danneel Harris finally became engaged in November 2009. The pair  never went into the specific details about how Ackles proposed, but the actor did note, ?Just know, I was sweating bullets, and I think her response to me was, ?What?s wrong with you?? And then it all kind of fell into place from there, and she said yes which is a good thing?which is the most important thing!?

So, six months after a long engagement they both tied the knot on May 15, 2010, in Ackles’ hometown of Dallas, Texas, at the Crescent Hotel. Harris wore a beautiful strapless Monique Lhuillier gown and had three bridesmaids who were all part of One Tree Hill, Hilarie Burton, Vebin Prince, and Elisabeth Harnois. Ackles?s on-screen brother and real-life best friend Jared Padalecki served as one of his groomsmen.

Fast forward to 2013, they announced they were expecting their first child, JJ, together in May that year. In 2016 Justin Jay Ackles became a sibling. The couple announced that they were having not only one but two babies after the actress was carrying twins. In early December 2016, they welcomed their twins, daughter Arrow Roads, and Son Zeppelin Bram.

The family currently lives in Austin, Texas, where they own a nearby brewery called Family Business Beer Co. with Dannel’s family. Due to the pandemic, the company had a close, but it’s totally reopening under the safety protocols. They offer outdoor tables by reservation and were able to stay in business and keep the staff employed. The brewery is also owned by Danneel’s brother Gino Graul. According to the actor, they decided to open the brewery since they were big fans of local beer scenes.

The actor stated, ?I love the variety that?s here. ?It?s not just cookie-cutter brewers. It adds to the spice of life that is Austin. Everything has its own flair,? Jensen continued, ?but I don?t feel like there?s any competition. We?re all in this together. As long as there?s quality, then it?s ?welcome to the table.? The brewery sells a variety of beers from IPA?s, Brownells, sour Ellis, Rye lagers, and barrel-aged brews.

Earlier, the couple formed a production company called Chaos Machine Productions. Under their deal, Chaos Machine will be able to develop original television programming for cable and broadcast networks as well as streaming services.