Menu
Follow us
Search
Menu
Search
Jeremy Renner arrives at the Oscars on Sunday, Feb. 26, 2017, at the Dolby Theatre in Los Angeles. (Photo by Jordan Strauss/Invision/AP)

Renner recently revealed that he broke both of his arms while filming a stunt, US Weekly reports. He broke his right elbow and his right wrist.

RELATED: Céline Dion stripped down and gave fans a peek at her toned body in a racy nude Instagram pic

Though the actor has been in numerous action movies, including Marvel’s “Avengers” series and the “Jason Bourne” series, he didn’t say when the accident occurred or other details about the incident.

Renner made it very clear that his injuries did not slow him down one bit.

“It won’t stop things that I need to do. I heal fast and am doing everything I can to heal faster,” he added. “I am doing a comedy that has a few stunts in. It won’t really affect my job. It affects how I get dressed in the morning — I cannot tie my shoes, but outside of that and everything else, I can kind of get by. […] I shall heal up before Avengers starts up again.” 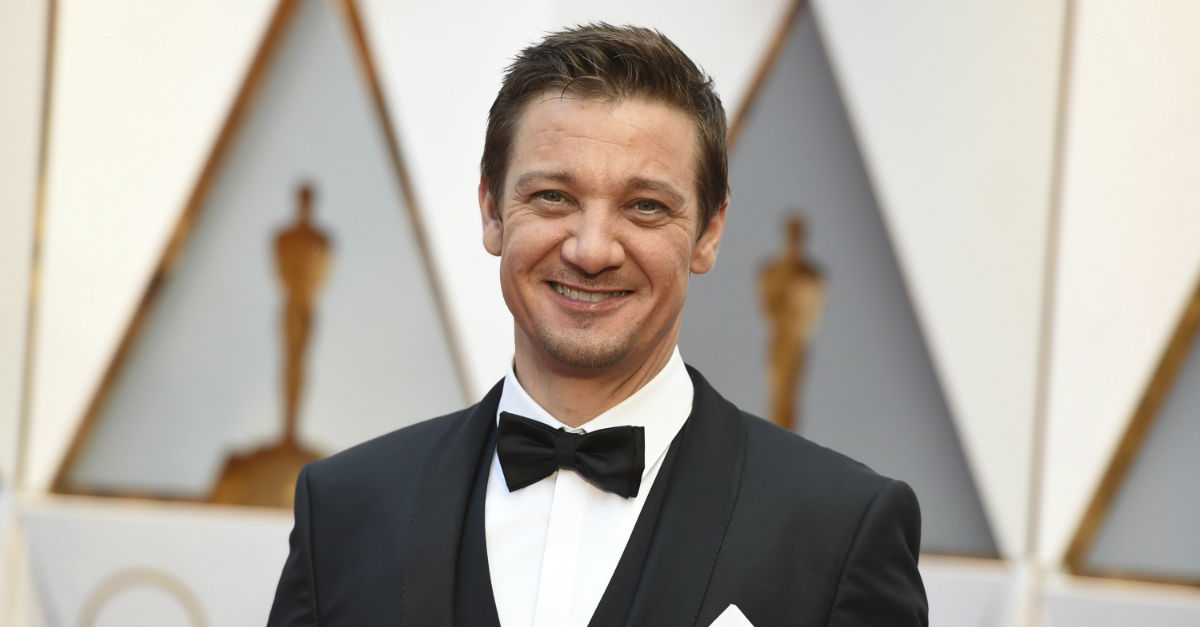