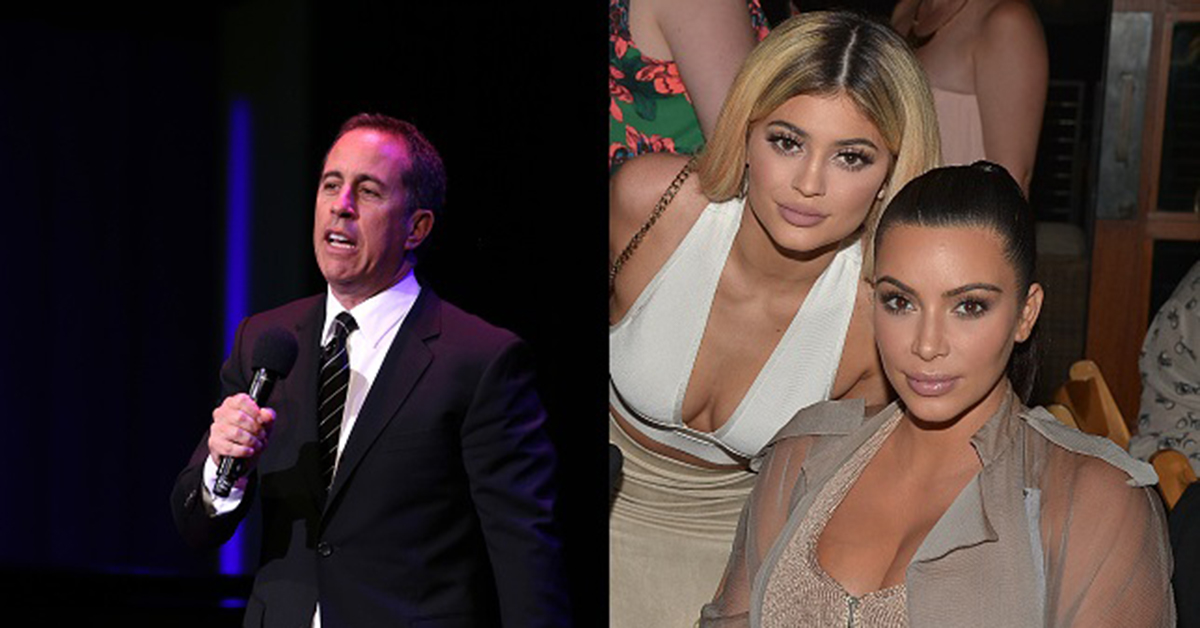 Jerry Seinfeld had to deal with a lot of unpleasant people and situations on his hit show. Whether it was Newman or Soup Nazis, he ran into a lot of people who bothered him and who he had to deal with. According to Page Six, Seinfeld now has a new group of people he has issues with — the Kardashians.

RELATED: Jerry Seinfeld explains why he refused to give interview-crashing Kesha the hug she desired.

In an interview with Mr. Porter, the comedian said the one time he really got upset with his children was when he saw his daughter watching the Kardashians on her phone:

For someone who for their whole life, television was the Olympics of being a comedian. It was only for the very best. You had to have everything. You had to go through all the different hierarchies of your career to get to television.

“These people are not doing anything interesting,” he said. “I lost my temper with that one.”