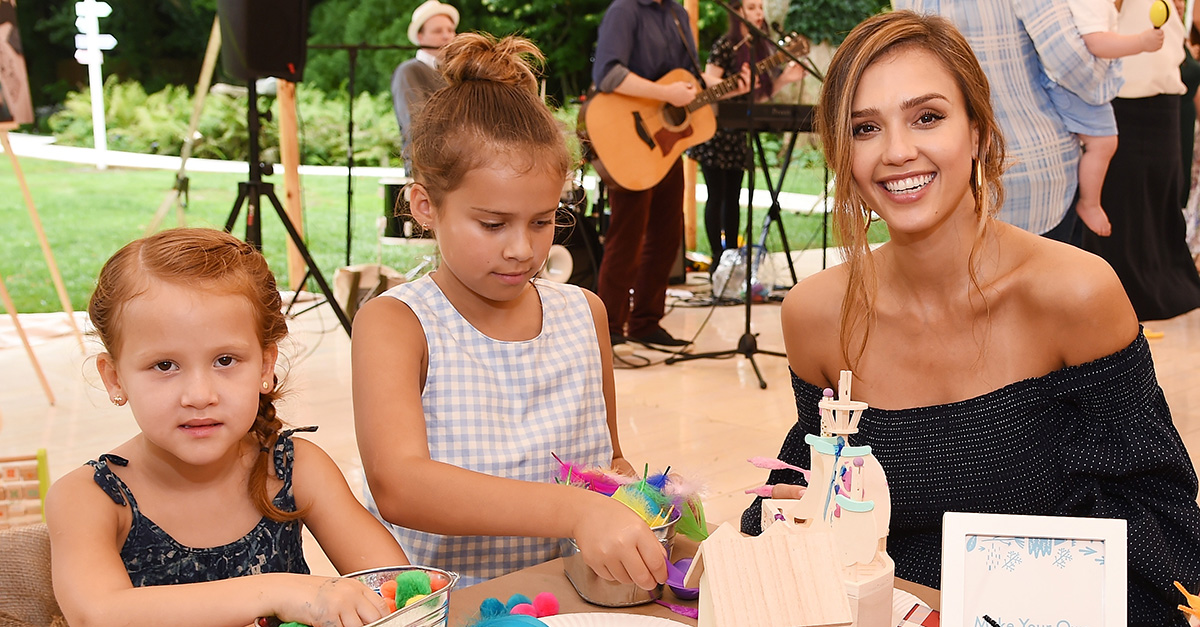 Jessica Alba’s daughters have got their little brother’s back!

The actress turned entrepreneur posted an adorable video of her daughters — Honor, 9, and Haven, 6 — lovingly holding their new 8-day-old brother. In the precious clips, Baby Hayes’ “big sissies” give him smooches while he sleeps, and at one point, the infant flashes a charming grin.

Alba and her husband of nearly a decade Cash Warren welcomed their third child on the last day of 2017. The showed off their newborn son in an Instagram photo.

?Hayes Alba Warren 12/31/17 Best gift to ring in the New Year!!? the actress captioned the photo of her little man. ?Cash and I feel so blessed. Haven and Honor are already obsessed with their new baby bro. ??? #familyof5.”

Hayes Alba Warren 12/31/17 Best gift to ring in the New Year!! Cash and I feel so blessed. Haven and Honor are already obsessed with their new baby bro. 👶🏽💙 #familyof5

Not long after, Warren took to social media to welcome his baby son with a sweet caption.

?Hayes Alba Warren: You sure know how to ring in the new year! You showed up a few days early, but we couldn?t be any happier.?

?Your Mamma is the strongest woman I know ? you?re so lucky to have her by your side,? he added. ?You have two amazing sisters who already adore you, and I know you?ll be thankful to have them guide the way.?

RELATED: This star shared graphic details about his son?s arrival at the Golden Globe Awards, and his wife wasn?t amused

Hayes is likely the last member to join the Alba-Warren brood. The Honest Company founder revealed to Extra back in November that after baby number 3, she was “done, done, done!”