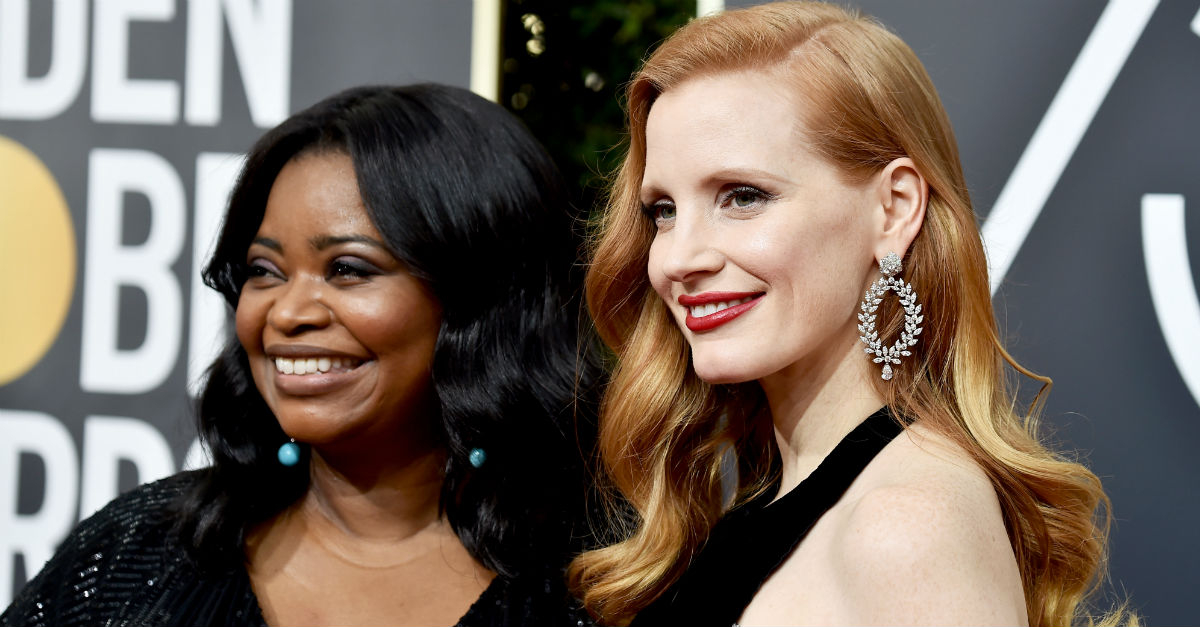 Actresses Jessica Chastain and Octavia Spencer found a way to even out the pay gap between them on a new project.

Jada Pinkett Smith told an audience of how Chastain and Spencer teamed up to raise Spencer’s pay. According to Smith, the pair went to negotiate their salaries together. If the project wanted Chastain, they argued, Spencer would need a higher offer.

Smith said that it was nice to march and wear black to award shows, but asked what was “being done behind closed doors.”

“I have to give my sister Jessica Chastain her props,” she said, encouraging others to follow the example.

Spencer said that she was “eternally grateful” that Chastain stood with her.

@akstanwyck this is correct except I should clarify that I am making 5x my salary bc Jessica stood with me. I don’t know what or if it cost her anything as far as her rate, I just know she stood with me, and am eternally grateful. https://t.co/JH8QRUIVJc

Chastain argued that male costars should do the same with female costars.

She had been underpaid for so long. When I discovered that , I realized that I could tie her deal to mine to bring up her quote. Men should start doing this with their female costars.

The story was heard ’round the internet.

So it seems that @jes_chastain and @octaviaspencer went to Universal and negotiated together and got more money as a unit. Fantastic. #TimesUp https://t.co/uBhqkRjKWx

Actions are so much more powerful than words, and you have demonstrated again and again that you intend to not just speak about change, but make that change. Thank you.

There are a lot of mouths in Hollywood, but from what I’ve seen, Jessica Chastain is about that action. https://t.co/ScJ72lxnp3

this is how you use your white privilege https://t.co/4pwgLxDMOR

Good on Jessica Chastain. And seriously, watch the clip at the bottom with Octavia Spencer telling the story. ALSO I AM SEEING THIS MOVIE. https://t.co/bp6drEiF2z