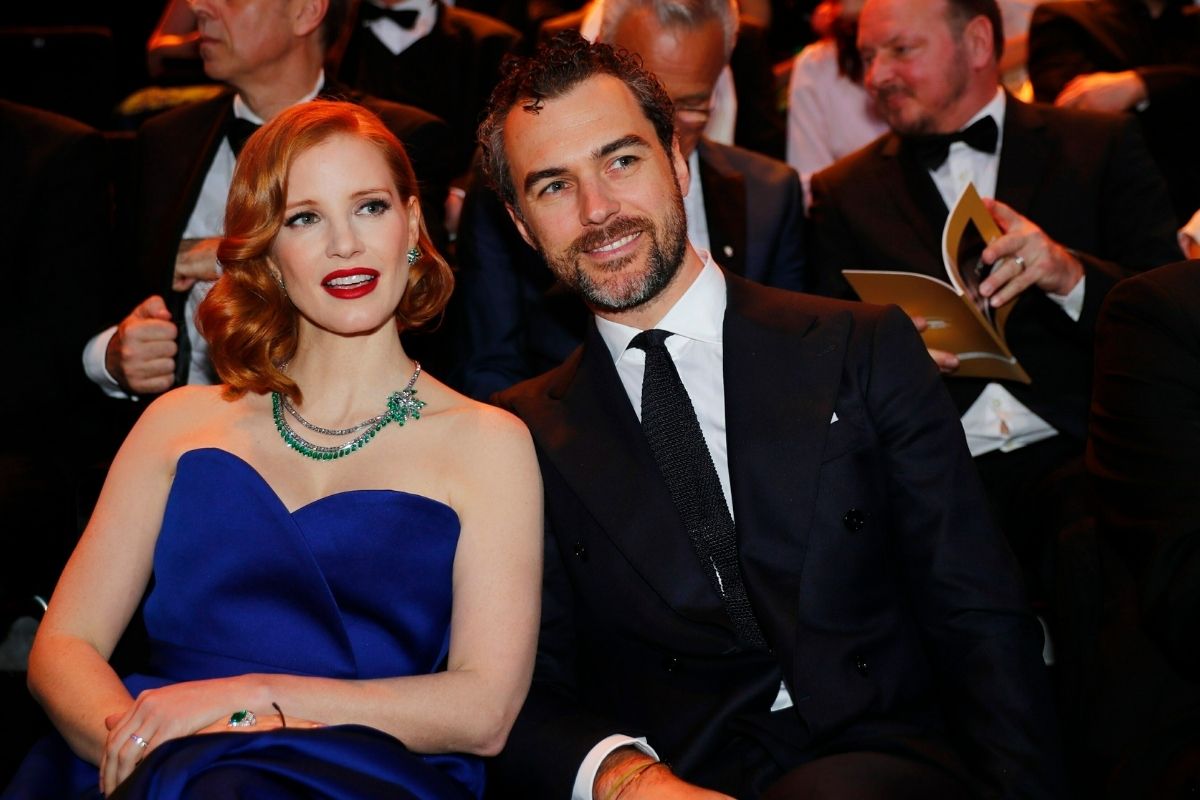 Actress Jessica Chastain seemingly has it all. She?s been called ?her generation?s Meryl Streep,? per The Wall Street Journal, was an Oscar nominee for her roles in The Help and Zero Dark Thirty, won a Golden Globe for Zero Dark Thirty and nominations for Molly?s Game, A Most Violent Year, and Miss Sloane, and has her own production company, Freckle Films, ?to champion not just women directors, but also voices that we don?t hear from,? as reported by The Guardian.

She’s also not afraid to go for blockbuster action movies, as she proved when she made The Huntsman: Winter?s War with costars Chris Helmsworth, Charlize Theron, and Emily Blunt. She?s an outspoken feminist who has advocated for equal pay in the workplace, mental health, and reproductive health. To top it all off, there’s her gorgeous husband Gian Luca Passi de Preposulo, who is both a fashion executive and an Italian count. The couple works hard to keep their relationship and family life relatively private, but there are a few details available.

To make their love story somehow even dreamier, Chastain and Passi De Preposulu met on the day Chastain found out she?d been nominated for an Oscar for her work in The Help. Per Yahoo! News, she told the story to Kelly Ripa and guest host Anderson Cooper during an appearance on Live with Kelly and Ryan in 2017: ?We met in Paris. It?s incredible because the day Gian Luca and I met was the day I got nominated for an Oscar?I know, it?s probably the best day I ever had.? The meeting took place at a fashion show; at the time, Passi De Preposulu was the director of public relations for Armani; today, he works with Moncler, another Italian luxury fashion brand, this one known primarily for its skiwear.

Per People, Gian Luca is the son of Count Alberto Passi de Preposulo and is descended from a noble Italian family who can date their lineage back to 973. Count Alberto lives on the family estate, Villa Tiepolo Passi, near Venice, Italy, where he ?sells produce from his estate ? ?cherries, apricots, apples, pears and quinces? ? and also rents out the estate for events, weddings and tourists.?

Is Jessica Chastain A Countess?

Jessica and Gian Luca married at the estate in June of 2017 after five years of dating. As the Italian aristocracy was officially dissolved in 1946, the title of Count, or Comte, is now in name only and Jessica Chastain did not become a countess upon marrying her husband, but it?s still a pretty cool fun fact. In an interview with The Wall Street Journal, Chastain explained that she?d never pictured herself as a wife, but Passi de Preposulo slowly but surely changed her mind: ?When I first met my husband, he knew that marriage wasn?t something I was interested in. And then as we got to know each other, the idea of marriage shifted for me. There are some things worth celebrating ? and he?s worth celebrating.”

How Do They Stay So Private?

The couple has managed to keep their life as private as a life in the Hollywood spotlight makes such a goal possible. Chastain told USA Today in 2016 ?I?ve never gone on the red carpet with a significant other. Never.? Since then, Chastain and Passi de Preposulo have been seen at a few award shows together, but it remains a relatively rare event.

The couple, who live in New York, has been similarly private about the births of their children. They quietly had their first child, daughter Giuletta via surrogate in 2018 and surprised paparazzi by ?welcom[ing] their second child in secret? in March of 2020, per The Metro, after being spotted out for a walk in Los Angeles, California, during which Gian Luca ?was pushing their toddler Giulietta in a stroller while Jessica had a carrier wrapped around her chest.?