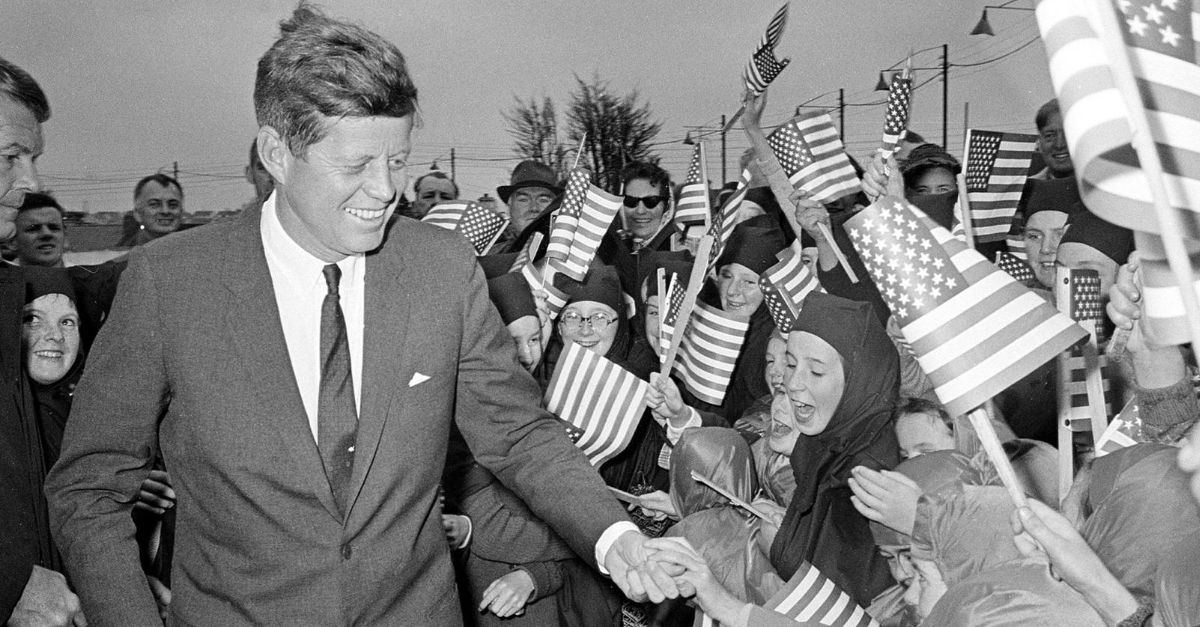 There has been a debate going on for some time for those wondering if 35th U.S. President John F. Kennedy actually wrote Profiles in Courage, a 1956 printing that was a study of U.S. senators. The book won JFK a Pulitzer prize and some question if it was actually written by Kennedy. Like most occurrences, there are multiple sides to this one. In 1954, while JFK was in his first term as senator, the idea of a study of U.S. senators first came to him. The idea started off as a potential magazine article. It quickly grew to the length of the book.

On this project, Kennedy’s right-hand man was his speechwriter Ted Sorensen. If Sorensen’s name doesn’t ring a bell on its own, recall a little known phrase attributed to JFK “Ask not what your country can do for you, but what you can do for your country”, that was penned or made more eloquent by him. It has been said that Sorensen was Kennedy’s alter ego. And while Kennedy was doing his duties as a senator, Sorensen was preparing memos, transcribing notes, reading books, and doing heavy research.

For half a year his fulltime project was the book, from sourcing to writing. Another heavy contributor was Jules Davids, Georgetown University professor of history. Another key individual in bringing to life JFK’s Profiles in Courage. The book was completed in a publication by the top of January 1956 and it was instantly a success. Senators profiled were John Quincy Adams, George Norris, Thomas Hart Benton, Robert A. Taft, Sam Houston, Daniel Webster, Lucius Lamar for their political courage showed in the face of adversity.

So, Who Really Wrote “Profiles in Courage?”

Not only was John f. Kennedy’s book a bestseller and a Pulitzer prize winner for biography in under a year, but the barely-promising Democrat was not in a primed spot for his election to the presidency, four years into the future. Not everyone was on board that Senator Kennedy actually wrote it. A columnist in a televised interview stated that “Jack Kennedy is…the only man in history that I know who won a Pulitzer prize on a book which was ghostwritten for him.” A statement to which Kennedy was quick to draw his legal punches. In Kennedy’s eyes, he’d credited his assessors,  and Davids Sorensen, for example. So, to him, he’d kept no secrets and had, in fact, been the author of Profiles in Courage. However, Historian Herbert Parmet’s book “Jack: The Struggles of John F. Kennedy”, published in the 80s take a deeper dive. His works including interviews with those near to Kennedy as he was working on it, his “research associates,” as well as access to President Kennedy’s notes on his writing project.

It appears that Kennedy’s most heavy contribution was on John Quincy Adams, of Massachusetts. Little of this actually made it into the book. Parmet concludes that while the book was JFK’s idea, and his voice leads the book,  “There is no evidence of a Kennedy draft for the overwhelming bulk of the book.” And that Sorensen “gave the book both the drama and flow that made for readability”. So, essentially it’s Sorensen’s book. In his 2008 autobiography, “Counselor: A Life at the Edge of History” Ted Sorensen graciously puts all the rumors to rest by stating that he did “a first draft of most chapters”. So, he basically wrote the book for Kennedy.

Profiles rose again in popularity and to a bestseller status after Kennedy’s presidential election and following this assassination, both in the early sixties. In 1964, Profiles in Courage was made into a TV series on NBC. It also inspired Richard Nixon to write his book Six Crises.

Watch: Why Jackie Kennedy Married JFK, According to New Details from Her Early Life