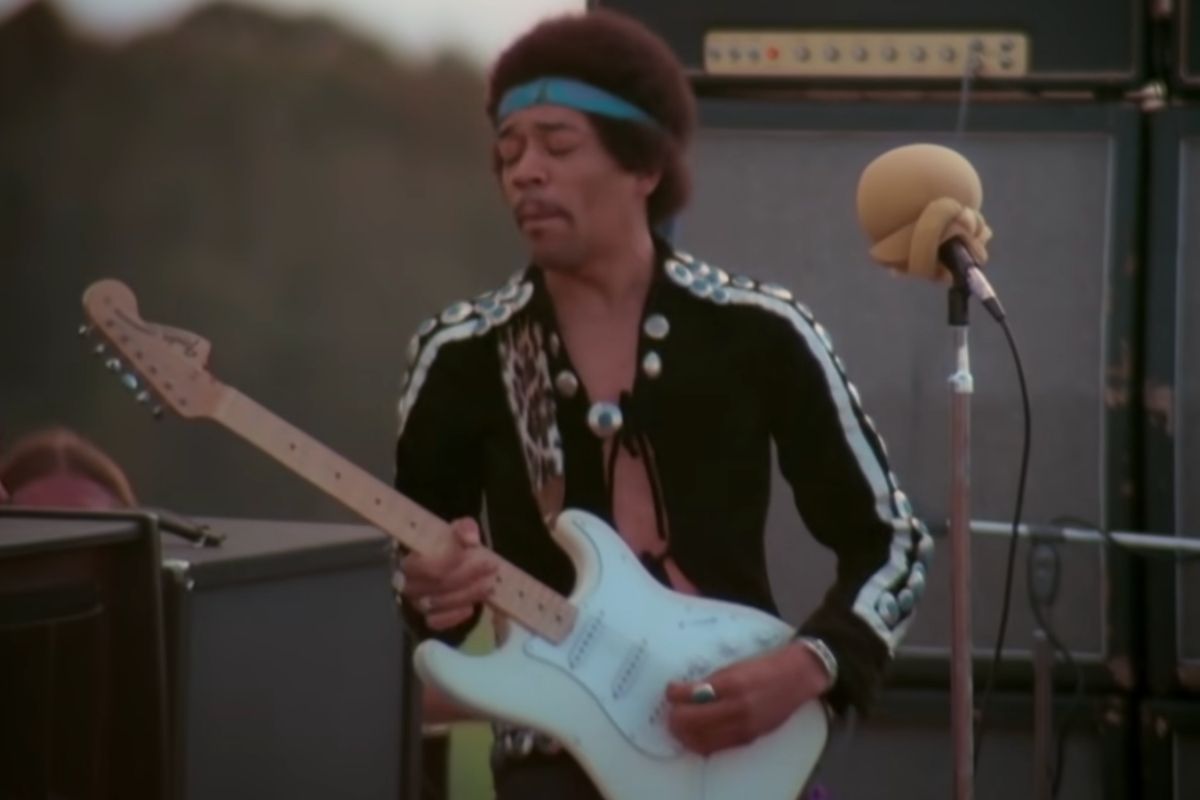 One of the most esteemed rock and rollers, Jimi Hendrix was one of the best guitarists in the world. But mystery still stems behind the details of his death. He had joined his first band at only 13-years-old, after receiving his first guitar at 11-years-old. After dropping out of high school to join the U.S. Army, he formed a band to water his love for music while in the military, calling it the King Casuals. After getting honorably discharged in 1962, his fame grew as he on to play with the Isley Brothers, the Band of Gypsys, Eric Clapton, Cream, and Little Richard.

He became a pillar of rock and roll with his rendition of “The Star-Spangled Banner” at Woodstock, and recorded three iconic studio albums, Are You Experienced, Axis Bold as Love, and Electric Ladyland. However, like Janis Joplin, Kurt Cobain, and Amy Winehouse, and many others, Hendrix became a member of the 27 club. And the death of Jimi Hendrix rocked the entire world.

“The Star-Spangled Banner” By Jimi Hendrix at Woodstock 1969

The dark day was September 18, 1970. A few days prior, Hendrix was in London, England, in completely poor shape. His fatigue stemmed from being overworked, consistent insomnia, and a sickness that was assumed to be influenza-related. He was dealing with professional frustrations, dealing with Billy Cox’s departure, the bassist of his band The Jimi Hendrix Experience and coming off the tails of performing at the Isle of Wight festival alongside music big names such as The Who, the Doors, Miles Davis, on his European tour.

He had also met up with his friend Eric Burdon, formerly of the Animals, to jam at Ronnie Scott’s Jazz Club with Burdon’s new band, War. However, when Hendrix showed up, he was not allowed to play because he was seeming under a drug-induced influence, resulting in Burdon just asking him to come back the following night to play. Nevertheless, Hendrix did, and played well, getting well received by the crowd. This, however, would be the last time a crowd got to see the Jimi Hendrix play live.

Although widely disputed, Hendrix spent his last day alive with his girlfriend, Monika Dannemann. He woke up late at her place in the Samarkand Hotel, Notting Hill, and by that afternoon, he was sitting outside in the garden area while she took pictures of him holding his favorite Fender Stratocaster, which he nicknamed “Black Beauty.”

Tony Brown, author of Jimi Hendrix: The Final Days, commented on Hendrix’s final moments, saying, “Jimi doesn’t look particularly healthy in these photographs: his face seems a little puffy and on only a few of the pictures does he attempt to smile.”

Hendrix and Danneman had been shopping and running errands throughout the day, including buying writing paper that held Hendrix’s last lyrics. They later visited with Phillip Harvey over tea, where a fight between the couple ensued because Danneman was upset and jealous that Hendrix was giving Harvey’s female companions more attention. Visibly upset, she stormed out of Harvey’s apartment, where Hendrix followed her, and the two were yelling so loudly that Harvey asked them to quiet down. The couple then left his apartment before 11:00 p.m.

“Room Full of Mirrors: A Biography of Jimi Hendrix”

They went back to Dannemann’s apartment, where she cooked for them and shared a bottle of red wine with Hendrix. Hendrix took a bath and wrote a poem called, “The Story of Life,” in which he says, ?The story of life is quicker than the wink of an eye.”

Later on that night, Dannemann took Hendrix to a party and the night’s intensity didn’t cease to slow. Living like a true rockstar, Hendrix took at least one amphetamine tablet at the party, but Dannemann was still getting onto Hendrix for his behavior with the other guests who were attending. Although everyone wanted her to leave, Hendrix eventually caved and left with her around 3:00 a.m.

Hendrix, still struggling with insomnia by the time the couple goes home from more of the amphetamines he took, asked Danneman for his sleeping pills. She said that she initially refused, hoping that he would fall asleep naturally, but then she took a sleeping pill around 6:00 a.m., while Hendrix was still awake.

The next day, Dannemann woke up around 10:00 a.m., finding the “Purple Haze” singer seemingly asleep next to her. She left her place to go buy cigarettes, but when she came back around 11:00 a.m., she found him unresponsive but breathing. She called an ambulance, and he was rushed to St. Mary Abbot’s Hospital.

After multiple attempts to revive him, he was pronounced dead at 12:45 p.m. He died by asphyxiation, choking on his own vomit that had stemmed from what he consumed throughout the night, including Dannemann’s prescription Vesparax sleeping medication, supposedly to be used as barbiturates. By the time he had reached the hospital, he was already dead.

His death has not ruled a suicide, however, and many conspiracies have risen from his death. Many think his manager Michael Jeffery, murdered him for his life insurance, and others have called attention to the inconsistencies in Dannemann’s storytelling of the incident. Brown, who kept in contact with Dannemann until her death in 1996, said that his phone calls about Hendrix’s death with her “would change from one call to the next.”

The lives of rock and roll icons are seemingly plagued with toxic relationships and drugs, and unfortunately, Hendrix was not immune to falling to a similar fate.

Watch: The Tragic Death of Janis Joplin (and What It Means)