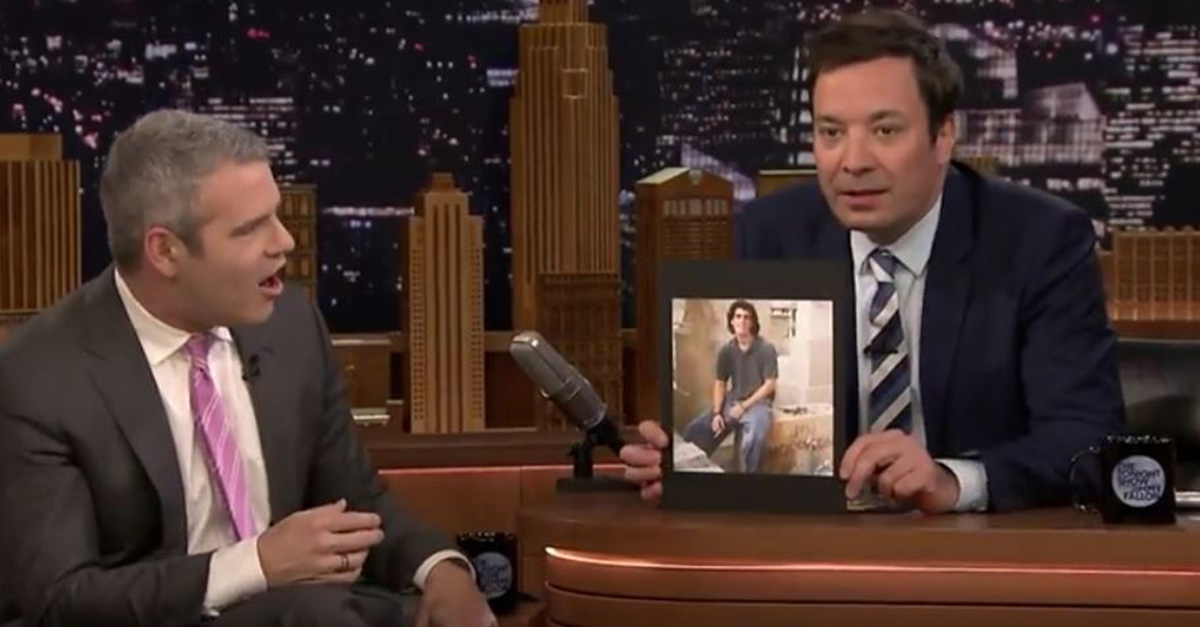 On Tuesday night, the Bravo star appeared on “The Tonight Show Starring Jimmy Fallon” and was dragged by the host while talking about his new show, “Then and Now.”

In honor of the nostalgia based program, Fallon decided to show off some of Cohen’s funniest childhood photos, and of course, they were all from his awkward stage between childhood and adulthood!

The first photo was a hilarious photo of Cohen wearing goggle-style glasses at his bar mitzvah.

“So bad!” Cohen said. “Nothing says ‘awkward teenage years’ more than these transition lenses reading the Torah! What is not awkward about that photo?!”

He continued, “It’s not sunny in the synagogue!”

Next up, Fallon shared another “bad” photo of a 20-year-old Cohen.

“Oh my God, this is so bad!” Cohen exclaimed. “I am sitting on Jim Morrison’s grave. I am 20 years old. I am attempting to smoke. I am essentially wearing Hammer Pants, which I wore because I remembered I always thought my butt looked good in them.”

So, it looks like Cohen’s awkward phase didn’t end after 20. The next photo Fallon shared was one of Cohen in his 30s at a live taping of MTV’s “TRL.”

“I was an established TV executive at this time!” he laughed at the fact he was going “crazy” over Madonna.