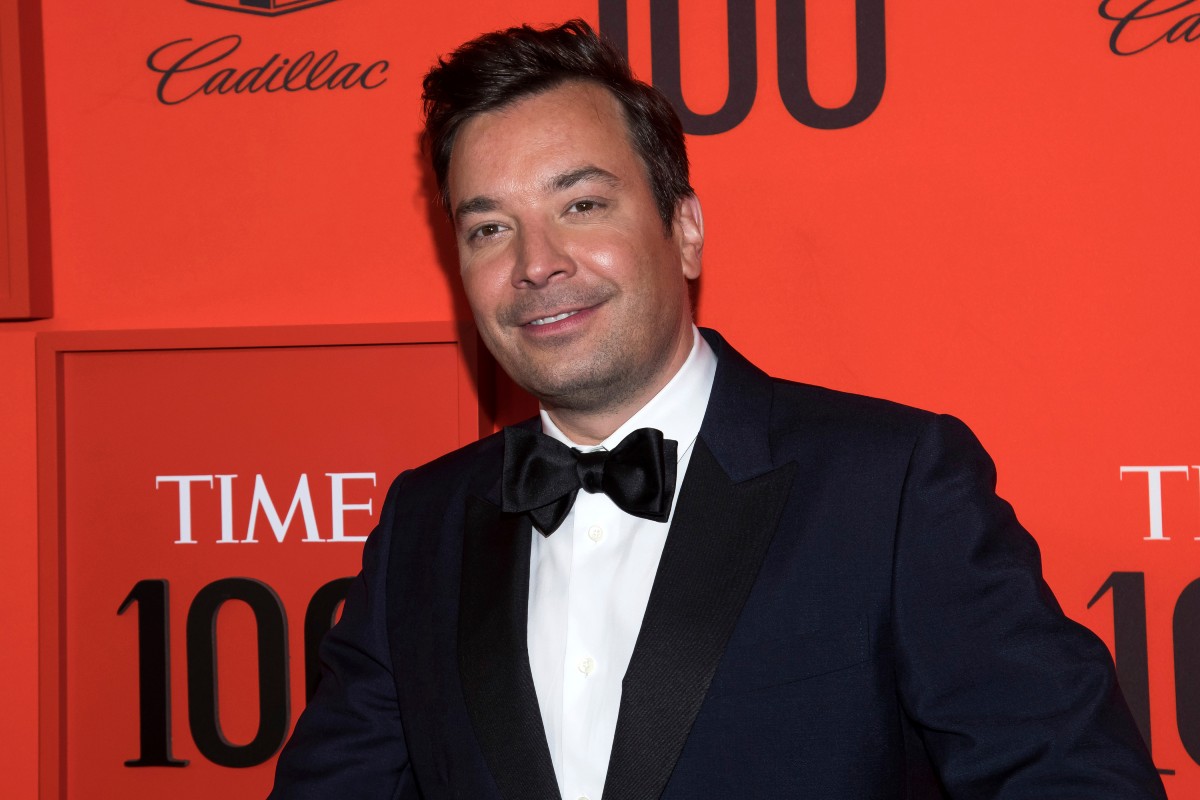 Decades before his rise to fame, Jimmy Fallon was named “Most Likely to Replace David Letterman” in his eighth-grade yearbook.

The American comedian hasn’t exactly replaced David Letterman, but Fallon does host a talk show of his own: the Tonight Show with Jimmy Fallon. And according to recent estimates, Fallon is the highest-paid late-night talk show host in the United States. In this article, we’ll chronicle the comedian’s ascent to late-night greatness.

On September 19, 1974, James Thomas Fallon was born in Brooklyn, New York to James W. Fallon and Gloria.  The Fallon family is Roman Catholic and Fallon served as an altar boy for many years — and even considered becoming a priest. Luckily for his fans, Fallon’s love of comedy outweighed his priestly ambitions. From a young age, Jimmy had a knack for impression. As children, the future television host and his sister Gloria would act on scenes from Saturday Night Live. When he was old enough, Jimmy took his celebrity impersonations on the road when he started performing standup at venues nationwide.

In 1995, Fallon dropped out of College of Saint Rose to move to Los Angeles and pursue comedy full-time. He secured a manager and got bookings at the age of 21. That’s where he would often do standup at the Improv, earning a minimum of $7.50 per set, joining classes with The Groundlings. After two years with the Groundlings he auditioned for SNL in 1997 but, unfortunately, was unsuccessful. But, he was cast in a pilot for The WB, making sure to include a clause saying if he were to join SNL he would be released from his contract. That’s when his managers send several videotapes to SNL producers.

After appearing on the show Spin City, he landed an audition with SNL. He impressed Lorne Michaels with his impressions of SNL alumni like Adam Sandler and Jerry Seinfeld and got the gig. Fallon was a cast member on the NBC show from 1998 to 2004.  From 2001 to 2004, Fallon famously co-hosted the SNL “Weekend Update” with fellow cast member Tina Fey. He quickly became what some could say a ‘charm bate’ gaining a large female fan base, becoming the program’s most featured mimic. He would do popular impressions of Jerry Seinfeld, Howard Stern, and Robert Deniro.

During his time with SNL, he released a book comprising several email exchanges with his sister Gloria, titled “I Hate This Place: A Pessimist’s Guite to Life,” and filmed a minor role for Almost Famous. He also co-hosted the 2001 and 2002 MTV Movie Awards and recorded his debut comedy album, The Bathroom Wall which was nominated for a Grammy Award for Best Comedy Album. He was later on named People Magazine’s 50 Most Beautiful People in 2002. Fallon began to pursue a movie career in 2004. His first lead role was in Taxi, co-starring Queen Latifah. He was apparently attracted to the film’s action-comedy tone, comparing wi with Eddie Murphy’s 48 Hrs. His second major role starred opposite Drew Barrymore in 2005 in the romantic comedy Fever Pitch.

Prior to leaving SNL, producer Lorne Michaels had mentioned to Fallon that he would be a great fit to take over NBC’s Late Night franchise when Conan O’Brien would depart to host the Tonight Show in the future. Michaels then urged NBC to give Fallon a deal so that other networks wouldn’t lure him their way. He aired his first show, Late Night with Jimmy Fallon, on NBC in 2009. The reviews were mixed, but Fallon did manage to prove himself different from other late-night hosts, with more dancing, games, music, and impersonation.

As of August 2013, it was said that Fallon’s earning salary was $11 million a year during his time on Late Night. He even went on to host the 62nd Primetime Emmy Awards in 2010. He later won a Grammy in 2013 for Best Comedy Album for “Blow Your Pants Off.” The show ran until 2014 when Fallon kicked off his second late-night talk show, The Tonight Show Starring Jimmy Fallon. He succeeded Jay Leno and became the sixth permanent host of The Tonight Show, debuting on February 17, 2014, with 11.3 million viewers. The rest is history.

What Is Jimmy Fallon’s Net Worth?

In 2020, Jimmy Fallon’s net worth is estimated to be $60 million. His estimated annual salary of $16 million makes him one of the richest comedians, along with Stephen Colbert ($15 million), Jimmy Kimmel ($15 million), and Conan O’Brien (12 million). It really doesn’t surprise us since the host is an actor, comedian, producer, television host, and writer. Plus let’s not forget his Primetime Emmy Awards.  As far as his personal life, Fallon met his wife Nancy Juvonen on the set of SNL, proposed in 2007, and married in 2007. They have two daughters, Frances Cole and Winnie.