Move over Jimmy Fallon, there are two new stars in town!

On Thursday, the “The Tonight Show” host celebrated the opening of his new ride in Universal Studios, Race Through New York, in Orlando, Fla., and his adorable daughters, Winnie Fallon, 3, and Frances Fallon, 2, couldn’t stop distracting their dear ol’ dad during his opening speech.

As Fallon tried to address the crowd, the girls wiggled in his and wife Nancy’s arms, making Fallon laugh and distracting him so much, he barely got through his speech!

RELATED: Actor Pierce Brosnan is ready to talk about the devastating losses of his wife and daughter

“I can’t believe this is really happening. We have been working on this ride for three years. We have a ‘Tonight Show’ ride. This is really happening,” Fallon said. “‘The Tonight Show’ is all about fun and positivity and laughter and putting a smile on your face, and that is what this ride is all about. I’m so proud of it. As a kid from upstate New York, I never managed I would be a talk show host let alone have my own ride. It goes to show that if you keep dreaming big anything is possible.”

When the audience clapped, the girls joined in and waved at the crowd. So cute!

According to E! News, Fallon has been working for three-and-a-half years on the creative idea for the ride with “The Tonight Show” writers Gerard Bradford and Mike DiCenzo as well as creative director Jason Surrell. 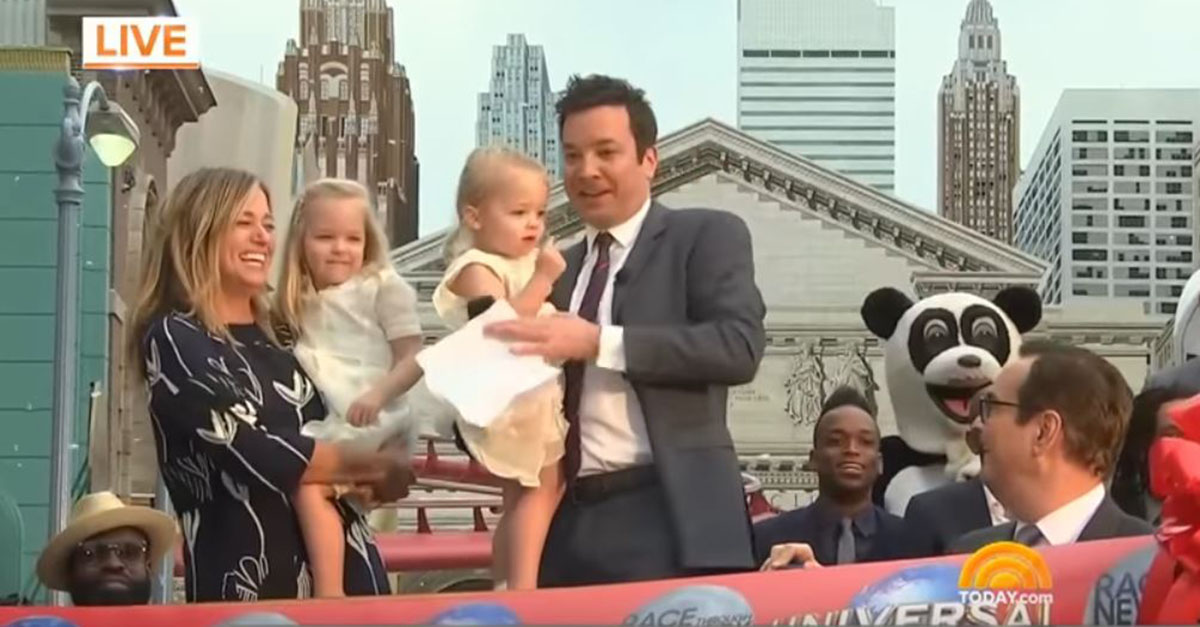