Jimmy Kimmel Married the Head Writer of His Show 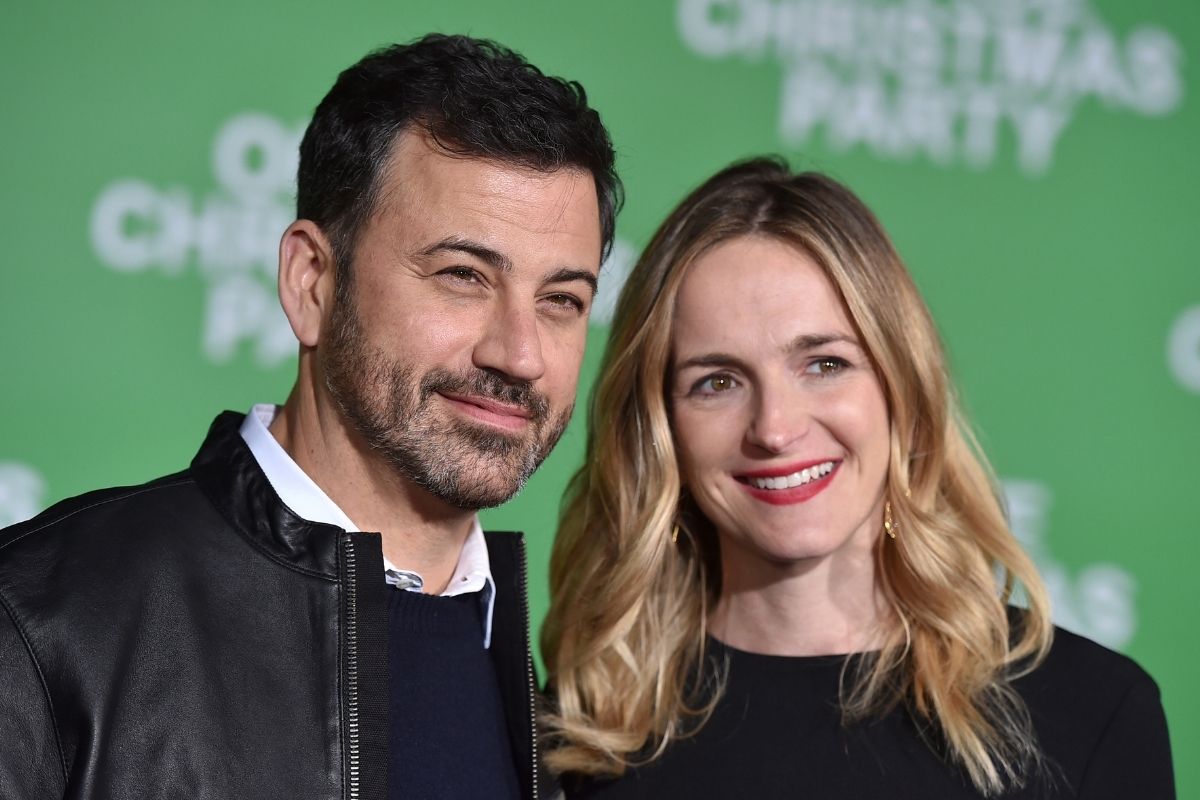 The two met for the first time behind the scenes of Jimmy Kimmel Live! 10 years ago. McNearney had just started as an assistant to the executive producer, who brought her into Kimmel’s office to meet him. As she remembered in an interview with Glamour, the late-night show host didn’t pay her any attention until her boss mentioned that McNearney competed in triathlons. That caught the comedian’s attention.

“Jimmy looked up at me and said, ‘That is really stupid! What a waste of time,’ McNearney told Glamour. “That was the first and only thing he probably said to me the entire first year of working there.”

But from these rocky beginnings, the love story only gets better. So we explored more about the romance between the talk-show host and his co-head writer.

Over the years, Jimmy and Molly slowly but surely became friends. “All the writers would socialize after the show, and we would just hang out more and more,” McNearney said. “We really liked each other as friends, and then it just kind of turned.”

McNearney says Kimmel won her over by cooking her favorite foods — as in, not just one of her favorite dishes, but five of them. Jimmy subtly asked his staff to list their five favorite foods during a writers’ meeting. Molly listed hers: pizza, gnocchi pasta, BLTs, crab claws, and cheeseburgers.

“Shortly after, he had invited me to his house, and I was very nervous,” she recalled. “I mean, this is my boss. I was thinking, I gotta be careful here. He opens the door, and the whole house smelled delicious. I walked in, and there was a pizza, a BLT, crab claws, a cheeseburger, and gnocchi. He had made them all from scratch. I couldn’t believe it, and I realized how incredibly thoughtful and generous he really was.”

They Kept it Professional while Dating

While dating, the couple continued to work together on Jimmy Kimmel Live! However, they were careful to keep their professional and personal lives separate.

To McNearney, this was particularly important because she had become the only woman on the writing staff. As she explained in an interview with The Hollywood Reporter, “I remember telling Jimmy, ‘If this doesn’t work out, nothing in your life changes, but mine changes completely.'”

Jimmy and Molly Tie the Knot

Three years after they started dating, Kimmel popped the question while the two were on a trip to Kruger National Forest in South Africa. The lovebirds were married on July 13, 2013 at the Ojai Valley Inn in Ojai, California. The 300-guest wedding included stars like Ben Affleck, Jennifer Garner, Jennifer Aniston, Justin Theroux, Matt Damon, Ellen DeGeneres, Emily Blunt, and John Krasinski.

As part of a prank, McNearny convinced actress Gabourey Sidibe to wear a wedding dress. Sidibe then proceeded to stand in for the bride, walking down the aisle and giving Kimmel quite a shock.

Jimmy and Molly Create a Family

By marrying Kimmel, who has also hosted the Oscars and won Emmy Awards, McNearny became stepmom to his kids, Kevin and Katie, from his previous marriage with ex-wife Gina Maddy. He was also dating comedian Sarah Silverman before he met McNeary.

In 2014, the duo had their first child of their own: a daughter named Jane. Three years later, the couple welcomed their second child: a son named Billy. The boy was born with a congenital heart defect that required open-heart surgery. McNearny and Kimmel were both very open about their son’s heart condition on Jimmy Kimmel Live! in order to demonstrate the family’s support of the Affordable Care Act.

“I just don’t understand. To me, children having access to health care, no matter what their parents’ income, should not be a divisive issue, but that’s where we are as a country right now,” McNearney told The Hollywood Reporter.

As a result, the ABC show has received both a surge in ratings as well as some backlash from viewers accusing the couple of exploiting their son Billy’s condition to support their political views.

“There have definitely been times where I couldn’t help but think, ‘Life would be so much easier if we could just go back to making fun of the Kardashians,’ ” McNearny joked.

Who doesn’t love a good Kardashian joke? Regardless, it is admirable that McNearny and Kimmel are using their fame to support causes close to their heart. Maybe it’s better to date your writers instead of your co-stars. I guess that takes the Bachelorette out of the picture for me.

Watch: Donald Trump Has Officially Left The White House, Tells Crowd ‘We Will Be Back in Some Form’