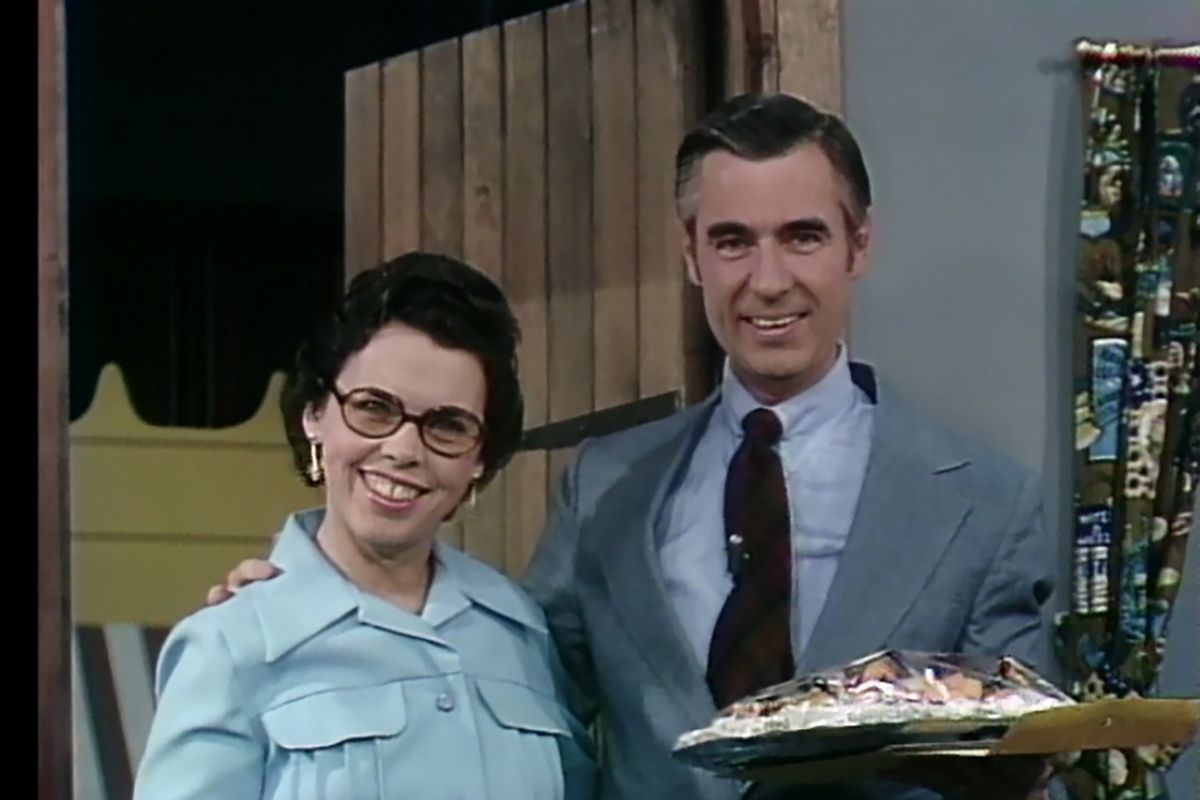 It’s a tragic day in the neighborhood. Joanne Rogers, the widow of Fred Rogers, has died at the age of 92, according to Fred Rogers Productions and the McFeely-Rogers Foundation. David Newell, who played Mr. Feely on Mister Rogers’ Neighborhood, also confirmed that she had passed away on Thursday.

Newell stated she had been hospitalized for a total of 7 days. Fred Rogers passed away in February 2003 at the age of 74. The couple was happily married for 15 years before Rogers died of stomach cancer. The city of Pittsburgh calls Mrs. Rogers one of our “favorite Neighbors.”

Joanne Rogers Dies at the Age of 92

Fred Rogers production released a statement on social media, reading, “Fred Rogers Productions is deeply saddened by the passing of Joanne Rogers. The loving partner of Fred Rogers for more than 50 years, she continued their shared commitment to supporting children and families after his death as chair of the board of Fred Rogers Productions. Joanne was a brilliant and accomplished musician, a wonderful advocate for the arts, and a dear friend to everyone in our organization. We extend our heartfelt condolences to Joanne’s family and the thousands of people who had the privilege of knowing and loving her.”

After his death, Mr. Rogers carried on his legacy of promoting love, kindness, and understanding by making a better world for children. In 2009, she was given the George Romero Legacy award at Steeltown Entertainment’s 2019 Elly Awards. To commemorate the Rogers, specifically Fred Rogers, Hollywood released A Beautiful Day in The Neighborhood starring Tom Hanks as Fred Rogers, which was released in 2019. Of the movie, she stated, “I loved it. I think Tom is a genius, almost. I want to give credit — Tom Hanks has gotten lots and lots of good press and he deserves every bit of it.”

“A Beautiful Day in the Neighborhood”

This film grossed $68 million worldwide with critics praising Hanks and Mathew Rhys’ performances and its heartwarming message. It was chosen by Time Magazine as one of the best 10 films of the year. For his performance, Hanks was nominated for Best-Supporting Actor at the Academy Awards as well as the Critics Choice, Screen Actors Guild Awards, Golden Globes, and BAFTA Awards.