Joy Behar Met Her Husband at a ‘Nudist Colony’ 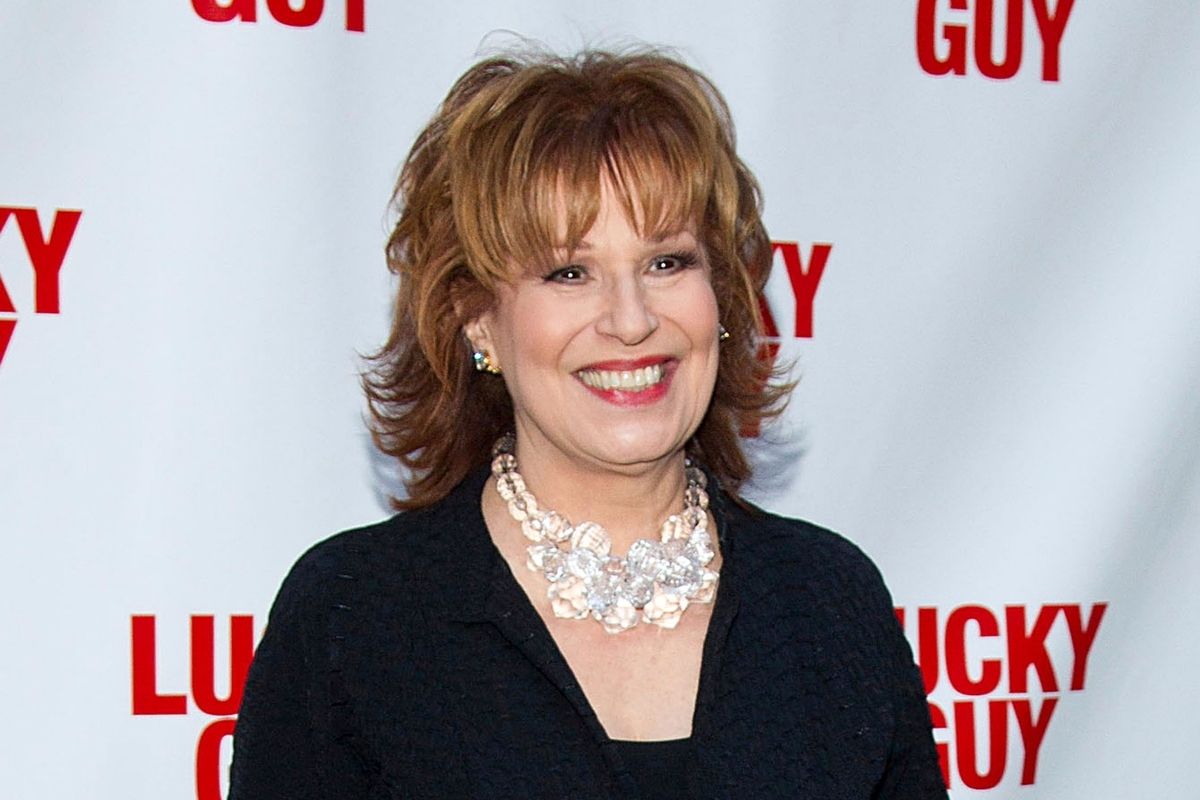 Funny women and co-hosts of the ABC talk show The View are Whoopi Goldberg, Sunny Hostin, Meghan McCain, Abby Huntsman, and Joy Behar. Behar has been in the entertainment business for quite some time and is one of the show’s original hosts since its Fall 1997 premiere. Joy Behar is known for her humor and being balls-to-the-wall out there, fun and crazy personality. You know – except for the few times when she catches shit from ex-cohost Sherri Shepherd, but no one’s talking about that right now! Behar often speaks of her husband, Steve Janowitz, and here’s what you need to know about the celeb couple.

The talk show host met her husband, unlike many couples and especially unlike many other tv show hosts- in a way more extreme than sliding into the DMS on social media. She met him living it up in her own time in her personal life and at a Semi-Nudist Colony. She spotted him across the way and was a fan.  The two started dating in 1982 after being separated from her first husband, Joe Behar, married from 1965-1981. She and Joe shared one child, Eve. Joy, not letting anything hold her back, dated Janowitz and would remain to do so for 29 years.

It wasn’t as if Steve Janowitz, a retired teacher, wasn’t trying to become Joy Behar’s husband. He was, but, Behar broke off the engagement in 2009, two years before they would end up wedded. She joked to NY daily news: “I?m getting my own talk show on HLN, so I don?t have to get married anymore.” While that was true, and she got her own show, The Joy Behar Show, she also admitted, “Actually, I got cold feet again, so I don?t know what I?m going to do. It?s off the table. What?ll happen is, when I decide to do it, I?ll do it, and then everybody will know I did it. I can?t make up my mind.? Which she did in 2011.

With more jokes, she offered more thoughts on marriages and the types of things that come with them: ?I waited until all the parents were dead…So I have no in-laws at all. He has none, and I have none. ?Cause marriage is mostly about in-laws, I find. They always want you to visit them and come for lasagna.” Without the added pressure, she and Joe live in New York City, near Manhattan, where, in a pandemic-free world, she gets to frequent Broadway, and she loves it!

Joy Behar on “The View”

Oh, and if you didn’t know, she has also recently garnered attention for a comment regarding Dancing with the Stars and one of the dancers this season, Carole Baskin. Can we all boo together for that horrible woman from Netflix’s docuseries Tiger King? On The View, host Joy Behar said that she wanted to see Baskin’s husband appear on DWTS because she hadn’t seen the show and wasn’t aware that he was fed to a tiger Carole Baskin. Moment of silence for Joe Exotic, too. But, back to the husband. Apparently, Joy Behar and her husband spend romantic evenings at home watching Hoarders. After 30 years together and about a decade as man and wife, it seems Joy has it all figured out!