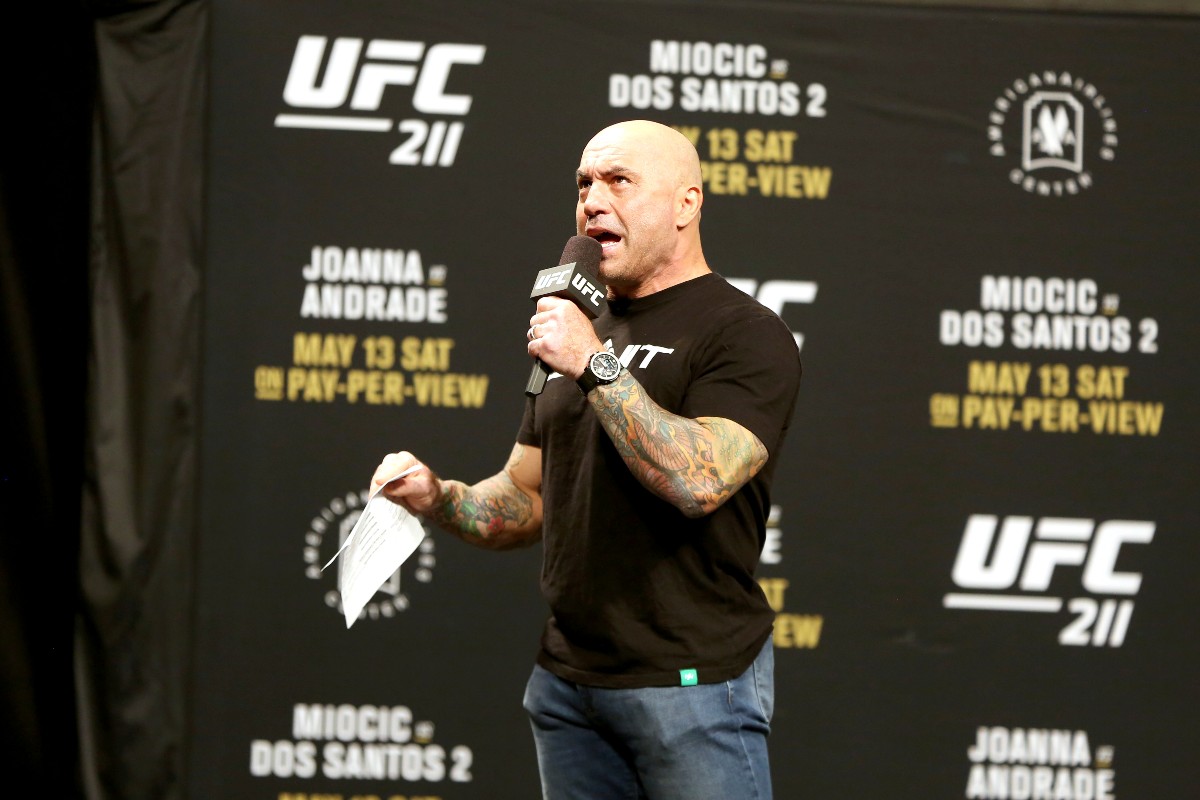 Behind many-a-great woman, there is a pretty great man. Behind Jessica Rogan is Joe Rogan, the standup comedian behind the popular podcast, The Joe Rogan Experience. While Jessica’s name might not be as recognizable as her husband’s, she is so much more than simply Joe Rogan’s wife. Joe Rogan made a name for himself as a TV show actor and host for the television series Fear Factor — which he hosted from 2001 to 2006 and again in 2011. A mixed martial arts and standup comedy enthusiast, Joe would go on to become a UFC commentator and interviewer.

Joe launched The Joe Rogan Experience podcast back in 2009. Since then, the podcast has skyrocketed in popularity, downloaded nearly 200 million times per month by listeners from around the world. Over the years, the podcast host has interviewed an impressive roster of noteworthy guests, including Bernie Sanders, Kanye West, Anthony Bourdain, Lance Armstrong, and Elon Musk. The podcast has blossomed into one of the most popular podcasts of all time. Earlier this year, Joe signed a licensing deal worth more than $100 million with Spotify.

Although Rogan intersperses the guest interviews on his podcast with personal insights and anecdotes from his personal life, the podcaster tries to keep his family life private. That’s why even avid Joe Rogan fans may not be familiar with his wife, Jessica Rogan, which is too bad because she’s a pretty cool lady.

Joe Rogan’s wife Jessica was born Jessica Ditzel in Sugar Land, Texas. Jessica is the daughter of comedian Robert Schimmel and one of seven children with five brothers and one sister. Jessica graduated from Doherty Highschool in Colorado Springs before studying Arts and Technical Theater at California State University. After getting her first Bachelor’s degree, she continued on to the University of Arizona to get a second Bachelor’s degree in Psychology and Molecular and Cellular Biology.

Jessica has led a diverse professional life, working as everything from a product analyst to a cocktail waitress. Jessica even held a professional modeling career before becoming a successful TV producer, which is her current profession. Jessica met Joe at a Los Angeles bar where Jessica once worked as a waitress. They began dating in 2001 and were wed in 2009. Once married, Joe adopted Kayja, Jessica?s daughter from a previous relationship. Kayja?s biological dad, Kevin Connor (commonly known as Dino from the music band H-Town) was killed in a car crash in 2003. During their two decades of marriage, the couple welcomed three daughters into their family: Lola Rogan, and Rosy Rogan. The Hollywood family of five lives together in Austin, Texas. Believe it or not, Rogen purchased a whopping $14.4 million Texas mansion! Safe to say this family is doing just fine.