Could *NSYNC be reuniting for a Super Bowl Halftime Show? According to member Joey Fatone, they very well could be.

Fatone was recently stopped by TMZ and asked to comment on the possibility of *NSYNC member Justin Timberlake being the Halftime Show act for Super Bowl LII.

The same interviewer asked Fatone if the rest of *NSYNC would join Timberlake on stage if he was to perform.

RELATED: This timelapse video of Chrissy Teigen’s hair and makeup routine is both mesmerizing and exhausting.

“We’ve done Super Bowl before,” Fatone said, speaking of when *NSYNC performed with Aerosmith and Britney Spears in 2001.

“You know what, it’s one of those things. Just like we did the MTV awards … You know, if someone asks to do it, if it’s right, then we do it. If everybody can’t do it, then we don’t do it. It’s pretty simple.”

The band last reunited to perform at the 2013 MTV Video Music Awards, performing some of their hit songs like “Bye Bye Bye.” Whether or not they’ll reunite for the next Super Bowl is still up in the air, but we can be hopeful. 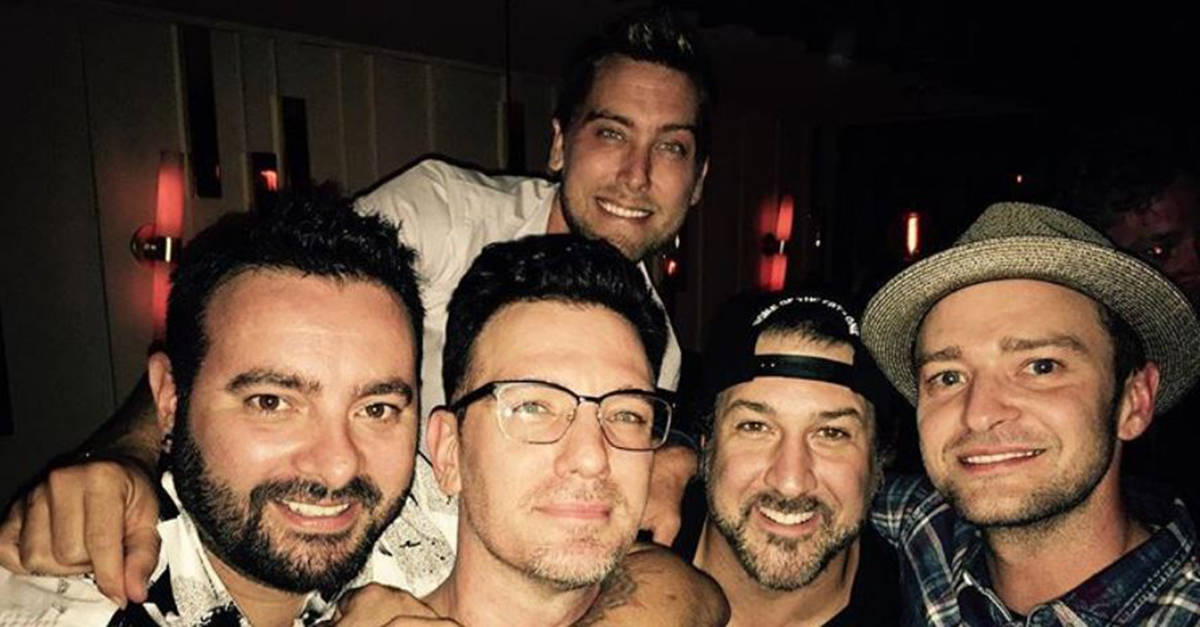