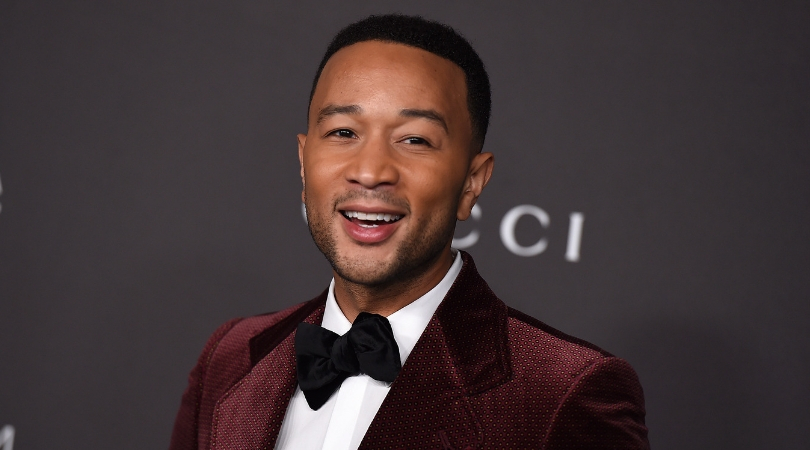 The icing on top of Chrissy Teigen‘s sassy pie has just been served. Her husband, hottie John Legend has just been crowned ‘People’s Sexiest Man Alive.’ Which, uhm, yes, I can get behind that.

While on a recording for The Voice, where Legend is a judge, Blake Shelton broke the news and congratulated him, welcoming him to the club. The country singer was named ‘People’s Sexiest Man Alive’ in 2017. Shelton then presented Legend with a sparkly pair of shorts that said “EGOTSMA”. The last three letters S-M-A represent the newest award. The EGOT is the Emmy, Grammy, Oscar, and Tony award.

Very few people have managed to win all four of these awards, and he is one of the youngest. Safe to say his talents speak for themselves. He is a 10-time Grammy winner, an Oscar winner for Glory (a song he co-wrote from the film Selma), has a Tony Award for his co-producing efforts on Jitney and has an Emmy award for his portrayal of Jesus in Jesus Christ Superstar.

Legend follows The Voice veteran coaches, Blake Shelton and Adam Levine in receiving the award. Other to receive the title are Dwayne ‘The Rock’ Johnson, David Beckham, and Idris Elba, who was ‘People’s Sexiest Man Alive’ 2018. Which he seems to be a bit surprised by. In a Twitter post thanking People magazine, he said he was a bit perplexed, but honored.

1995 John would be very perplexed to be following 2018 @IdrisElba as #SexiestManAlive. Hell, 2019 John is about as equally perplexed but thank you @People for finding me sexy. I'll take it 🤓

Chrissy Teigen is doing what she does best, balancing being a working mother, being unnecessarily attractive and a social media quippy. She has updated her Twitter bio to “currently sleeping with People’s Sexiest Man Alive.” I mean.. like, wouldn’t we all? She is sure one proud wife! Congrats, Legend!