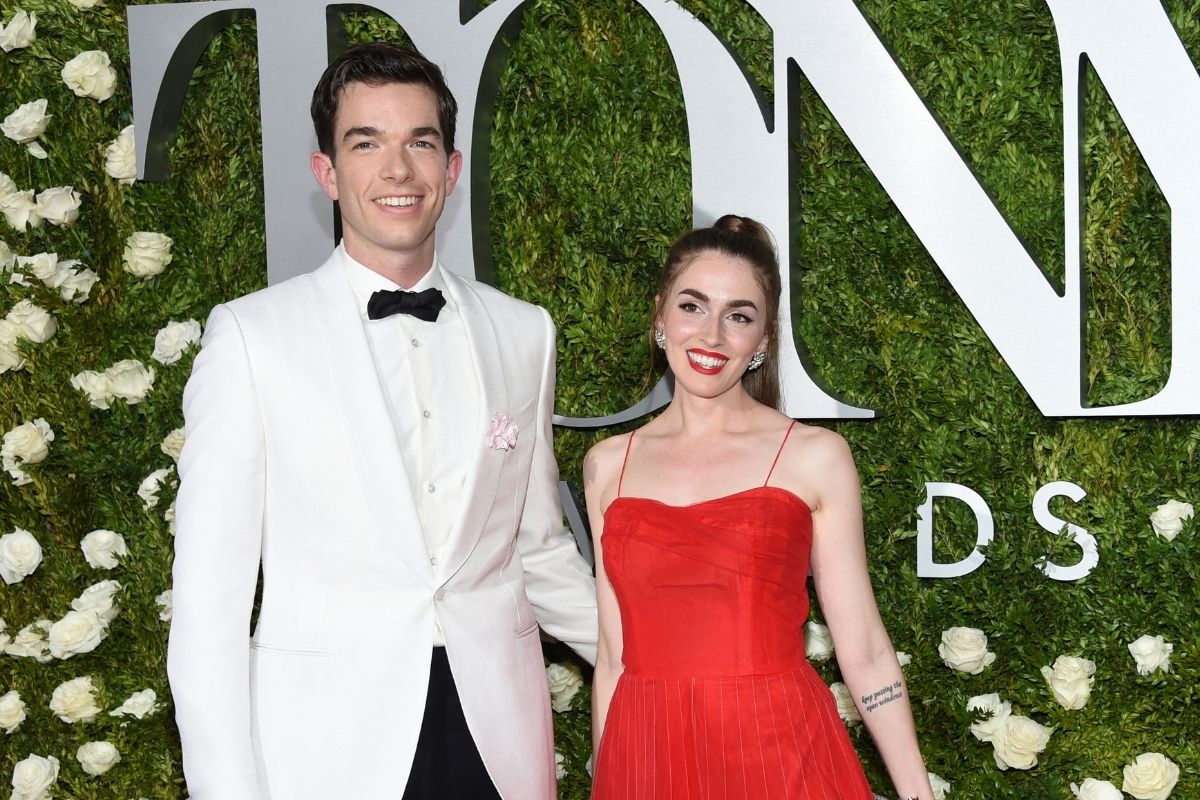 Stand-up and sketch comedian John Mulaney made headlines recently when he checked himself into a rehab facility due to a lapse in his sobriety from cocaine and alcohol. Following his 60-day stint, Mulaney issued an announcement that he and his wife, Annamarie Tendler, would be divorcing after six years of marriage.

Tendler, an artist and master?s candidate in NYU?s Costume Studies program, has removed pictures of the couple from her Instagram account and the two have stopped following each other on social media. Tendler told Page Six through a spokesperson, ?I am heartbroken that John has decided to end our marriage. I wish him support and success as he continues his recovery.”

Mulaney appeared on stage for the first time since leaving rehab and announcing the divorce on Monday night. According to several fans on Twitter who attended the show at City Winery in New York City, Mulaney discussed his experience in rehab in his new set.

In response to the performance, Rolling Stone editor David Fear tweeted, “So John Mulaney at City Winery was…intense. Ninety minutes that was mostly processing his intervention and rehab experience. Remarkably raw, vulnerable, personal. ‘When I?m alone, I realize I?m with the person who tried to kill me.’ Hilarious, harrowing, brave, historic.”

Mulaney is Back on Stage!

So John Mulaney at City Winery was…intense. 90 mins that was mostly processing his intervention and rehab experience. Remarkably raw, vulnerable, personal. “When I’m alone, I realize I’m with the person who tried to kill me.” Hilarious, harrowing, brave, historic.

The show kicks off the comedian’s five-day residency, ?John Mulaney: From Scratch?, which runs from at Manhattan?s City Winery from May 10 to May 14. Every show has sold out, but fans can add their name to a  waitlist. A ?vaccine or negative COVID test is required? to attend.

Editors Note: This article was originally published on April 13, 2021. It was updated on May 11, 2021, after John Mulaney and Anne Marie Tendler announced their divorce. Below is information that was published before the new updated information was included.

John Mulaney was born on August 26, 1982, in Chicago, Illinois. After graduating from Georgetown University, he moved to New York City to pursue a comedy career. After working an office job for a year at Comedy Central, he pitched the idea for a spoof of the VH-1 show I Love The ?80s called ?I Love The ?30s,? per AllMusic. He wrote the sketch with comedians Nick Kroll and Brian Donovan. This brought him to the attention of established comedians like Mike Birbiglia and Demetri Martin, who hired him to write for their television projects.

Mulaney auditioned for Saturday Night Live in 2008 and was hired as a staff writer. He recorded and released his first comedy album, The Top Part, in 2009 and included material about his experiences with alcoholism. In 2011, he won an Emmy for co-writing Justin Timberlake?s SNL host monologue. He had his own sitcom, Mulaney, for one season on Fox and released his second album, New In Town, which topped the Billboard Comedy Albums chart. A special recorded for Netflix, The Comeback Kid, premiered in 2015 and was nominated for an Emmy. In 2016, he and Nick Kroll brought their show Oh, Hello to Broadway. In 2018, he toured his standup show Kid Gorgeous and returned to SNL as a host. The Netflix special Kid Gorgeous at Radio City was nominated for an Emmy, as was his 2019 spoof of classic children?s television John Mulaney & The Sack Lunch Bunch.

Annamarie Tendler was born on June 9, 1985, in Connecticut. She worked as a makeup and hairstylist in New York City and was one of the first well-known online beauty gurus, running a Tumblr called The Daily Face, featuring beauty tutorials and make-up ideas, per Bustle. She wrote a book version of her Tumblr, also called The Daily Face, as well as a hairstyling book called Pin It!: 20 Fabulous Bobby Pin Hairstyles. She became a frequent contributor to MTV Style, Glamour, Hello Giggles, and other publications. She went on to have an extremely popular Instagram featuring, among other things, her adorable French bulldog, Petunia.

Per a 2018 interview with Architectural Digest, Tendler became frustrated while looking for lampshades to decorate her and Mulaney?s new home and decided to learn how to make her own reproductions of extremely detailed, maximalist Victorian lampshades. She posted her creations to Instagram and immediately got requests from customers who wanted their own. The result was her own business, Silk Parlor, for which Tendler ?makes each lampshade entirely by hand using both new and vintage fabrics, trims, and fringe. In addition to lampshades, Anna?s work in fiber includes embroidery, weaving, and textile conservation.?

John Mulaney and Annemarie Tendler married on July 5, 2014, in Boiceville, NY at the Onteora Mountain House, per Us Weekly. Dan Levy of Schitt?s Creek fame performed the ceremony. According to their wedding website, which no longer exists, they met during a group vacation to Martha?s Vineyard; ?John rode shotgun while Anna drove a carload of people home. He did bits the whole ride and killed. They were not dating at the time, but Anna knew they would be soon after.?

Mulaney has been open about his issues with drugs and alcohol; as reported by The Sun, in New In Town he joked ?I don’t drink. I used to drink, then I drank too much and I had to stop. That surprises a lot of audiences because I don’t look like someone who used to do anything.” In an interview with Esquire, he discussed how he?d ?loved cocaine? and told the interviewer: ?I wasn?t a good athlete, so maybe it was some young male thing of ?This is the physical feat I can do. Three Vicodin and a tequila and I?m still standing.? Who?s the athlete now?? Mulaney reportedly got sober at 23.

In December of 2020, Mulaney checked into a 60-day program in Pennsylvania to treat alcohol and cocaine addiction. A month before, he made a ?bizarre? appearance on Late Night With Seth Meyers, per The Sun, on which he ?joked that Prince Harry and Meghan Markle were annoyed by the Covid-19 pandemic because it took attention away from their Megxit ?stunt? and rambled incoherently.

After Mulaney entered rehab, Tendler deleted her Instagram account, as reported by Showbiz Cheat Sheet. She rejoined in February, but no longer listed her name as Anna Marie Tendler Mulaney, had removed all photos of her husband, and the couple no longer followed each other. Tendler has since deleted her account again; Petunia?s account remains, but the last picture is from December of 2019. John Mulaney hasn?t posted on Instagram since December 2, 2020. Let?s hope the couple is just taking some time away from the internet to focus on themselves.

Editors Note: A version of this article was originally published on April 18, 2021.