John Stamos is about to be a dad for the first time, and he’s looking to his own “hero” father for guidance 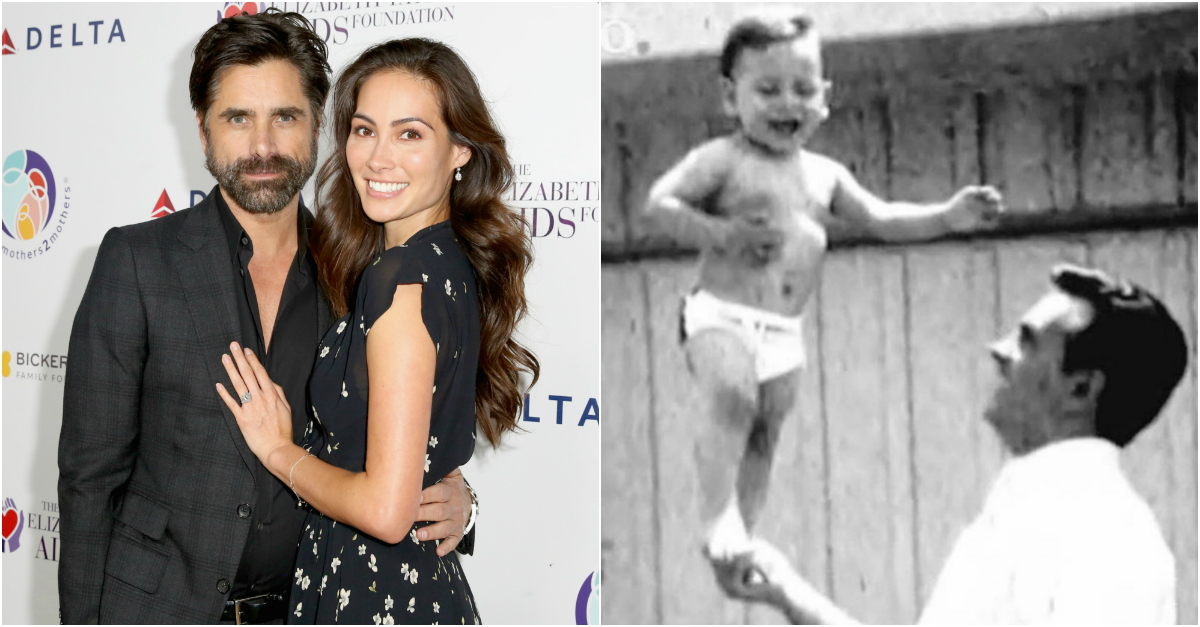 Just a few days after announcing that he’s going to be a father for the first time, TV heartthrob John Stamos is looking to the heavens for guidance.

In a touching Instagram post featuring a retro photo of baby John and his father, Stamos wrote: “I will certainly fall short of the father my pop was, but – I’m going to give it my all! #Balance #BillStamos #Hero.”

I will certainly fall short of the father my pop was, but – I’m going to give it my all! #Balance #BillStamos #Hero

Stamos’ father Bill passed away in 1998, but he’s clearly still a source of inspiration to his famous son.

It was earlier this week that John Stamos revealed to PEOPLE that he and fiancée Caitlin McHugh are expecting a child.

“We have the same morals and the same values, that all clicked nicely. So we said, ‘Oh, well, maybe we should have a family,’” Stamos shared.

He revealed that his fiancée jokingly thought they should have a baby before getting married “because [he’s] old.”

Stamos proposed to McHugh, 31, after two years of dating on Oct. 22 in her favorite place, Disneyland. The magical occasion referenced romantic animated moments from Disney classics including “The Little Mermaid.”

I kissed the boy and said…yes! That’s what you do when the sweetest, most romantic Prince Charming treats you like a princess and asks you to be his 💍

“The look on John’s face when I told him we were pregnant was priceless,” said McHugh. “It was the look of a man who has wanted a family of his own but wasn’t sure it was going to happen for him. Now it is!”

Stamos is most famous for playing “Uncle Jesse” on the hit sitcom “Full House” and its Netflix reboot “Fuller House,” where his character Jesse and Aunt Becky (Lori Loughlin) were parents to twins Alex and Nicky.

“I’ll be a fun dad. I’ve been practicing for a long time,” he joked. “I’ve done every schtick you can do with a baby on TV … all the bits and jokes and diaper gags. I’ll probably just do all that stuff.”