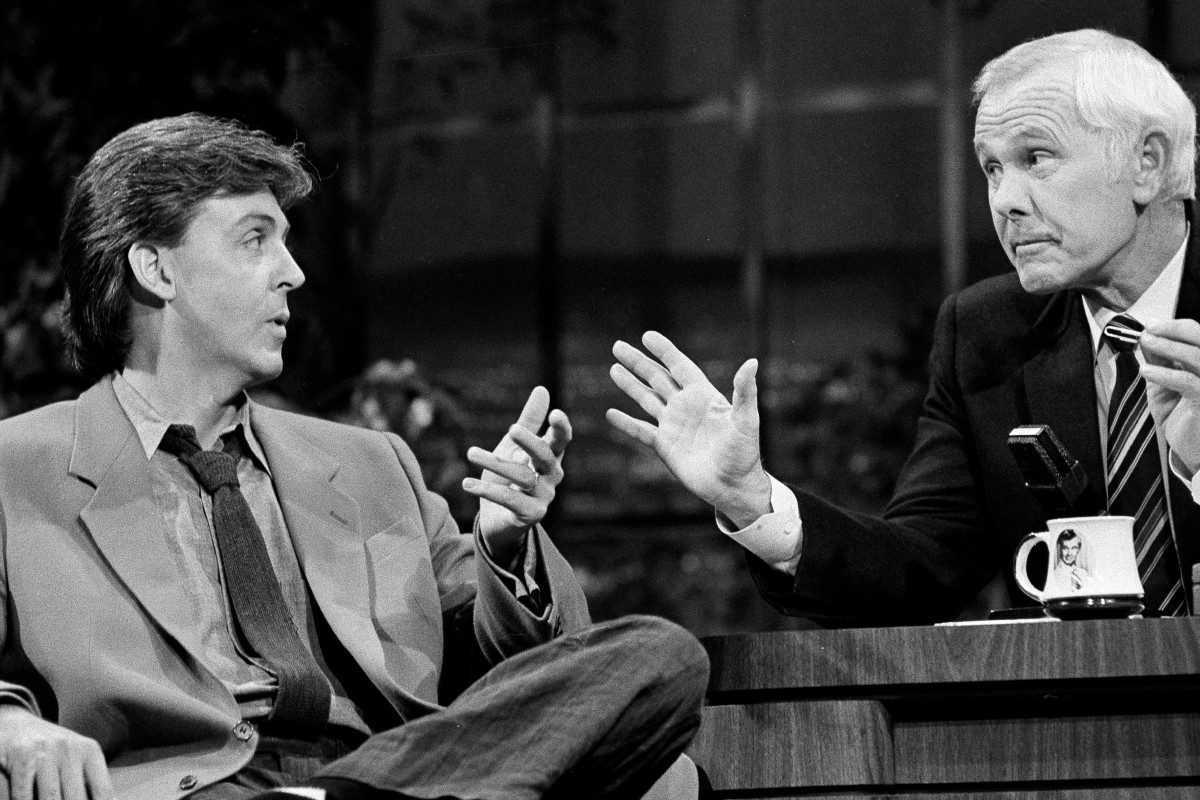 Once crowned the “King of Late Night Television”, Johnny Carson delighted audiences on his edition of The Tonight Show (first hosted by Steve Allen and Jack Paar) for three decades. From his first episode on October 1, 1962 through his final episode on May 22, 1992, Carson built the show into an NBC institution and himself grew into a household name and one of the most visible and powerful entertainers of the 20th century.

Who Was Johnny Carson?

John William Carson was born on October 23, 1925, in Corning, Iowa to Ruth and Homer R. Carson. Carson got his first taste for performance at 12 years old when he began performing magic tricks as “The Great Carsoni”.

Carson served in the U.S. Navy in the mid-1940s before earning a degree in radio and speech from the University of Nebraska. Out of college, Carson worked in radio and got a job as a writer for The Red Skelton Show in Los Angeles, California. He moved to New York City, where he would distinguish himself as a charismatic television personality as the host of the game show, Who Do You Trust?

When Jack Paar stepped down as host of The Tonight Show, NBC asked Carson to takeover. Carson eventually agreed, bringing with him as a sidekick and announcer comedian Ed McMahon, who Carson had worked with on Who Do You Trust.

The Carson Show Over the Years

After so-so ratings during the first year, The Tonight Show Starring Johnny Carson blossomed into one of the most popular TV shows on prime time.

Carson set himself apart from other talk show hosts with his boyish charm, quick wit, and effortless straight man persona. The show would kick off with a lively musical performance of The Tonight Show theme song from Doc Severinson and The Tonight Show Orchestra. After McMahon’s “Heeere’s Johnny!” introduction came an opening monologue from Carson, who would crack jokes while pantomiming his iconic golf swing. Afterward, Carson would engage in witty repartee with McMahon, and occasionally perform skits as reoccurring characters like Carnac the Magnificent, Aunt Blabby, and Art Fern.

Like any great late show, the heart of the show was the host’s interviews with celebrities. Over the years, Carson would sit down with everyone from Hollywood stars and comedians to politicians and athletes — and sometimes, animals from the nearby San Diego Zoo. Among Carson’s many noteworthy guests were Robin Williams, Steve Martin, Truman Capote, Jim Henson, Mel Blanc, Jack Benny, Rodney Dangerfield,  and Chevy Chase. A number of comedians made their standup debut on the show, including Jerry Seinfeld, David Letterman, Jay Leno, and Eddie Murphy.

Johnny Carson stepped down as host of the Tonight Show in 1992 and was succeeded by host Jay Leno.

Before retiring, Carson won six Emmy awards for his work on the show. Carson’s show outlasted a number of late-night television host rivals, including Joey Bishop and Dick Cavett and Joan Rivers — whom he famously had a falling out with after she left to do her own late-night show for Fox.

Carson arguably set the stage for every talk show that followed him and influenced many of today’s best TV hosts with his distinctive interviewing style. Carson has been praised by comics like Seinfeld, Leno, and Jimmy Fallon for launching their standup careers.

For the most part, Carson kept out of the spotlight after retiring. He died at the age of 79 on January 23, 2005, due to complications from emphysema.