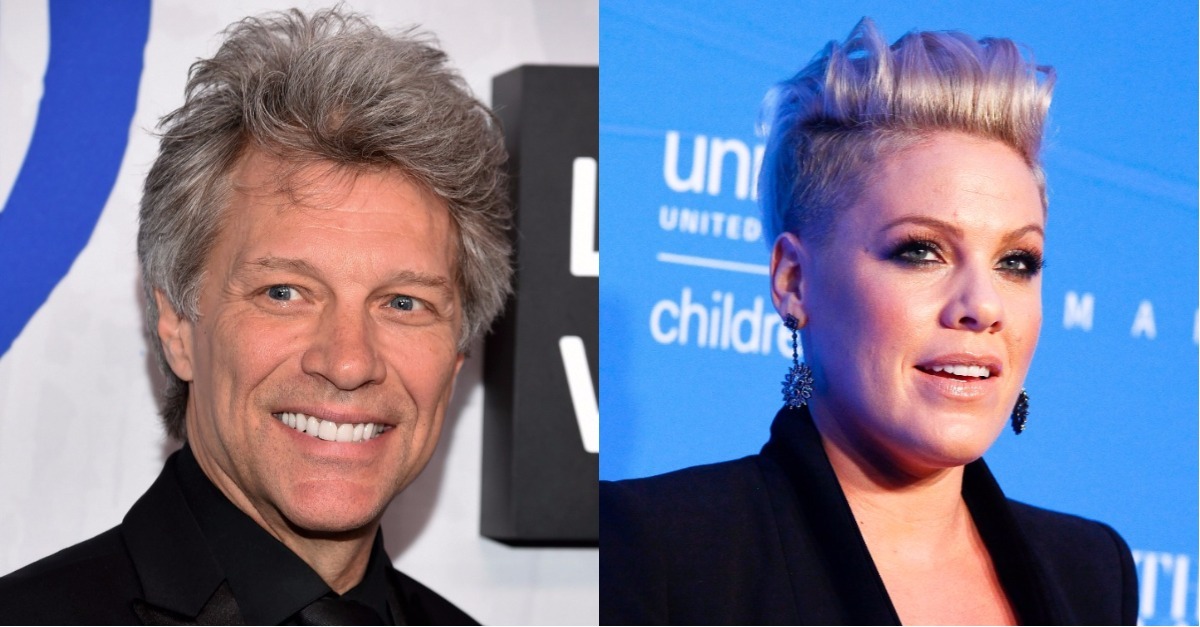 Everyone knows what it’s like to have a crush, but pop star Pink’s story about her love for Bon Jovi and his priceless reaction to finding out, definitely takes the cake.

RELATED: Raise your glass as Pink and James Corden get the party started on ?Carpool Karaoke?

In her recent appearance on “Carpool Karaoke,” a segment of James Corden’s “Late Late Show,” the singer told the funnyman about her childhood crush on Jon Bon Jovi.

The mom of two told the comedian that she had fantasized about marrying him until she found out that that he’d wed Dorothea Hurley.

“I still remember I was in the car coming home from singing lessons and they said on the radio that he married his high school sweetheart Dorothea,” Pink shared. “I almost threw up in my mouth. I ripped his posters off the wall, threw them out and didn’t come out of my room for days. I was devastated.”

The singer eventually met her idol on a radio show when she was 22 and she immediately told him of her childhood puppy love, Pop Culture reported.

While Pink thought the gesture was a funny joke, her husband of 11 years definitely did not. According to her, Carey Hart “threw them out the window.”

Pink made it clear that Carey had nothing to worry about, and the devotion Jon Bon Jovi still has to Dorothea after 27 years of marriage only earned him more of her respect for their relationship.

“I only love men who are loyal to their wives,” she told Corden. “[Bon Jovi] is like that …When you ask him how he’s doing, he tells you how his wife is.”