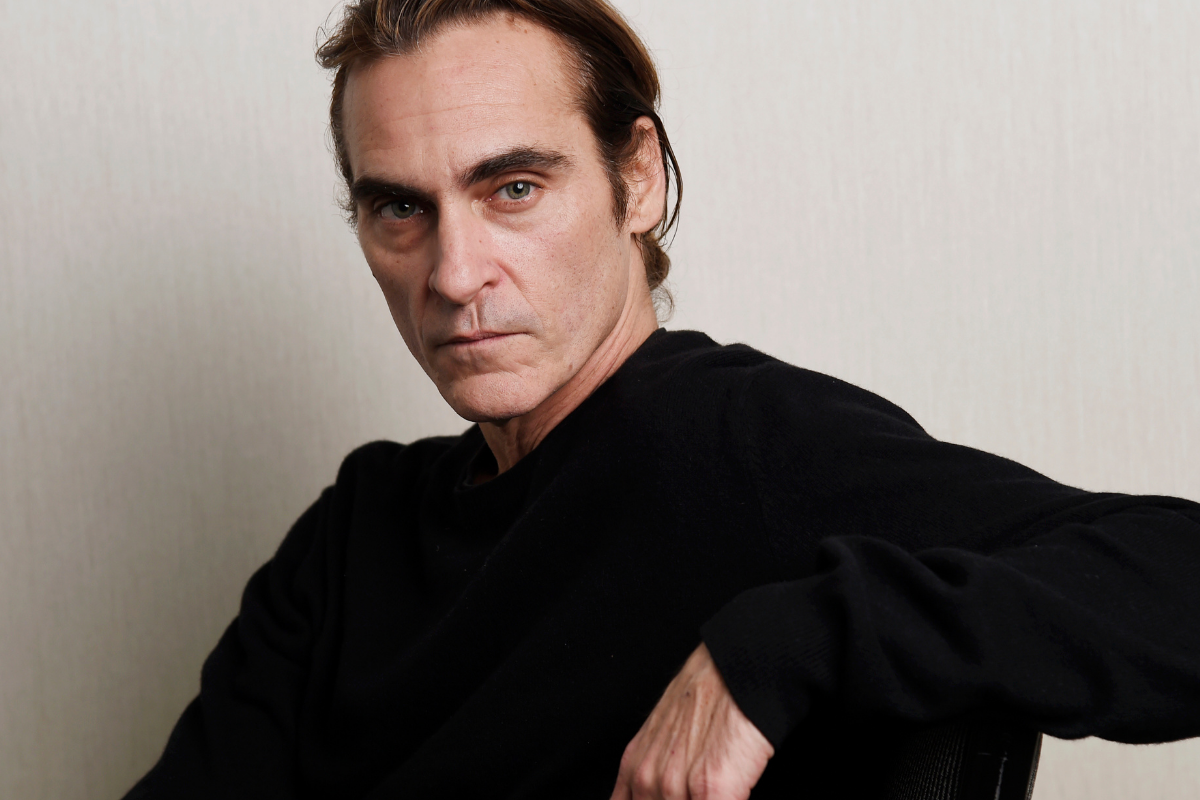 Joaquin Phoenix is known for a few things: being the brother of the late River Phoenix, starring in Johnny Cash’s story Walk the Line, and just recently, he’s become the second actor to win an Oscar for portraying the Joker. Born on October 28, 1974, the actor is also an environmentalist, animal rights activist, and producer. He also has several awards up his sleeve including an Academy Award, a Grammy Award, and two Golden Globe Awards.

Phoenix is on the board of directors for The Lunchbox Fund which is a non-profit organization that provided daily meals to students in the South African town of Soweto. The actor has also been very vocal about animal rights, supporting organizations like PETA and In Defense of Animals. So yes, you know this Hollywood actor can pretty much do it all.

In 1982, under the name ‘Leaf Phoenix,’ Joaquin Phoenix appeared in Seven Brides for Seven Brothers (The TV show, not the movie). Four years later, he received a supporting role in a kids film Space Camp. Soon followed an opportune to be in an Alfred Hitchcock episode, ‘A Very Happy Ending,” and movie Morning/Evening Star as well as Gladiator and Her. One of his most well-known films is Signs, in which he starred alongside Mel Gibson, Rory Culkin, and Abigail Breslin. . The 2002 American Science Fiction horror film focuses on a former priest named Graham Hess, Gibson, who discovers a series of crop circles in his cornfield. He then discovers that the phenomenon is actually a result of its treacherous extraterrestrial life.

Signs explores themes of kinship, face, and extraterrestrials. It was nominated for multiple awards including from the online film critics society and Empire Awards. It also won an award from the American Society of Composers, Authors, and Publishers. It was considered a strong financial success after it was released in theaters, grossing a whopping $408.2 million, with a budget of only $72 million.  Phoenix later went on to star in M. Night Shyamalan’s The Village in 2004, playing a farmer. His documentary film, I’m Still Here, debuted at the Venice Film Festival in 2010. After a short hiatus, he returned to star in The Master in 2012. In 2019, he played one of his most applauded roles as the Joker in Joker.

The Joker movie’s plot follows the life of a failed stand-up comedian/party clown, Phoenix, as Arthur Fleck, who’s mental health spirals as he becomes the villain. In the film, we see him pursue romantic relationships with his neighbor (Zazie Beetz), get bullied by Wayne Enterprises (billionaire Thomas Wayne’s company), and get trash-talked by talk show host Murray Franklin. Phoenix underwent intense weight loss to represent the character’s degradation that contributed to the character’s instability. He was, however, only portraying the character as the writers created him. Director Todd Phillips sought to model his film in honor of Robert De Niro and Martin Scorsese. In the film as Murray Franklin, De Niro plays a character that nods to another character he has played, Rupert Pupkin in The King of Comedy.

To say that the standalone Joker was a success is an understatement. The DC comics installment in the Batman universe starred Joaquin Phoenix as Arthur Fleck, who, over time, becomes the Joker. Director Todd Phillips co-wrote the film with Scott Silver as an alternative origin story for the Gotham City villain. The Warner Bros film grossed $1.074 billion at the box office and received heavy appreciation. Phoenix himself won a BAFTA award for best actor, an Academy Award for Best Actor, a Golden Globe, and a screen actors guild award. Joker also took home the Golden Lion at the 76th Venice International Film Festival. Phoenix became the second person to win an Oscar for the role. The first was Heath Ledger’s in Batman movie, The Dark Knight in 2009.

Joquin Phoenix on Playing The Joker

Although the movie was well-enjoyed, some concerns arose with it. The US. Army expressed worry that it would stir up activity in the incel community since his character appears popular amongst those with those activities and beliefs. An interviewer even asked Phoenix if he thought the film would inspire mass shooters. Movie theatres in New York and Los Angeles stationed police officers outside of screenings, and some prohibited moviegoers from dressing up as the Joker.

Phoenix at one point realized that the movie was going to challenge several viewers and raise questions about it, to which he answered, “It’s what’s good about it,” he stated. “You’re talking about somebody who doesn’t know the difference between right and wrong. Someone like that has a level of emotional disturbance that could trigger somebody. If you make someone uncomfortable, you can’t censor yourself. People are having that conversation because they care. It should disturb them, but I hope it’s also because they care.”

Watch: Michael Keaton Will Finally Reprise His Role as Batman in 2022