An Inside Look the Golden State Killer 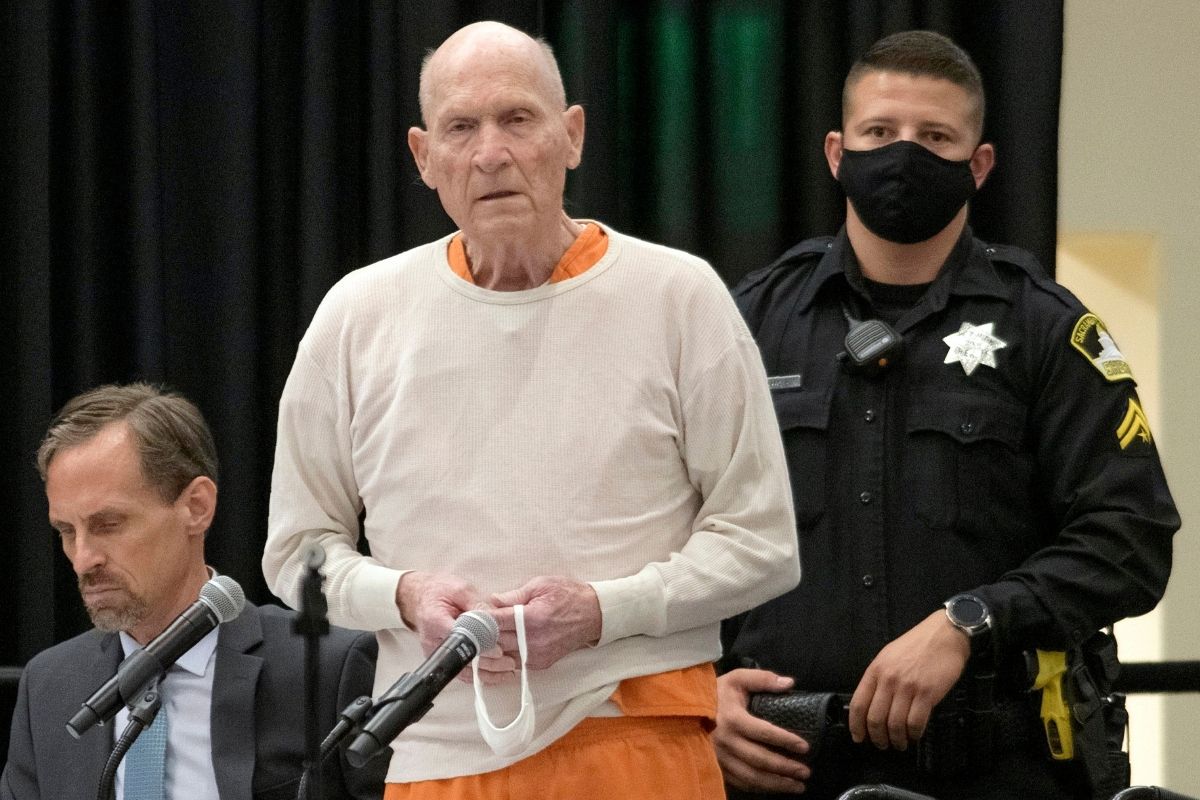 Joseph James DeAngelo is more infamously known as the Golden State Killer. A serial killer and a former police officer at large and active in the 70’s and 80s in California, the golden state.  He managed to evaded law enforcement until 2018 at the age of 74-year-old when he was arrested in Sacramento County, thanks to the help of genetic genealogy and DNA evidence. An unlikely individual to be a serial killer and rapist, he, well…. he was.

As a youngster, Joseph James DeAngelo was born in New York. His father was a sergeant in the United States Army. He was the oldest of two younger sisters and a brother. He was exposed to sexual indecencies at a young age when he witnessed his younger sister’s rape by two servicemen in West Germany. Once the family returned to America and were living in California, he dropped out of high school but did earn his GED eventually. He showed signed of being disturbed, such as killing animals and burglarizing.

Following closely in his father’s footsteps, he joined the United States Navy and served for 22 months. Next, returning to California, he studied police science at sierra college. At Sacramento State University, he earned his bachelor’s degree in criminal justice. Shortly afterward, in 1973, he relocated from Citrus Heights and got a job working as a police officer in Exeter, California. While working on the force, DeAngelo shot and killed Professor Claude Snelling at his Visalia, California home. Snellings’ daughter not only witnessed her father’s murder but also suffered injuries at the hands of DeAngelo. Between 1974-1975, he terrorized the Exeter/Visalia area; the area reported over 85 burglaries. Then he served in Auburn for three years, 1976-1979. He was arrested for shoplifting dog repellent and a hammer. He was sentenced to 6-month probation and was fired from the force.

The Beginning of a Killer

His crimes only escalated then. When he was fired, an uptick in rape-murders in southern California started. He was initially known as the East Area Rapist or the Original Night Stalker. He is suspected of having committed over 50 rapes. In 2016 the search for the Golden Sate Killer picked up. The FBI announced that he would be in his 60-70s, and described him as so. “If he is still alive, the killer would now be approximately 60 to 75 years old…He is described as a white male, close to six feet tall, with blond or light brown hair and an athletic build. He may have an interest or training in military or law enforcement techniques, and he was proficient with firearms.”

He was found after a break-in case in 2018, according to the Los Angeles Times. DNA samples he’d left years ago helped the police find him. There is an HBO series made about it, I’ll Be Gone In The Dark. The large portion of research in finding him was puled together by Michelle McNamara, wife of comedian Patton Oswalt.

He was offered and plead guilty to a plea deal, although it was amid the COVID-19 pandemic in August 2020. The jury decided that he was, in fact, guilty after he pled guilty to 13 accounts of first-degree murder and 13 accounts of kidnapping. He is serving life without parole.