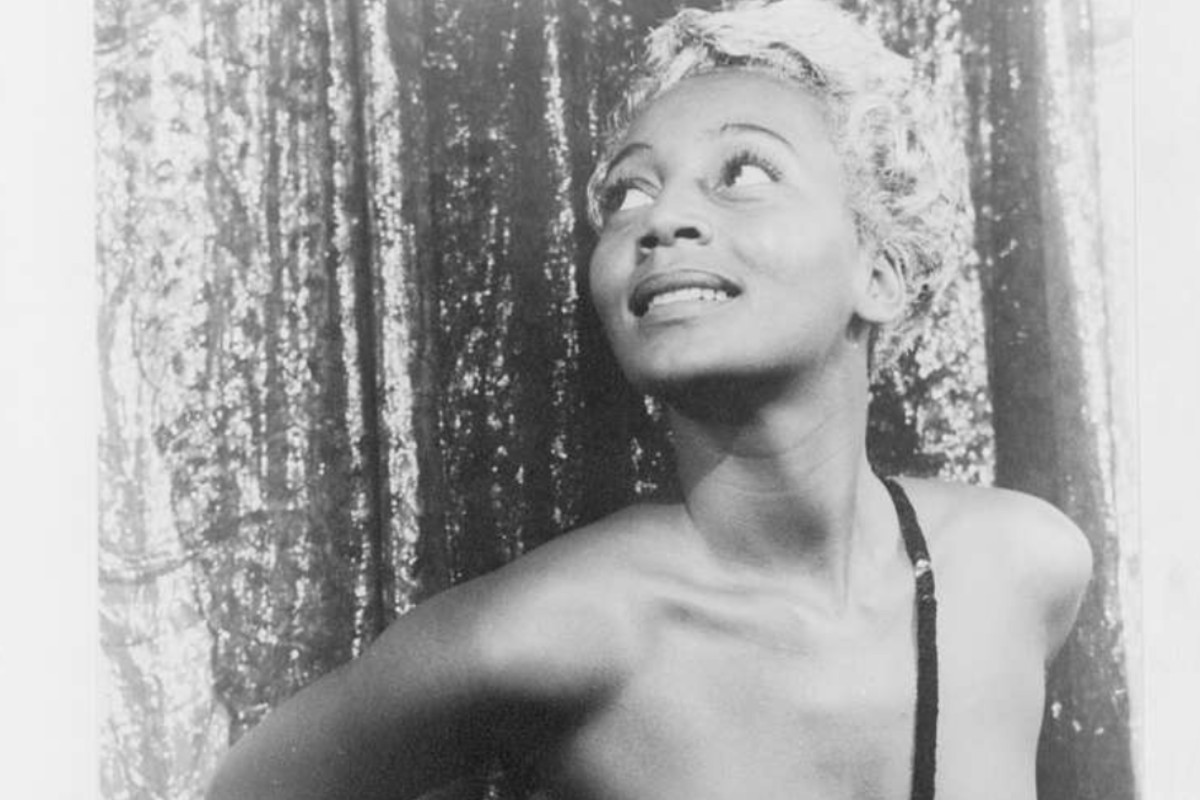 ?The Black Marilyn Monroe,? was what people called Joyce Bryant. She was ?The Bronze Blond Bombshell,? and?in the title of an upcoming documentary?The Lost Diva. As the last of these titles suggest, her legendary status as an African-American vocalist, actress, and sex symbol has faded from public memory. But there is much worth remembering about the Hollywood entertainer?despite her since-dimmed star, yet another of her nicknames was ?The Voice You?ll Always Remember.?

Born in Oakland in 1927 and raised in San Francisco, Bryant came from a strict Seventh-Day Adventist family and dreamed of being a sociologist. But the African American woman’s career path changed in 1946 when she joined a sing-along at a Los Angeles nightclub on a dare. Impressed with her performance, the club offered her $25 dollars to perform again, money which she used to buy her ticket home.

Soon she began taking nightclub performer gigs across the country, including a $400-a-week regular spot at a nightclub in New York City, making a name for herself as a belter with an incredible four-and-a-half octave range.

One night, she found herself on the same bill as famous French singer Josephine Baker. Unwilling to allow Baker to upstage her, Bryant dyed her hair silver with radiator paint. Along with tight mermaid dresses designed by Zelda Wynn Valdes, her silver hair became a part of her signature look. Her unique style look would contribute to her reputation as a sex icon, earning her a spread in Life Magazine and leading Ebony to declare her one of ?The Five Most Beautiful Black Women in the World? in 1954.

She soon released a series of records and two of her songs, ?Love For Sale?  and ?Drunk with Love? were quickly banned from radio stations for their provocative lyrics. Ironically, Baker would note, her best-selling songs were the ones most often banned.

The peak of her career was in the late 1940s and early 1950s, an era when racial inequality in the United States made show business difficult for African-Americans?and black women in particular. When she became the first African-American singer to perform at the Miami Beach Hotel in 1952, the local Klu Klux Klan burned her in effigy. But Bryant took a firm stance on civil rights, publicly advocating against the Jim Crow laws that barred black artists from many performance spaces.

Joyce Bryant abandoned her career at the peak of her fame in 1955, however, citing physical stress and what she saw as the ?sinful? nature of show business. She dedicated her life to the Mormon church of her childhood, as well as the fight for civil rights. When the Seventh Day Adventist Church refused to offer support to the Civil Rights Movement, however, her career again U-turned back to singing.

This time, however, Bryant attended Howard University to become a classical vocalist. Abandoning her flashy persona, Bryant began touring the world with opera companies instead and eventually took up work as a vocal coach. Walking away from her stardom means Bryant will probably remain largely forgotten. But her story is that of a black performer who lived by her principles, in an era that made doing so nearly impossible.

Watch: Lionel Richie and Kenny Rogers? Friendship Throughout the Years is Inspiring and Sweet