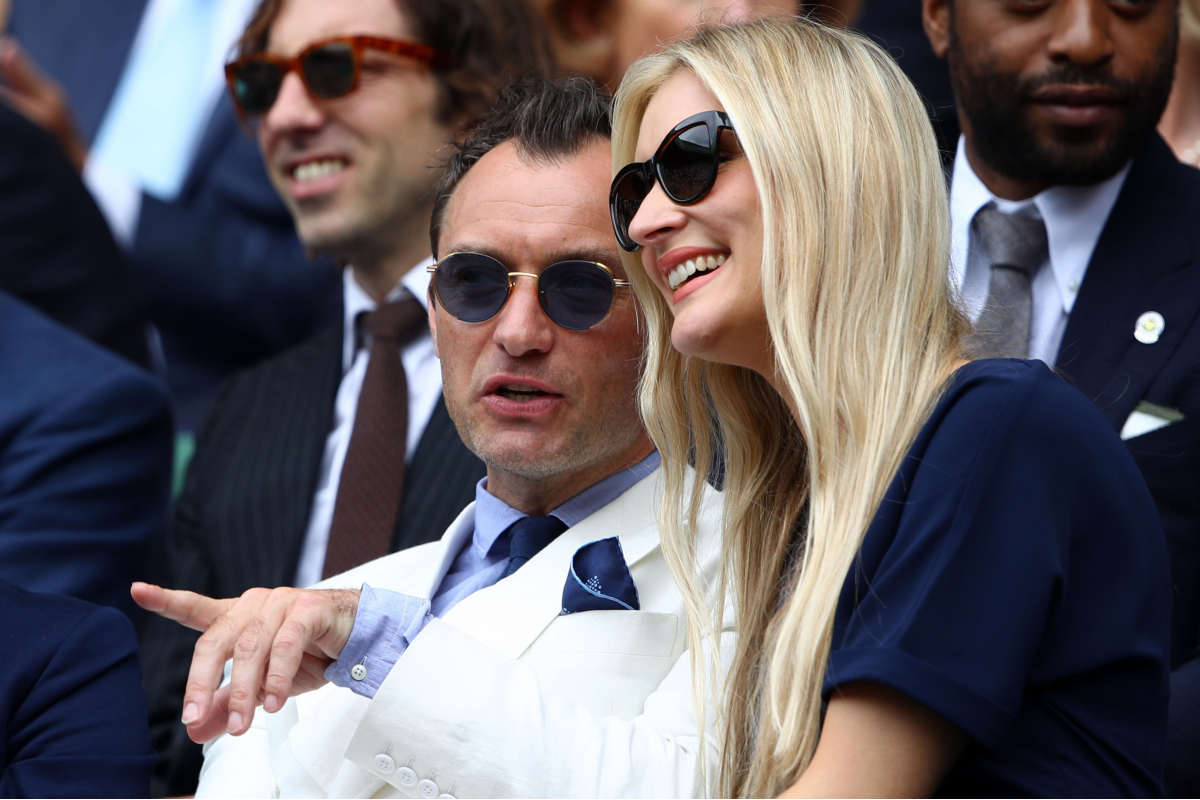 The Sherlock Holmes star is famously private and has not yet revealed the gender or name of the new baby. But we do know a considerable lot more about the other new addition to his family, Phillipa Coan. Read on to learn about the lovely lady who has captured the Fantastic Beasts star’s heart and their brand-new Hollywood romance.

Phillipa Coan — actually, Dr. Phillipa Coan — has a Ph.D. in Organizational Psychology and Behavior Change from the University of Leeds. According to her Twitter, she is “applying psychology to tackle climate change”. She also founded her own consultancy called STRIDE.

The first time Coan and Law were spotted together was at a literary event in Wales. Daily Mail reported seeing the Alfie star with “a ravishing 29-year-old doctor of psychology who accompanied him to last week’s prestigious Hay Festival.” According to the magazine, the lovebirds “were introduced by mutual friends”.

They Were Married in a Secret Civil Ceremony

There was no big fancy wedding for Phillipa and Law. Instead, the psychologist married the celeb in a private civil ceremony at Old Marylebone Town Hall in central London. According to Evening Standard, The Holiday star’s son Rafferty is believe to have served as best man. Details are hazy, as no pics were taken of the event.

Phillipa May Be the Woman to Tame the ‘Love Rat’

The Golden Globe nominee’s love life has been infamously turbulent. His rocky relationship with his Alfie co-star Sienna Miller, in particular, was highly publicized. The two celebs were engaged until it was revealed that Law had an affair with their children’s nanny Daisy Wright.

In his public apology, Law said: ‘Following the reports in today’s papers, I just want to say I am deeply ashamed and upset that I’ve hurt Sienna and the people most close to us. But (fingers crossed) Coan may be the woman who tames this famous lady’s man, once known as Hollywood’s “love rat”.

In 2015, the Daily Mail reported that — within months of dating — Jude had already introduced Phillipa to the family, and even to his ex-wife Sadie Frost. According to a source: “He’s serious about her. He loves how intelligent Pippa is and finds it refreshing to date a girl who is not from his showbiz world.”