Julia Louis-Dreyfus has a ton of reasons to celebrate today!

Her son, Charlie Hall, is currently competing with the Northwestern University basketball team in the NCAA tournament. While Louis-Dreyfus has been cheering him on the the stands, she has even more reason to celebrate.

The actress also attended Northwestern, and the men’s basketball team finally made it into the March Madness tournament for the first time in history!

To mark the occasion, Louis-Dreyfus brought back her iconic character from “Seinfeld” in this LOL-worthy gif. In the post on Facebook, the actress busts out her awful dance moves in celebration of the men’s win.

RELATED: No one is more excited for spring break than beach baby Boomer Phelps

She has attended several games this season with her husband, Brad Hall, and we know they plan to continue cheering for Northwestern!

We do not miss a game — either physically or on TV — and we have BTN2GO on our phones,” Louis-Dreyfus recently told the Chicago Tribune. “It’s just a matter of our production schedule. If we can be there, we are.” 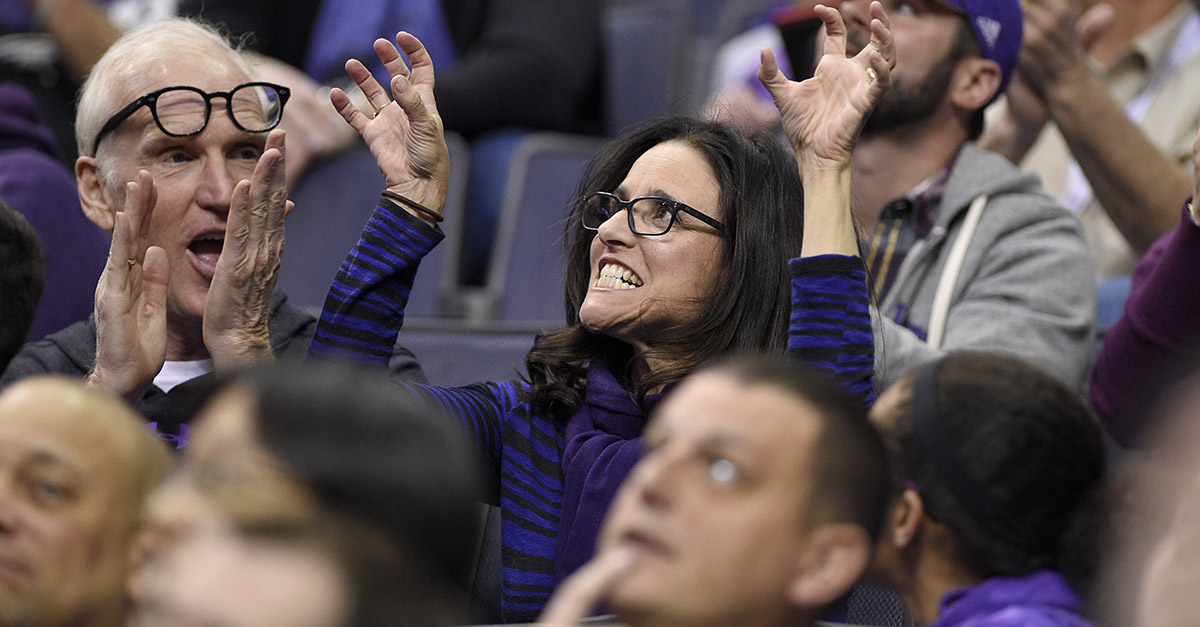