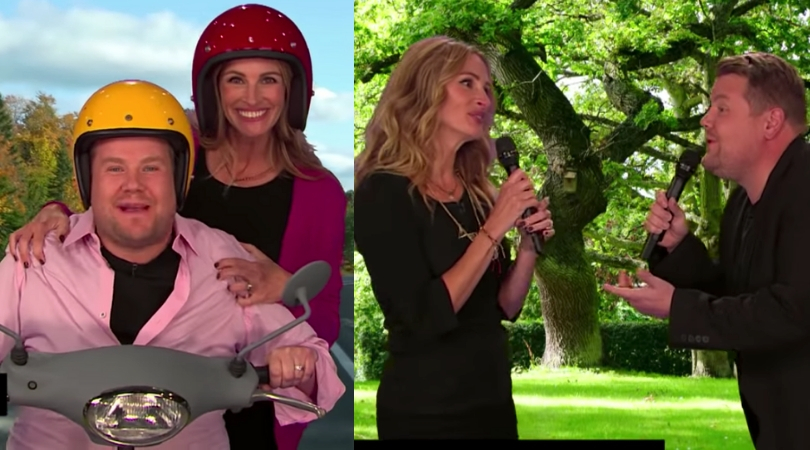 Julia Roberts is a goddess. Anyone who says otherwise hasn’t seen her act, or just plain seen her. I mean, she’s gorgeous and talented all at once! One day I was stumbling on Youtube after watching her film Wonder, which came out in 2017 because I wanted to see if I could find a behind the scenes look at how production worked on makeup and prosthetics. (The film was nominated for Best Makeup and Hairstyling at the 90th Academy Awards in 2018.)

Why where they nominated? Well, Wonder tells the story of August “Auggie” Pullman, portrayed by Jacob Tremblay, who has Treacher Collins Syndrom. Auggie, who tries to fit in with his classmates, was born with a rare medical facial deformity. He refers to his condition as “mandibulofacial dysostosis” and has undergone 27 surgeries to try and change his face. So, basically, the makeup crew did a really fantastic job of showing it. The movie follows his journey as he is struggling to adapt to his situation, and his parents, portrayed by Julia Roberts and Owen Wilson, do the best they can to help him. Safe to say the movie received positive reviews from audience and critics, grossing a total of $305 million worldwide with a $20 million budget!

Anyways, there I was stumbling on Youtube and found the most amazing video ever! Turns out the Golden Globes winner went on “The Late Late Show” back then with host James Corden where she promoted the movie before it’s release. Naturally, to make things more entertaining, Corden decided to help Roberts with her acting by remaking a few of her films. 26 of them to be exact! Roberts had no qualms about revisiting more than a few of her previous roles, saying she was “as ready as [she was] going to get.”

Which one was the best one? Ocean’s Eleven of course! Roberts was bemused by Corden’s choice of role asking him what he was doing, trying to control her laughter. “I’m being George Clooney. I’ve got the coffee, tequila, a couple of these,” he said, gesturing to the two baby dolls on his chest. Roberts laughed, but quickly jumping back into the scene, saying “You’re a thief and a liar.” Corden as Clooney as Danny Ocean responded, “I only lied about being a thief.” Someone call Matt Damon, ASAP!

The hilarious segment ended with a homage to My Best Friend’s Wedding. As rose petals rained down from above and the pair performed Diana King’s rendition of I Say a Little Prayer. Yup, Cordon has done it again. If only she could do Carpool Karaoke with him. Not THAT would be a show!

Editors Note: This article was originally posted on January 8, 2019.