Julia Roberts Had a Chaotic Love Life Before Meeting Her Husband 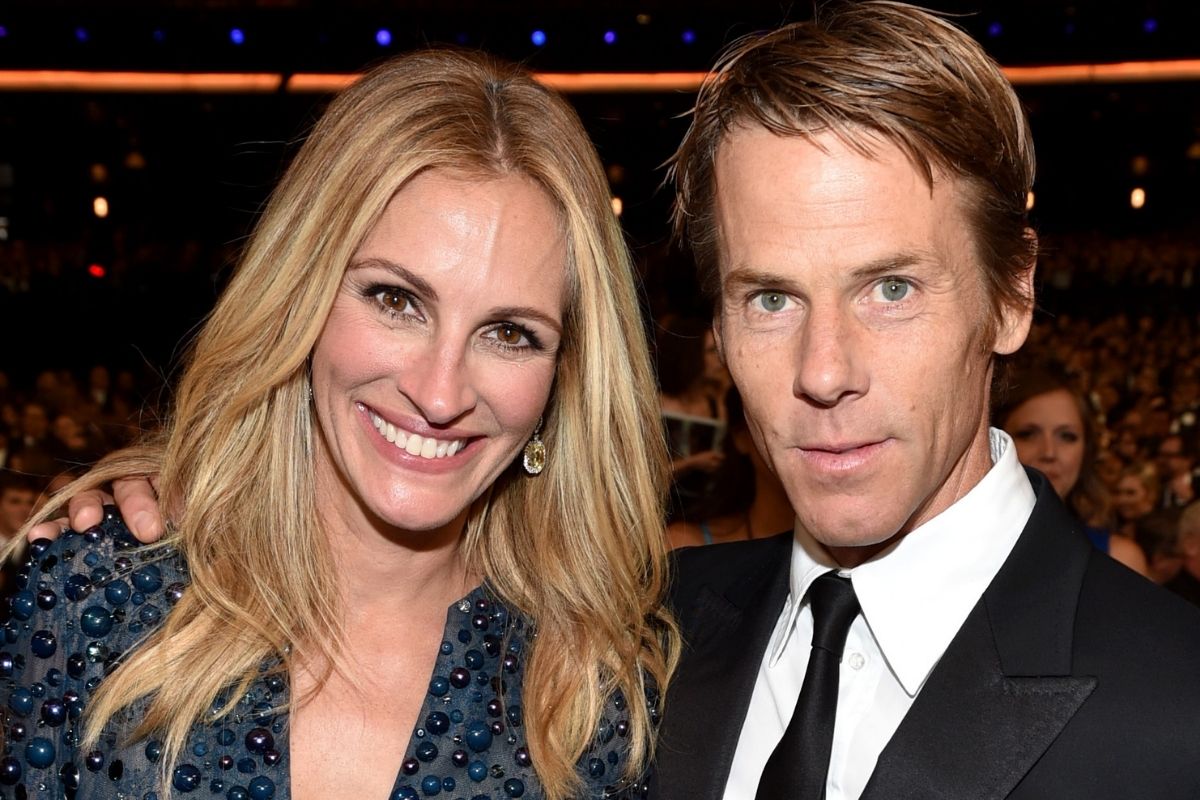 It?s hard to believe now, but Julia Roberts once had a notoriously rocky personal life. Long before she met her husband Danny Moder, and nearly a decade before she made the movie Runaway Bride, she was a literal runaway bride, leaving fiancé Kiefer Sutherland at the altar to run off with his best friend Jason Patric. Two years later, she met and immediately married country singer Lyle Lovett; the couple divorced less than two years later. When word got out that she had met a married cinematographer on the set of a movie and had fallen in love, it seemed like yet another dramatic episode in Julia Roberts? tempestuous love life. Eighteen years of marriage and three children later, it seems like Julia Roberts and Daniel Moder are the real deal.

Julia Roberts became a Hollywood A-lister in 1991 at the age of 23 with her breakthrough role alongside Richard Gere in the hit romantic comedy Pretty Woman. She was nominated for an Academy Award and won a Golden Globe for her portrayal of Vivian Ward, a free-spirited sex worker who wins the heart of the uptight businessman who hires her for a week of no-strings fun. A year before, she made the medical thriller Flatliners and met and fell in love with her co-star Kiefer Sutherland. Per The New York Post, Roberts and Sutherland were ?the first Gen-X Hollywood power couple, bigger than even Johnny & Winona.? Tabloids and gossip columns had a field day when Roberts ran away with actor Jason Patric, literally flying to Ireland with him the day she was supposed to marry Sutherland. Amazingly, the pubic never turned on Julia Roberts and seemingly ?forgave? behavior that may have ruined the career of another actress.

This was also true of her whirlwind romance with Lyle Lovett; maybe it?s the fact that none of her exes seem to harbor any sort of ill will. In a 2021 podcast interview, Sutherland said that he and Patric had since made up and become best friends again and said of Roberts ?She?s an extraordinary person, and he is too, and, you know, timing is what it is, and everyone moves on from that.? Similarly, Roberts and Lovett have also reportedly remained friends over the years. Per People magazine, when asked in 1999 if she considered her relationship with Lovett to be a mistake, she answered ?Mistake, no. Miscalculation, yes…We have this great shared experience that never had any nasty moments. What we had doesn’t come close to the mistake category.?

Throughout the ?90s, Roberts dated several fellow celebs, per Nikki Swift, including Liam Neeson, Dylan McDermott, Matthew Perry, and Benjamin Bratt. In fact, she was still in a relationship with Bratt when she went to Mexico in 2000 to film the movie The Mexican opposite her friend Brad Pitt. Pitt had just married Jennifer Aniston in what was perhaps the biggest celebrity wedding of 2000 and had also had an extremely well-publicized, long term relationship with Gwyneth Paltrow. The public was understandably excited to see two such beautiful celebs with such notoriously fascinating private lives together onscreen at last, but the major event on the set of The Mexican had nothing to do with Julia and Brad and everything to do with Julia and cameraman Danny Moder. Despite the fact that Roberts was with Benjamin Bratt and Moder was married to his then-wife makeup artist Vera Steimberg, the two fell in love and decided to leave their respective significant others and make a life together. Years later, Roberts sat down with Gwyneth Paltrow for an interview on the Goop podcast and described how meeting Moder had changed her life: ?I think that first kind of real ‘seismic shift’ was meeting Danny, getting married to Danny. That was the first like, my life will never be the same in the most incredible, indescribable way.”

In 2002, Julia Roberts and Danny Moder had a low key wedding on Roberts? ranch in Taos, New Mexico. The couple welcomed twins Hazel and Phinnaeus in 2004 and their son Henry Daniel was born in 2007. They tend to keep their life together out of the public eye, but in honor of Mother’s Day in 2019, Moder posted an adorable picture of his family on Instagram and wrote “That pretty mama in the middle. We love you so much.” To celebrate their 18th wedding anniversary in July of 2020, Roberts took to Instagram herself to post a sweet pic in which she?s kissing Moder?s cheek and wrote ?18 years #heckyes.?