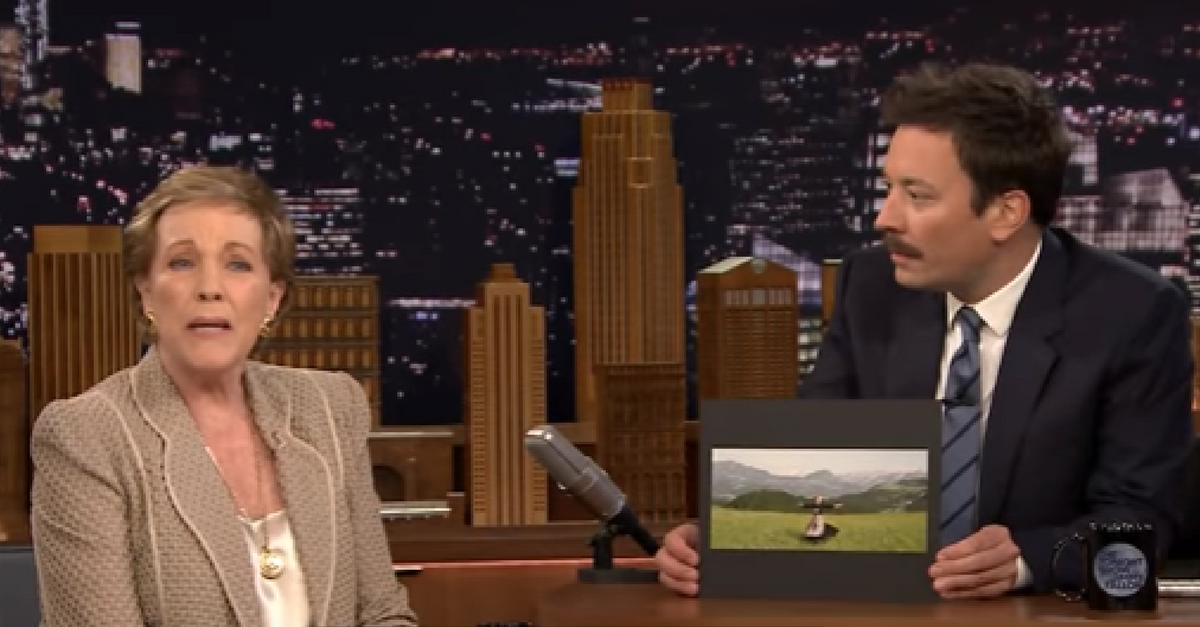 While joining host Jimmy Fallon on “The Tonight Show,” actress Julie Andrews explained how the cast and crew of “The Sound of Music” pulled off the iconic scene in which Andrews’ character, Maria Von Trapp, sings “The Hills Are Alive.”

“We were out there for ages because the weather was not kind to us,” she said. “Somebody forgot to mention that Austria has the world’s seventh-highest annual rainfall. And so, we had a lot of rain when we were shooting.”

RELATED: Julie Andrews opens up about her near-death experience on the set of ?Mary Poppins?

She explained that they would just shoot takes of the scene in the rain because “you don’t see it that much on camera.” So, Andrews would have to sing and twirl over and over while the sky opened up on her.

“You do the best you can,” she said, adding that the crew placed speakers in the trees so that she could lip sync along with the song easily before revealing where the camera was located. “We had this monstrous helicopter that had a camera man very bravely strapped to the side where the door would be.”

Unfortunately for Andrews, the down draft from the engine kept knocking her onto the ground, covering her in dirt and hay.

“And I kept saying, ‘Couldn’t you take a wider circle?'” she joked.

RELATED: A-Rod joins Jimmy Fallon for a messy game of ?Egg Roulette? and proved that he should stick to baseball