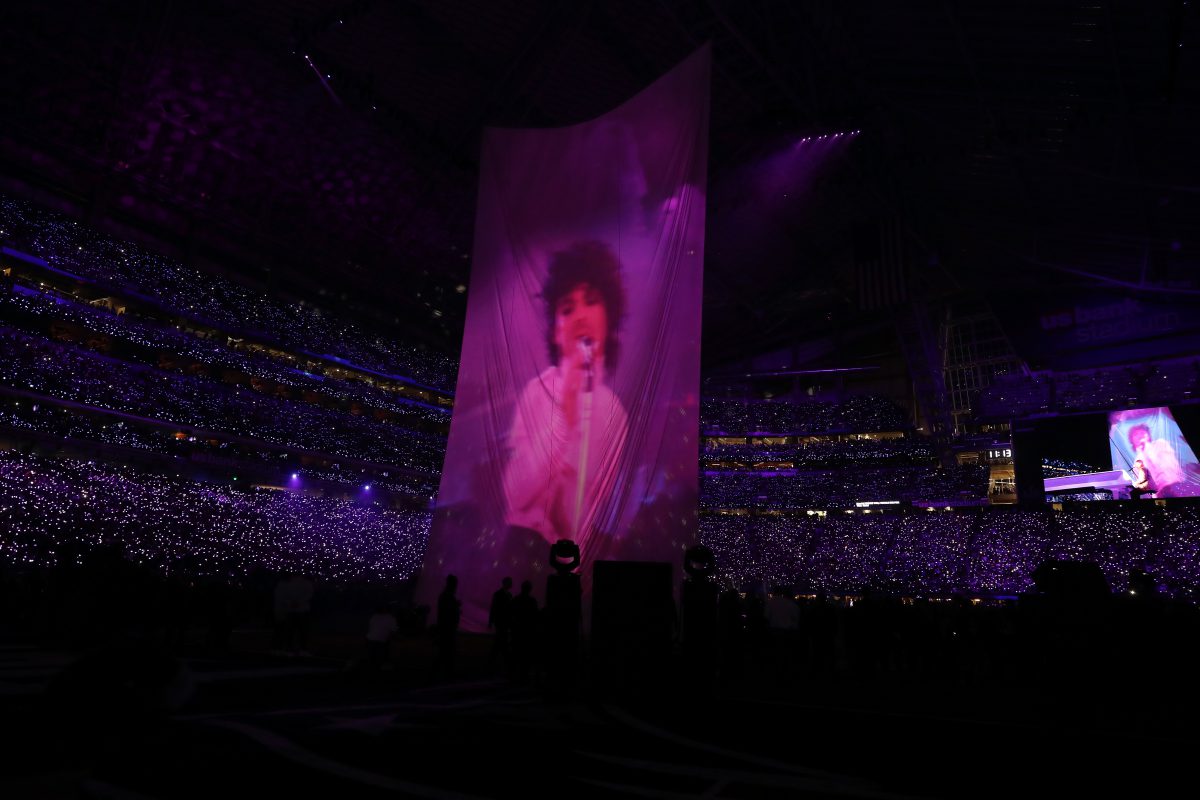 Justin Timberlake opened up about that controversial moment he paid tribute to Prince at the Super Bowl LII halftime show in Minneapolis on Sunday night.

Timberlake sat down with Jimmy Fallon to dish on the performance, which Fallon called “one of the best halftime performances of all time,” following the big game. In Timberlake’s 13-minute performance, the singer shared a video image of Prince, with whom he shared a duet to “I Would Die 4 U.”

Prince previously said that he thought posthumous holograms were ?the most demonic thing imaginable” in a 1998 interview with Guitar World magazine. The tribute to Prince on Sunday night’s show brought back those comments back into focus, and while there was no three-dimensional hologram Prince on stage, Timberlake still faced major backlash on Twitter.

Okay punkass justin Timberlake. You was cool till you pulled that Prince bullshit. You dissed Prince on a track of yours and you dissed him onstage when you lowered the mic stand onstage when prince won an award. Later for ya ass

The Prince tribute would’ve been cool… except Prince specifically said he didn’t want that, right? Even in death, Prince continues to be misunderstood.

Prince in the afterlife right now like. #SuperBowl pic.twitter.com/f219voyQ4B

If you ever shared two words with #Prince.
Or heard him speak.
Or saw him play.

You'd understand in the base of your bones — them deciding to hologram him at the SB — would've busted his heart to pieces. pic.twitter.com/TqK76Yacqi

Prince’s former co-collaborator, Shelia E, even tweeted ahead of the show that she heard from Timberlake himself that he would not be doing a hologram of Prince.

RELATED: The verdict is in, and here?s what people on Twitter seemed to think of Justin Timberlake?s Super Bowl halftime show

“Family, I spoke w/Justin 2nite and he shared heartfelt words of respect for Prince & the Purple fans. I look 4wrd 2 seeing what I?m sure is going 2 be a spectacular halftime show. There is no hologram.

Family, I spoke w/Justin 2nite and he shared heartfelt words of respect for Prince & the Purple fans. I look 4wrd 2 seeing what I’m sure is going 2 be a spectacular halftime show. There is no hologram. 🙏🏽💋 pic.twitter.com/mhVXBfBa1B

Despite the backlash, Timberlake stood by his decision to honor Prince as he explained to Fallon:

It?s a moment for me, if I?m being quite honest, because [Prince] has always been the pinnacle of musicianship for me, and when we decided that the serendipity and synergy that we would be in Minneapolis, and that, you know, he?s such a special thing here, aside from what he is all over the world, I just felt like I wanted to do something for this city and something for him that would be the ultimate homage to what I consider the G.O.A.T. [Greatest of All Time] of musicians.

The crowd cheered in response.

“And, also, like, I’m not going to lie to you guys, because Questlove is the encyclopedia of music,” Timberlake said adding that the famed musician, who heads the band on Fallon’s “Tonight Show,” gave him a “thumbs up” to do the performance. In response, Questlove said it was “dope.”

“We got the actual vocal stems from ?I Would Die 4 U,? the actual recordings, and then we got uncut footage from his performance of it in ‘Purple Rain,’? Timberlake explained. ?Somehow, some way, by the grace of probably Prince looking down on us, it synced up. It was like this crazy serendipitous moment. I just wanted to use that opportunity to do something special for this city, but most of all, for my favorite musician of all time.?