Justin Timberlake is getting ready for the Super Bowl, and his take on the national anthem was everything 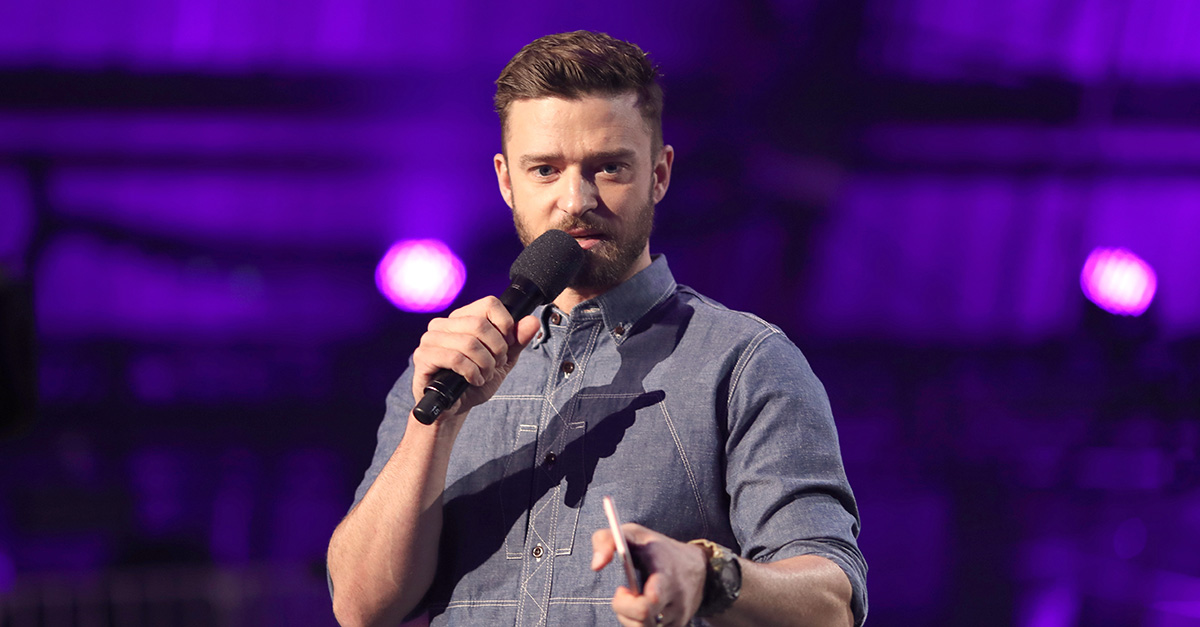 If there’s one thing that raises brows these days, it’s football and the national anthem, but Justin Timberlake showed us just how he’d be handling both come February.

The singer/songwriter appeared on “The Late Show” with Stephen Colbert to talk about his upcoming film and his headlining performance at Super Bowl LII.

RELATED: Justin Timberlake and Jimmy Fallon dropped a teaser for the Super Bowl, and it’s hilarious

When asked by the late show host if it would be anything like Timberlake’s scandalous 2004 Halftime Show performance, — where he sang alongside Janet Jackson who experienced a disastrous wardrobe malfunction — the singer smiled and played coy.

“It’ll be a great, it’ll be a great show,” Timberlake said. “I’m very excited about it. Every year apparently a lot of people watch the Super Bowl,” he continued jokingly.

An estimated 140 million people were watching Super Bowl XXXVIII in Houston when at the end, Timberlake popped off part of Jackson’s corset, exposing her breast. The incident, later described as a “wardrobe malfunction,” led to numerous complaints and a large fine by the Federal Communications Commission, The New York Times reported. The fine was eventually vacated by an appeals court.

Well known for his singing chops, Colbert convinced Timberlake to put his pipes to the test. When the pop star noted that the national anthem is the “worst place [for aspiring singers] to start,” Colbert, naturally, convinced him to harmonize  on the spot to “The Star-Spangled Banner.”

Of course, Timberlake did not disappoint with his dulcet tones. He was, however, shocked the Colbert was able to keep up.

“You just blew my mind,” he said to Colbert.

RELATED: Some veterans gathered around an NFL anthem protester and the result was surprising

Back in October, the singer teased his appearance at Super Bowl LII with a hilarious skit with his close friend late show host, Jimmy Fallon.

During an interview televised during NBC’s “Sunday Night Football” broadcast on Oct. 22, Mike Tirico asked Timberlake if the NFL had addressed the 2004 incident with him.

The singer smiled and said, “That won’t happen again.”