Menu
Follow us
Search
Menu
Search
INGLEWOOD, CA - MARCH 05: Singer Justin Timberlake accepts Song of the Year for 'Can't Stop the Feeling' onstage at the 2017 iHeartRadio Music Awards which broadcast live on Turner's TBS, TNT, and truTV at The Forum on March 5, 2017 in Inglewood, California. (Photo by Kevin Winter/Getty Images for iHeartMedia)

Justin Timberlake shared an important message with fans during his acceptance speech at the iHeartRadio Music Awards.

The singer was one of the first to receive an award at Sunday’s show. He used the platform to inspire some of those who may be struggling.

“I wrote this song [‘CAN’T STOP THE FEELING!’] because I wanted it to be about inclusion, about being together,” he started.

RELATED: Maks Chmerkovskiy has been waiting the “longest time” to share this moment with his son

“If you are black or you are brown or you are gay or you are lesbian or you are trans — or maybe you’re just a sissy singing boy from Tennessee. Anyone that is treating you unkindly, it is only because they are afraid or they have been taught to be afraid of how important you are because being different means you make the difference. So fuck ’em,” he said.

Later, Timberlake took to Twitter to thank his fans once again. 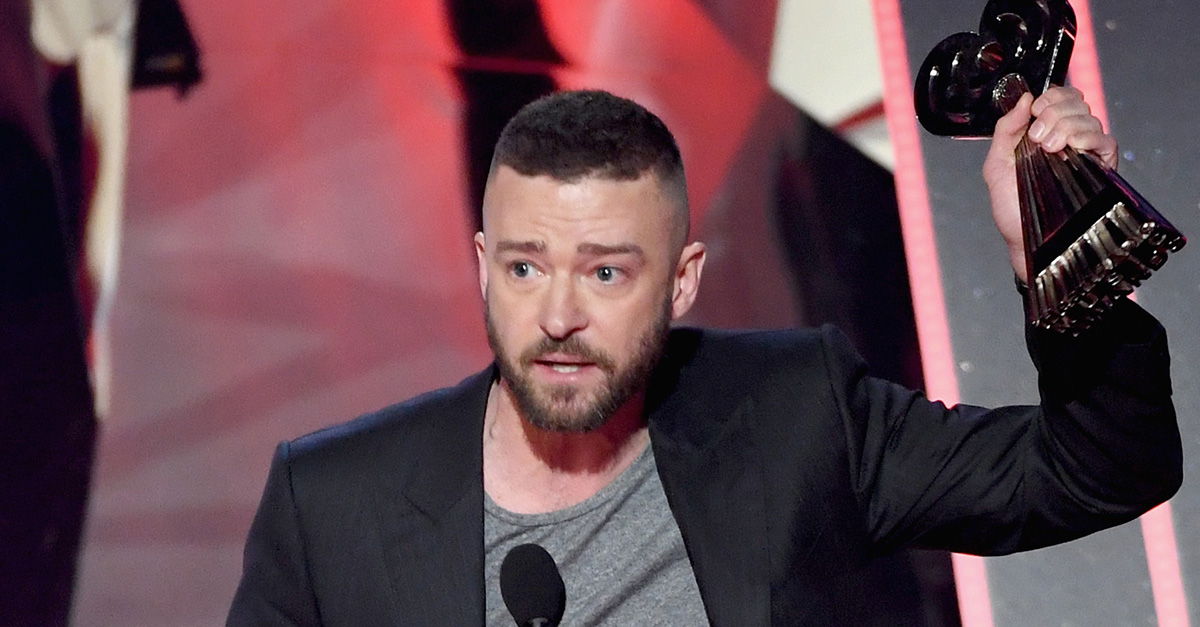