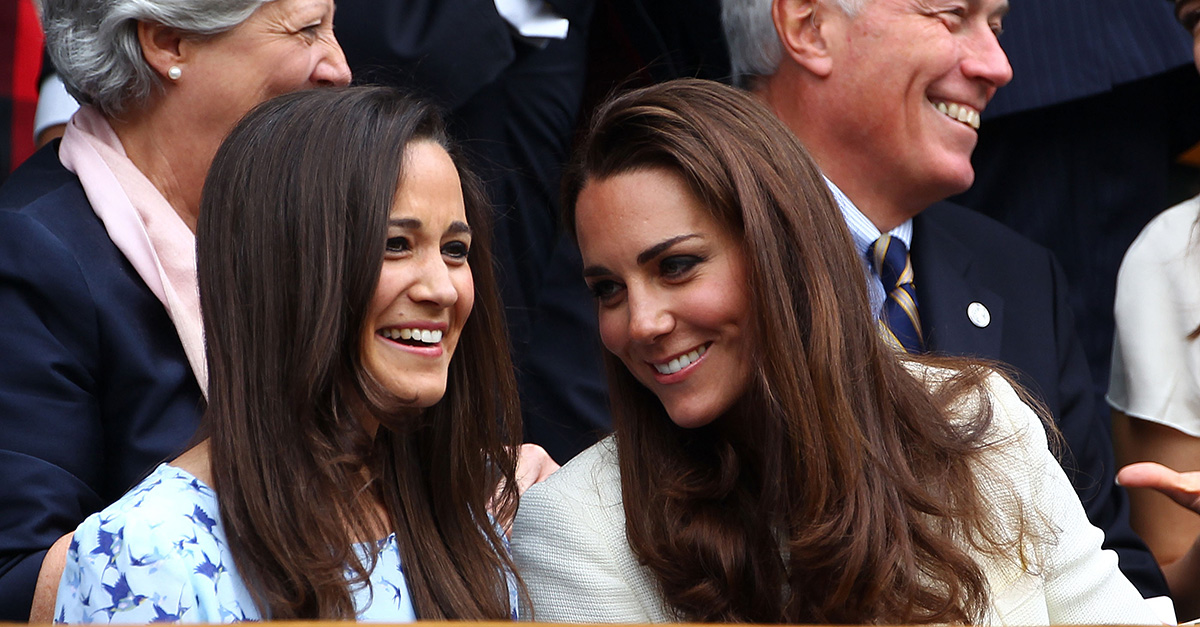 Photo by Clive Brunskill/Getty Images
LONDON, ENGLAND - JULY 08: Pippa Middleton (L) and Catherine, Duchess of Cambridge sit in the Royal Box during the Gentlemen's Singles final match between Roger Federer of Switzerland and Andy Murray of Great Britain on day thirteen of the Wimbledon Lawn Tennis Championships at the All England Lawn Tennis and Croquet Club on July 8, 2012 in London, England. (Photo by Clive Brunskill/Getty Images)

Kate and Pippa Middleton were some beautiful bridesmaids in the 1991 wedding!

Daily Mail obtained a home movie from their uncle Gary Goldsmith and Miranda Foote’s 1991 nuptials and they were as beautiful as ever.

The Middleton ladies were all smiles in the beautiful pale pink gowns and flower crowns. Their little brother James can also be seen in the footage posing with the wedding party in an adorable tiny tuxedo.

Later in the footage, the girls can be seen posing for other photos and giving the groom, their uncle Gary, kisses. Adorable!

Years later, Pippa stood at her sister’s side as she married Prince William in front of 1,900 guests at Westminister Abbey in April 2011.

This year, the Duchess will be at Pippa’s side when she weds fiance James Matthews.