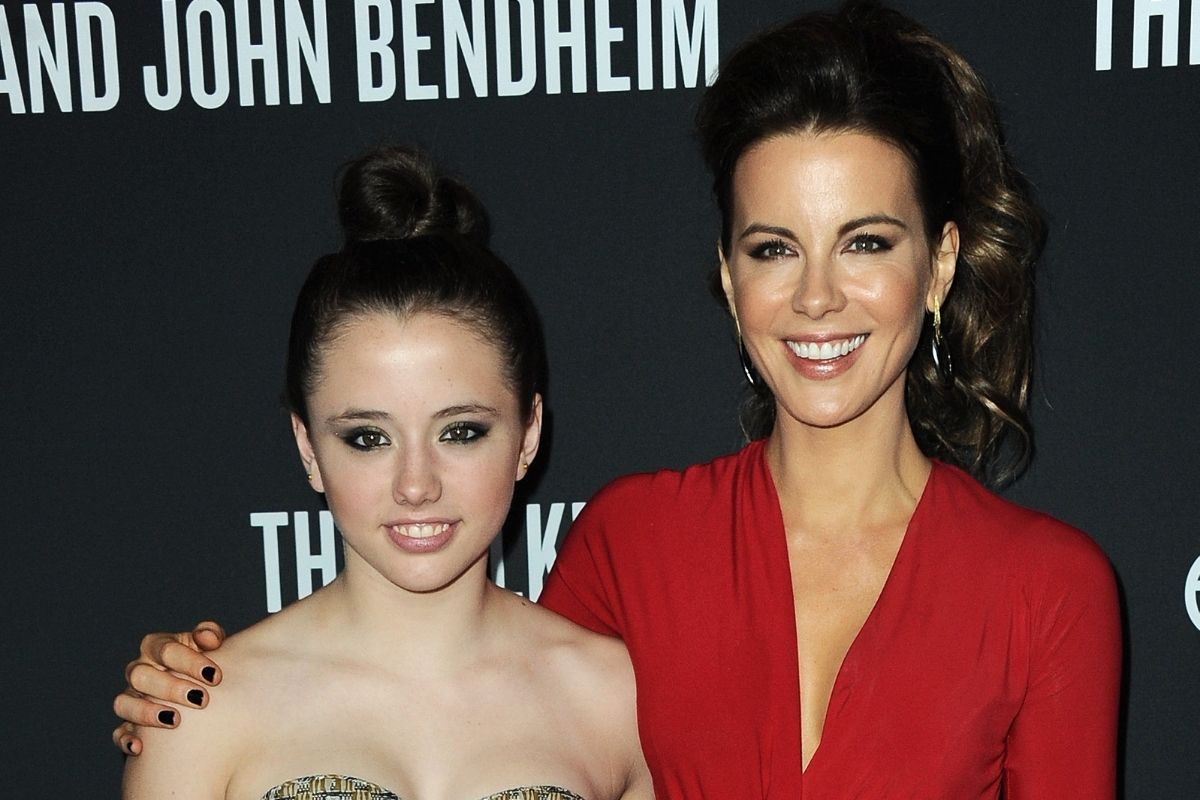 Actress Kate Beckinsale and actor Michael Sheen seem to be a welcome example of Hollywood celebs who break up but continue to have a respectful co-parenting relationship for the sake of their child; in their case, their 22-year-old daughter Lily Mo Sheen. Born in London in 1999, Lily has appeared in three movies alongside her mother: Underworld: Evolution, directed by her stepfather Len Wiseman, in which she played the younger version of her mother?s character, Click, and Everybody?s Fine, in which she once again played a younger version of her mother?s character.

Per the IMDB, Sheen has recently completed a movie that for the first time doesn’t rely on her being Kate Beckinsale’s daughter Lily. Sheen is starring in The Unbearable Weight of Massive Talent, in which Nicolas Cage is playing a version of himself who has agreed to attend the birthday party of an obsessive fan played by Pedro Pascal. Lily Sheen is playing the part of Nicolas Cage?s daughter.

Per In Style, Michael Sheen and Kate Beckinsale met in 1995 when they appeared together in the play The Seagull. They had their only child, Lily, in 1999 and broke up in 2003 while they were both working on the movie Underworld. Shortly after their breakup Beckinsale became engaged to director Len Wiseman; in 2012, she told Entertainment Weekly that in spite of the rumors saying otherwise, the world would come to find out that she didn?t leave Sheen for Wiseman: ?If that were the case, I think it would be very difficult and peculiar to have an okay situation. But everybody involved has felt that the priority is Lily and wanting to get to a good place for her. And everyone is nice. So it?s not bad.? Sheen and Beckinsale remained very close post-breakup. When daughter Lily was accepted to New York University, Beckinsale took to social media to show off pics of both her and Lily leaping into Sheen?s arms.

In a 2016 interview with the Evening Standard, Beckinsale said about her relationship with ex Michael Sheen ?It?s so normal for us. We split up ages ago. We have been not together far longer than we were ever together. But I really love him and like him and we make each other roar with laughter.?

Beckinsale and Wiseman split in 2016. Beckinsale has gone on to date a string of comedians in their twenties, as reported by Us Weekly, including Matt Rife, Pete Davidson, and Jack Whitehall. In 2020 she dated 20-year-old singer-songwriter Goody Grace; he reportedly moved in with Beckinsale in her home in Los Angeles, California during COVID-19 quarantine, but they split after nine months.

Earlier this year, Beckinsale paid tribute to her daughter Lily?s 22nd birthday with a sweet throwback photo of the two of them as a young mother and small baby captioned ?Happy birthday @lily_sheen the best person ever invented. Lucky lucky me (even after that volcanic poo you did in Tootsies shortly before this photo was taken )?

This isn’t the only funny mother-daughter moment Beckinsale has shared via Instagram, per Page Six. In 2019, she shared a now-deleted text exchange in which she asked Lily if she was “doing a lot of cocaine.” When Lily replied that she was “doing 0 cocaine,” her mother explained that she’d “had a dream you were and I was so mad.” Lily apparently responded that her mother was a “lunatic” and the exchange became the talk of the social media “town” until the next Kardashian caper took over.

I’ve spent the last few weeks laid low by COVID. It’s been very difficult & quite scary. On #InternationalWomensDay I want to thank all the incredible women-Anna, Mum, Lily, Joanne, my friends & all the women I am lucky enough to have support me who’ve helped me through this. ❤️ pic.twitter.com/O5fPqNTlB2

Michael Sheen has appeared in a variety of movies and television shows; he?s played British Prime Minister Tony Blair an impressive three times (The Queen, The Special Relationship, and The Deal; he was even nominated for a BAFTA for his role in The Queen) and co-starred on the Showtime drama Masters of Sex.

After his breakup with Beckinsale, Michael Sheen dated several women, per InStyle, including VH-1 host Carrie Keagan, actress Rachel McAdams, comedian and actress Sarah Silverman, and comedian and actress Aisling Bea. In 2018 he started dating 25-year-old actress Anna Lundberg and in 2019, they welcomed their daughter, Lyra.

On March 8, 2021, Sheen took to Twitter to share that he?d been ?laid low by COVID? and, in honor of International Women?s Day, thanked ?Anna, Mum, Lily, Joanne, my friends & all the women I am lucky enough to have support me who?ve helped me through this.? Lundberg soon shared with Instagram that she and Lyra had also caught ?THE virus? and wrote, ?It’s been very challenging for all of us but luckily we’re all much better now than we were.?

Watch: Internet Troll Mistakes Kate Beckinsale for Her Daughter and Her Response Was Perfect