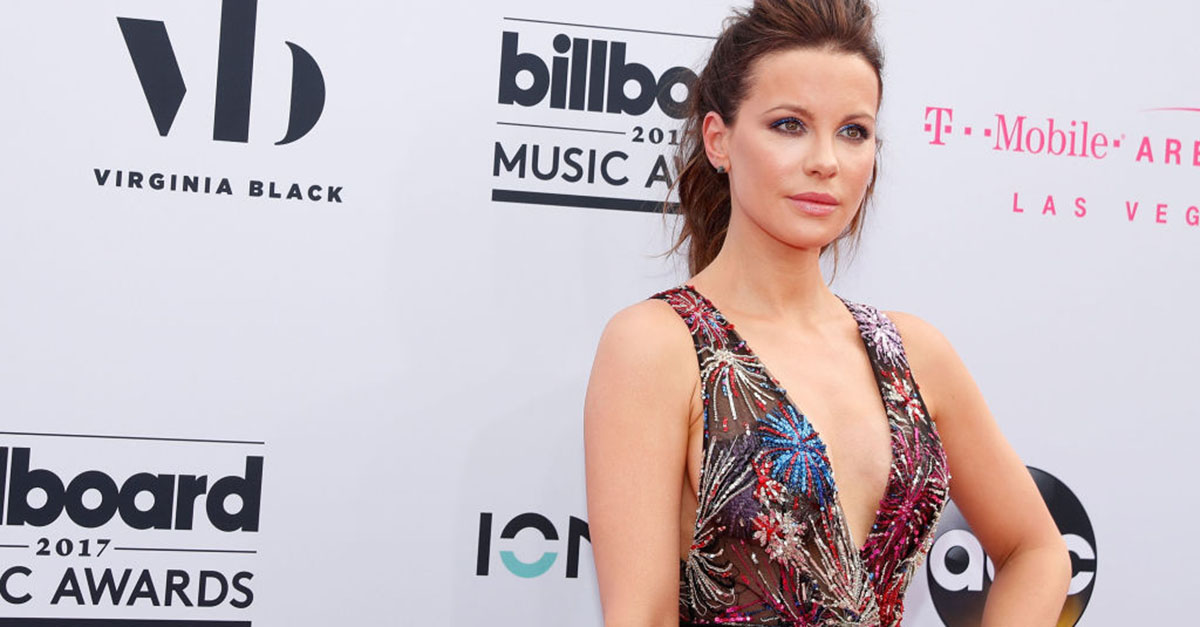 The internet trolls are at it again, this time targeting the fearless Kate Beckinsale. On the heels of her 45th birthday, Beckinsale was confused for her teenage daughter on Instagram. The underworld actress celebrated her 45th birthday weekend by doing yoga with goats, spending time with her daughter and ex husband Michael Sheen, and attending a Adam Ant concert. The actress shared a video of herself on Instagram at the event, where she is dancing around dressed in a black tube top and sorts.

Yet, despite the fact that she is actually 45, the star hasn’t aged one bit and people can certainly tell. A commenter on Instagram apparently though the person dancing in the video was Lily Mo Sheen, her 19 years old daughter. The comment read,

“Why would you want your young daughter to jump around like a naive skimpy-dressed future problem child Kate? My daughter, I wouldn’t accept doing that at all publicly . . . I’m not rich, famous, celebrity, Hollywood, etc, but maybe you are actually decent actress, but properly deluded real-life parent wise.”

If my seven year old self knew this was in her future she would have eaten several boxes of crayons from excitement and had a panic attack . I can’t say it wasn’t a risk all these years later either . What an AMAZING night . Thank you. #adamant #antmusic 🐜🐜🐜🐜💋💋💋💋

Okay, first of all, I need that user to use proper grammar, because let’s face it, if you are going to troll, you might as well do it right. Second of all, let the woman live. Go way, you monster.

Beckinsale didn’t realize that the user actually thought the girl dancing was her daughter, instead of her. Yet, like any parent would, the actress quickly jumped to defend her daughter responding, “Ummm she’s neither skimpily dressed nor jumping around. Did you eat a lot of cheese and then have a nap.” Later retracting her comment after coming to the realization the writer had the wrong identity, “Oh shit ps that’s me dancing around and skimpily dressed. So in fact I’m the problem child. But say that to my mom at your peril.”

Last post of the day, dedicated to the one and only @katebeckinsale. #CommentsByCelebs

Safe to say she has mastered the art of the clap back, huh? Also, can we talk about how she actually does look 19. What kind of witchcraft is this? I need whatever she’s having, ASAP.