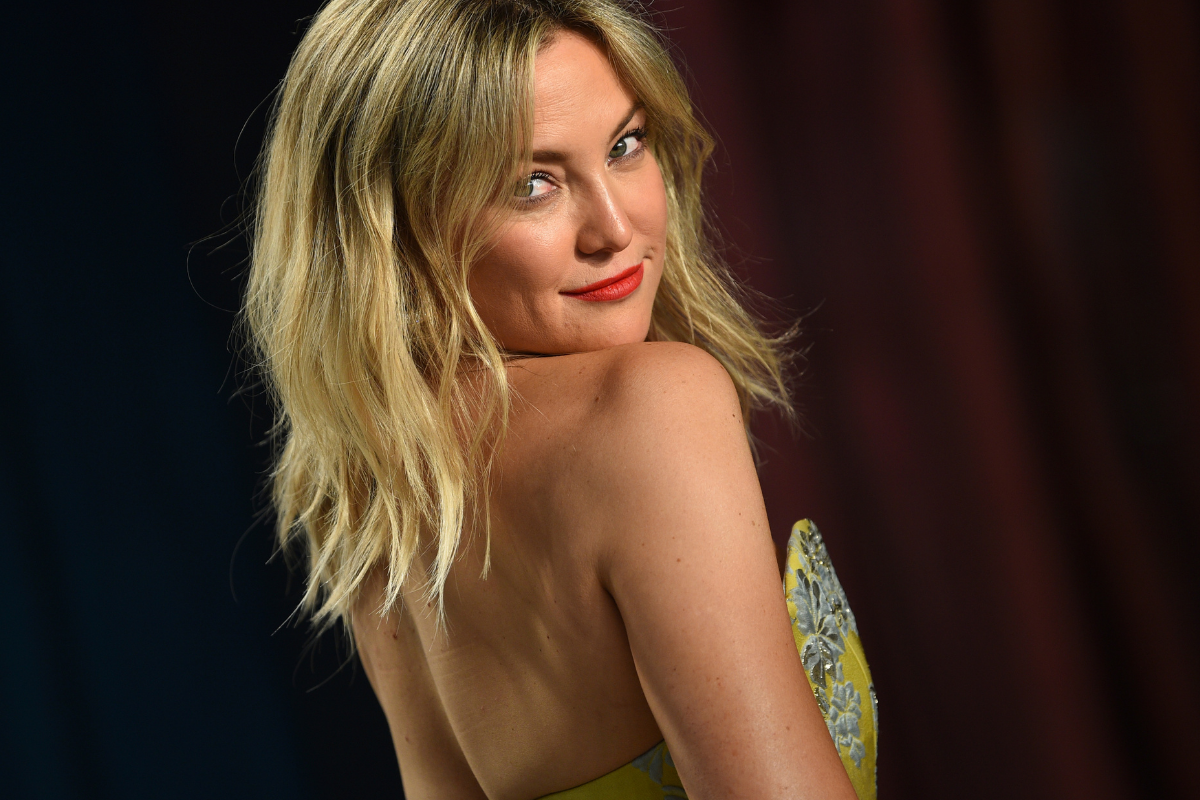 The star of Almost Famous, Something Borrowed, and How to Lose a Guy in 10 Days was one of the favorites of the early 2000s. Everyone loved how Kate Hudson flipped her hair and flirtily smiled. Here’s what became of one of your favorite it girls.

Hudson’s earliest performances were at the Santa Monica playhouse before she was even 12-years-old. Her film debut was in the 1998 release Desert Blue, followed by 200 Cigarettes. Almost Famous, however, is what really put her on the map starring as a muse to some rockstars. The film won her the Golden Globe Award for Best Supporting Actress and a nomination for the Academy Award for Best Supporting Actress. She starred with the late Heath Ledger in The Four Feathers, in Le Divorce, Alex and Emma, Raising Helen The Skeleton Key, and You, Me and Dupree with Matt Dillon and Owen Wilson. You can’t forget Bride Wars with Anne Hathaway, and Nine with Marion Cotillard, Nicole Kidman, Daniel Day-Lewis,  Penélope Cruz, and Judi Dench.

Off-screen, Hudson has worked with Just Fab, Fabletics, and has written books, “Pretty Happy: Healthy Ways to Love Your Body”, and “Pretty Fun: Creating and Celebrating a Lifetime of Tradition”. Fabletics is an American retailer that sells both women’s and men’s sportswear accessories and footwear. The company is known for its e-commerce business approach and has 22 brick and mortar stores. The company claims to be all-inclusive with several ranges of sizing. Although it originally launched in 2013, it expanded in 2015 with its men’s activewear with Hudson’s brother Oliver Hudson.

She is the daughter of Goldie Hawn and created the Goldie Hawn Foundation. She also launched a King St. Vodka craft vodka from California company with her brother, Oliver Hudson. She also has a podcast with her brother called Sibling Revelry. Recently she spoke about her biological father, Bill Hudson to brother Oliver on the podcast. Hudson admitted that she hoped to be able to connect with her half-siblings.

Hudson stated, “I was thinking – I’ve been thinking a lot about Dad,” Kate, 41, shared. “I’ve been thinking about our sisters that we don’t spend any time with, and our brother. Brothers. We’ve got four siblings we don’t spend any time with.” Actor and singer bill was married to Goldie Hawn from 1976 until 1982. Goldie then went on to date Kurt Russell, who has been her partner for 37 years, and together they raised both Oliver and Kate. Goldie and Kurt are also parents to Wyatt Russell, while Kurt is dad to Boston Russell from his previous relationship.

Kate stated that now that she is getting older, she would like to get to connect with her step-siblings, especially her sisters. She noted, “We’ve been talking so much about sibling relationships, and distraught relationships, and we’re sitting here like, we’ve got the best family, we’re so great. And yet, we don’t ever acknowledge the fact that we have four other siblings – four. So I’ve been thinking a lot about the Hudsons. Thinking that it’s important that we reach out with all of our siblings and maybe connect with them a little bit.”

Hudson has been married a few times and has welcomed three children into her life. Her first child is her son Ryder Russell Robinson, born in 2004 to her and her ex-husband Chris Robinson. After a song, the Grateful Dead song, her son is named Ryder after “I Know You Rider.” She and her ex-husband split in 2007 when the star started dating Matthew Bellamy, a singer. They split in 2011, having never married but welcomed son, Bingham Hawn Bellamy. The name is a nod to her mother, Goldie Hawn, and “Bing” was from her stepdad, Kurt Russell.

Her two sons became older brothers in the fall of 2018 to her baby girl Rani Rose. She shares daughter Rani Rose Hudson Fujikawa, with her boyfriend actor Danny Fujikawa. While the star has kids with multiple partners, she has made it a point to co-parent their children. A few years ago, Hudson and Fujikawa were in the spotlight after they stated they plan to raise their daughter without the burden of gender stereotypes, Hudson told AOL that she doesn’t know what gender her daughter will choose, sho she doesn’t want to make her into something she isn’t.

But of course, social media being social media, several called her out on it claiming she was raising her child to be genderless. Not letting it get her down, the actress responded online, saying, “It just felt a little antiquated to me. Not all girls want to be a princess, some want to be king. And that?s fine by me. I just try to raise my kids to be good people with the best tools to face this big crazy world.”