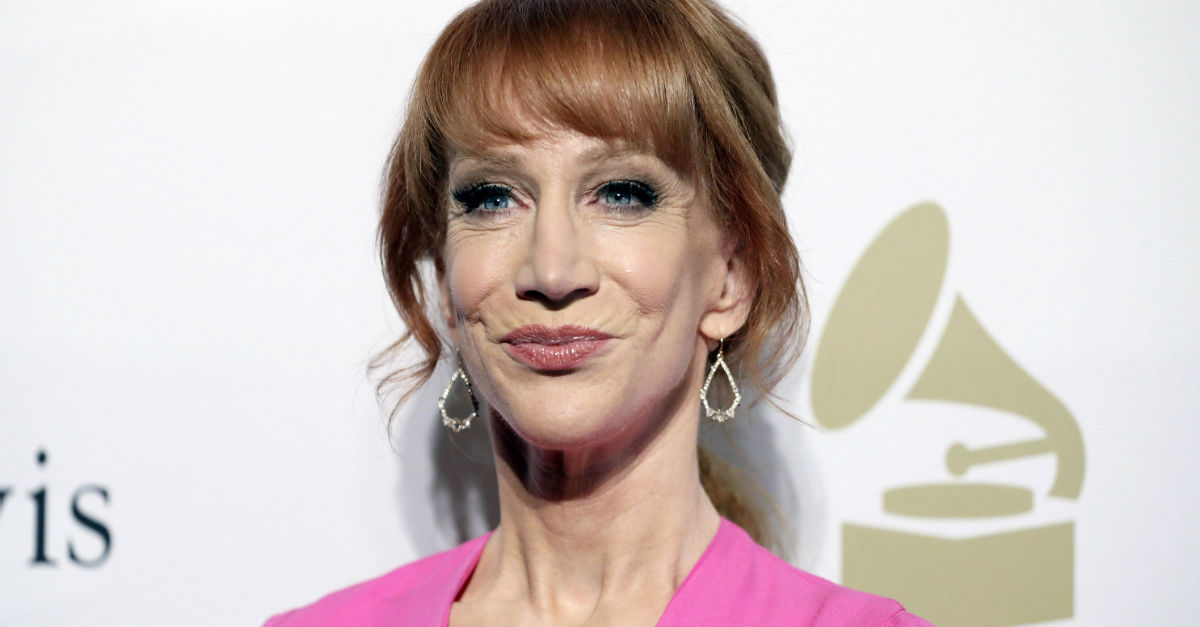 Rich Fury/Invision/AP
FILE - In this Feb. 11, 2017 file photo, comedian Kathy Griffin attends the Clive Davis and The Recording Academy Pre-Grammy Gala in Beverly Hills, Calif. Griffin says she knew her new photo shoot with photographer Tyler Shields would “make noise.” She appears in a photo posted online Tuesday, May 30, 2017, holding what looks like President Donald Trump’s bloody, severed head. Many on Twitter called for the comedian to be jailed. Griffin told photographer Shields in a video on his Twitter page Tuesday that they will have to move to Mexico to avoid federal prison for their latest collaboration. (Photo by Rich Fury/Invision/AP, File)

The dispute between Kathy Griffin and her neighbor just hit the next level.

“Ms. Griffin (and/or cohabitant Randy Bick) has admitted to making audio (and video) recordings of private conversations on my property over the past 15 months,” Mezger wrote in his filing. “In addition, Griffin (and/or Bick) have aimed an outdoor video-recording device at areas including a Jacuzzi where my young grandchildren sometimes play.”

Mezger is reportedly heard in one of the recordings calling Griffin a “fucking bald dyke,” among other insults. Griffin shaved her head earlier in the year in solidarity with her late sister, who passed away last month after battling cancer.

When asked, a KB Home spokesperson called the fight “a personal matter between neighbors? and that the company will not be commenting further.”

RELATED: Kathy Griffin is still showing off a portrait painted of her by a notorious U.S. murderer