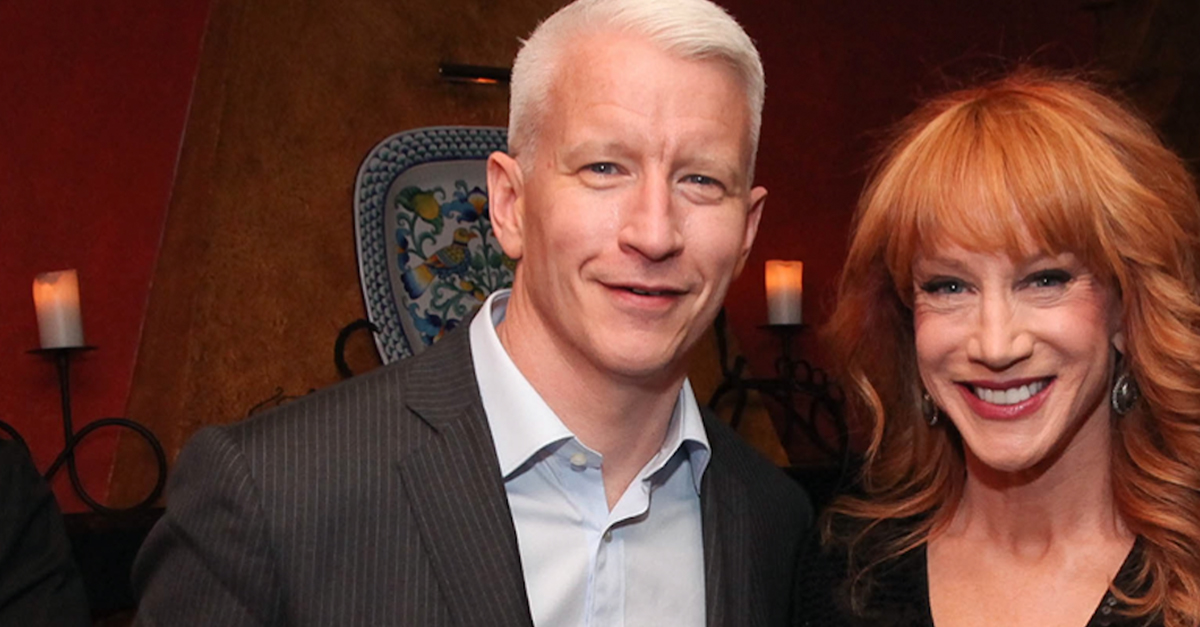 “The news is out,” Cohen confirmed in a tweet. “I’m co-hosting New Year’s Eve on CNN with @andersoncooper and I could not be more excited!”

The news is out! I'm co-hosting New Year's Eve on CNN with @andersoncooper and I could not be more excited!

Griffin co-hosted CNN’s New Year’s Eve special with CNN anchor Anderson Cooper as early as 2007, but the network parted ways with the comedian in May after she took a photo holding up a bloody, decapitated head of President Trump. The network released a statement saying that they found the image “disgusting and offensive.”

Cooper and Griffin’s friendship was also put on the rocks following the controversy. Cooper disavowed the image, saying, “For the record, I am appalled by the photo shoot Kathy Griffin took part in. It is clearly disgusting and completely inappropriate.”

It was announced in August that Griffin and Cooper’s long-term friendship was officially over following the scandal.

RELATED: Kathy Griffin’s neighbor responds to her restraining order with one of his own