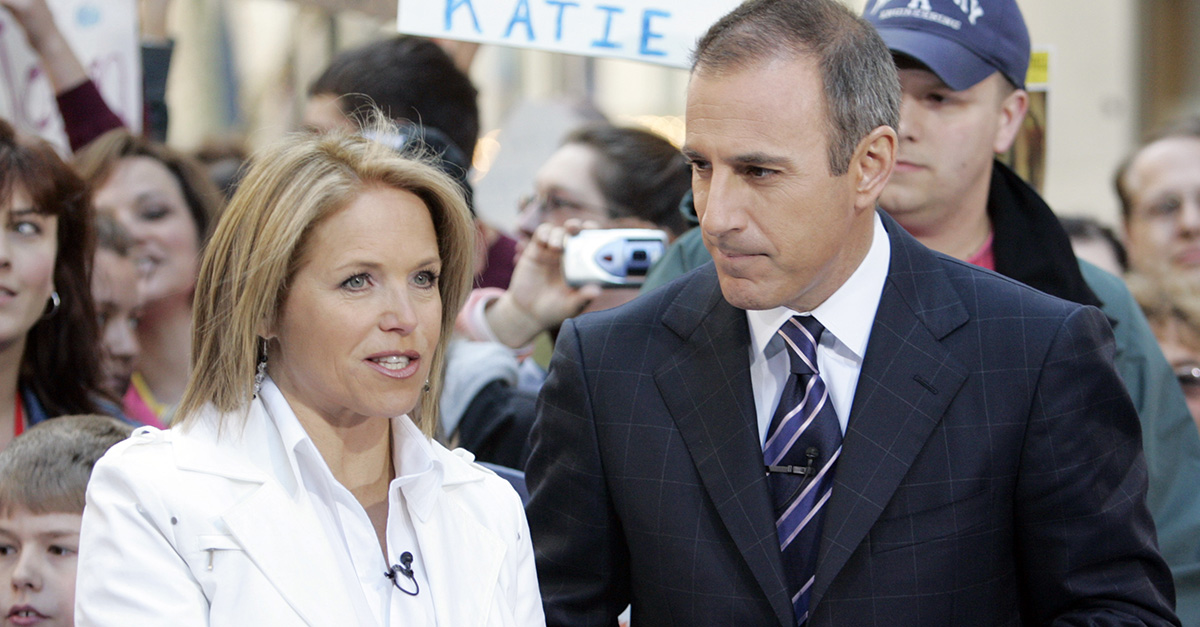 AP Photo/Richard Drew
NBC "Today" television program co-hosts Katie Couric and Matt Lauer appear during a segment of the show in New York's Rockefeller Center, Tuesday April 25, 2006. Former CBS News anchor Dan Rather wished his successor luck, when he appeared Monday at the annual National Association of Broadcasters show in Las Vegas Monday, but said Couric would need to be a leader and demonstrate a passion for news to succeed in the anchor chair. (AP Photo/Richard Drew)

Couric told Bravo’s Andy Cohen that Lauer liked to pinch her “on the ass” during an taping of the segment “Plead the Fifth” on his talk show, “Watch What Happens Live.” TMZ shared the old footage of the interview.

“You co-hosted ‘The Today Show’ with Matt Lauer for 15 years. What is Matt’s most annoying habit?” Cohen asked in the tape.

Couric wasted no time answering, “He pinches me on the ass a lot.”

The video began circulating against Wednesday after news that Lauer was fired from NBC made headlines. NBC News chairman Andrew Lack sent a memo to staff members overnight that stated an employee had come forward with sexual misconduct allegations against the long-time host.

In the memo, Lack wrote, ?We were also presented with reason to believe this may not have been an isolated incident.?

RELATED: Donald Trump responded to Matt Lauer?s firing at NBC by putting everyone else there on notice

Savannah Guthrie was joined by Hoda Kotb for Wednesday’s broadcast of “TODAY,” and she held back tears as she shared the news with viewers at home.

“I?m sure we will be learning more details as the hours and days come. We promise we will share that with you. All we can say is we are heartbroken. We are heartbroken for Matt. He is my dear, dear friend and my partner and he is beloved by many people here. And, I am heartbroken for the brave colleague who came forward with her story and any women who have their own stories to tell,? Guthrie said.

Kotb added, “It?s hard to reconcile what we are hearing with the man that we know who walks in the building every day. We are still trying to process it.?

Rumors of exactly what went down started swirling immediately. Page Six reported that an unnamed source told them that a female staffer reported sexual assault allegations against Lauer on Monday following an alleged incident that occurred while he was covering the winter Olympics in Sochi.

The rumor has not yet been confirmed.