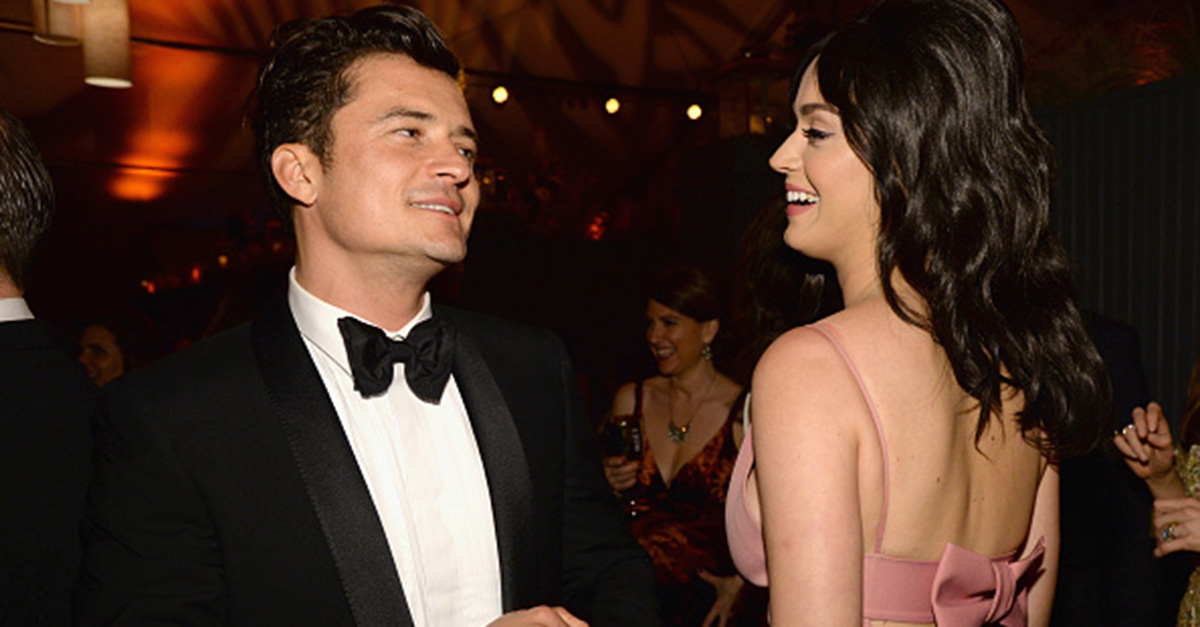 The on-again, off-again romance between movie star Orlando Bloom and singer Katy Perry appears to be on again — but that didn’t stop Perry throwing her absent lover under the bus at her brother David’s recent wedding in Santa Barbara, CA.

?She gave a speech and said about Orlando, ?We?re on good terms ? but not good enough for him to come as my date to the wedding,?? an insider told Us Weekly.

Earlier this month, it was reported that Bloom and Perry had rekindled their romance after initially calling it quits last year.

“Katy wants to make things work this time around,” a source told tell The Sun. “She tried, but she couldn?t cut him off. She cares too much about him. This time, they?re keeping things low key?but they?re back together.?

The pop star and the actor broke up in February after dating for 10 months, but they recently reunited to attend an Ed Sheeran concert together. While Perry merely vaguely explained that they?re enjoying being in each other?s lives, a source told PEOPLE they?ve ?been in touch? since their break up, but are just friends. Another source confirmed that they aren?t back together.

?They ended things as friends. They continue to be friends,? the first source said, with the second adding, ?They have history and are open to seeing what happens.?

The former couple split just two days after attending Vanity Fair?s Oscars afterparty together. Their representatives confirmed their break up in a statement, saying, ?Before rumors or falsifications get out of hand we can confirm that Orlando and Katy are taking respectful, loving space at this time.?

While speaking with ?The Morning Mashup,? back in August of 2017, Perry made it clear that she doesn?t want to define her relationship with ex Orlando Bloom after fans spotted them enjoying a recent night out together.

?Well, you know, I think people are in and out of your life. It?s nice to keep people you love around you,? she said of rumors that the former couple is rekindling their flame. ?When you get older, lines get blurred. And you know what, I?m really busy. I?m about to go on tour for another year.?