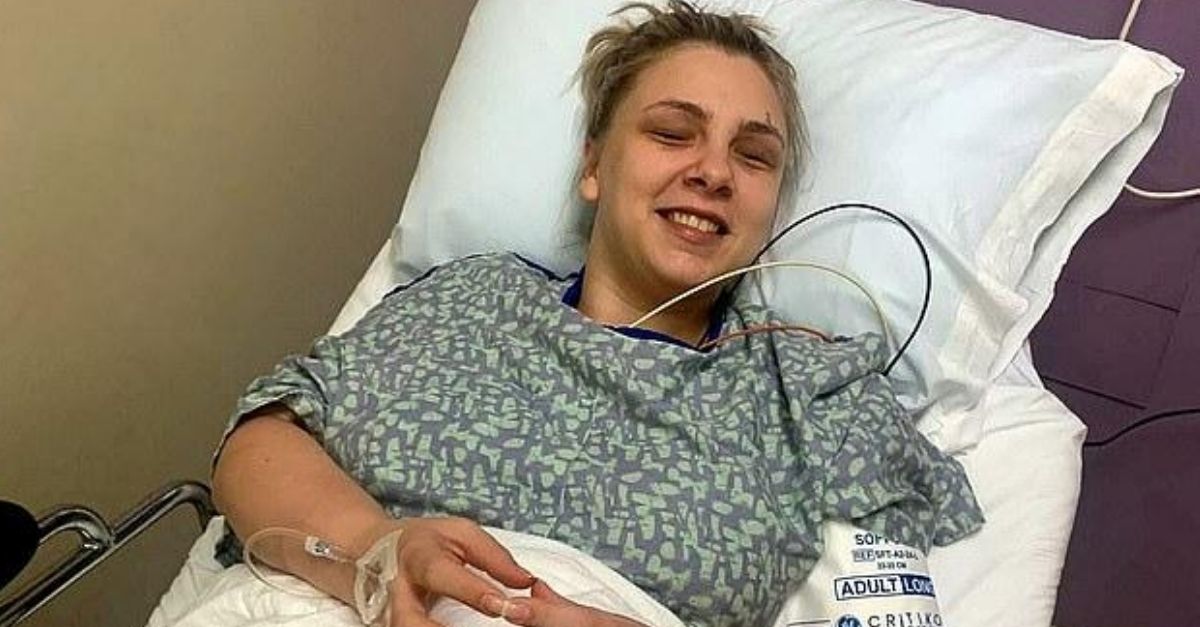 A 22-year-old woman who gouged her own eyes out during a meth-induced psychotic episode has received a pair of prosthetic eyeballs. According to a report, the woman initially thought she could save the world. Kaylee Muthart of Anderson, was 20 when she ripped her eyes out by squishing them with her hands in February 2018 after injecting and snorting tainted methamphetamine. She was then rushed to the hospital after the appalling incident where doctors told her she would be blind for the rest of her life.

The South Carolina native spoke with People magazine, stating ” The drugs take your fears and beliefs and amplify them. I thought I had to take my eyes out to survive and save the world.” Since her horrific act, Murthart has pledged to quit and stay off all drugs for good and has since entered rehab. This year she finally received her pair of prosthetic eyes thanks to Dr. Joseph Gorrin of Gorrins Clinic in Greenville.

did y'all know there's a rare, x-linked condition called lesch-nyhan syndrome that often presents with self-mutilation, particularly "in the form of severe lip and finger biting, gouging of eyes, face scratching and head banging."https://t.co/m9snNpL5Pvhttps://t.co/bXqAB6XhXg

Muthart, who is now enrolled in blind school, stated, “I was so excited to get them. I just wanted to appear more normal to the outside world.” Her boyfriend Alex George, 42, said it “melted” his heart to see how happy she was when she received her new eyes. He stated that although she was never any different from him, he knew she wanted them for a very long time and he was happy she now had her new prosthetic eyes. He added, “I felt so much joy, love, appreciation, and thanks to God. Seeing Kaylee happy makes me happy. She is always an upbeat and positive person, but this made her extra happy. It was incredible to be able to look in her eyes.”

Muthart, who is now clean and healthy, will soon receive a guide dog and stated she has learned a “decent amount” of Braille, can wash clothes, can cook, make a bed and look after pets. She plans to get her high school diploma and get her associated degree. She noted, “I’ve come such a long way from two years ago. Coming off meth was awful, physically, and mentally. There were hallucinations and psychosis, but I overcame it thanks to God.” Muthart stated she has started writing a book about her experience which includes the use of drugs and the process of getting her first pair of prosthetic eyeballs.