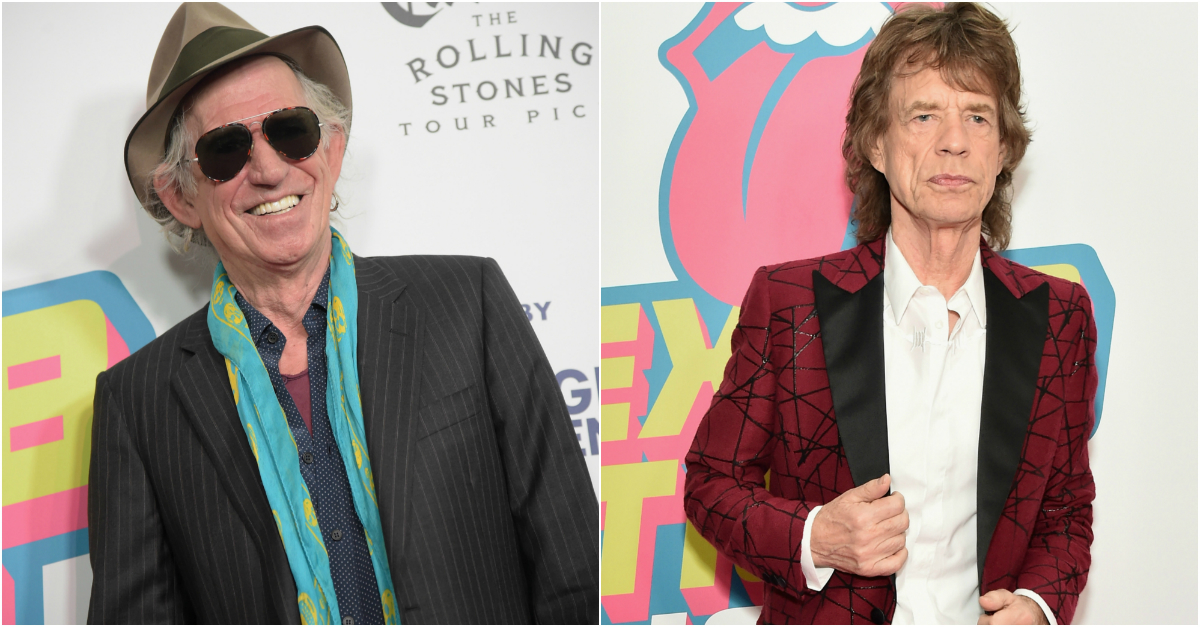 This time, Richards is concerned about Jagger’s procreation habits.

“Mick’s a randy old bastard,” Richards said in a recent interview with WSJ. Magazine in regards to the fact that Jagger recently became a father for the eighth time at the age of 73. “It’s time for the snip—you can’t be a father at that age. Those poor kids!”

Richards and Jagger have an interesting relationship. They fire shots at each other constantly, but both realize that the Rolling Stones as a band is bigger than the sum of its parts.

“There’s a certain thing in this band, which I find really weird, is that they just want to do it. Some nights we’re better than others, of course, but all I know about this damn band is that they always want to make it better than the night before,” Richards tells WSJ. Magazine. “And that’s one of the things that keeps us going.”

Back in 2015, the guitarist told the New York Daily News that rock today “sounds like a dull thud… with no bounce, no lift, no syncopation.”

He’s no fan of heavy metal either.

“Millions are in love with Metallica and Black Sabbath,” Richards said in the interview. “I just thought they were great jokes.”

“What rap did that was impressive was to show there are so many tone-deaf people out there,” he said. “All they need is a drum beat and somebody yelling over it and they’re happy. There’s an enormous market for people who can’t tell one note from another.”

And he sort of trash-talked some of the Beatles’ music in a Rolling Stone interview, proving that nobody is safe from his poison tongue.

Back in December of 2016, Jagger and his girlfriend, Melanie Hamrick, introduced their newborn son, Deveraux, to the world on Instagram.

In the photograph, the baby boy is snuggled up in a blanket.

“I’m so in love with my baby Deveraux Jagger 💙 Thank you @lizzyjagger for the sweet introduction 😍😂 ❤,” Hamrick wrote as a caption for the post on Friday, Dec. 16.

“Melanie Hamrick and Mick Jagger’s son was born today in New York, and they are both delighted,” Jagger’s rep told Us Weekly at the time. “Mick was at the hospital for the arrival. Mother and baby are doing well and we request that the media respect their privacy at this time.”

I deeply regret the comments I made about Mick in the WSJ., which were completely out of line. I have of course apologized to him in person.