It’s Official! This ‘The Voice’ Coach Is Getting Her Own Talk Show 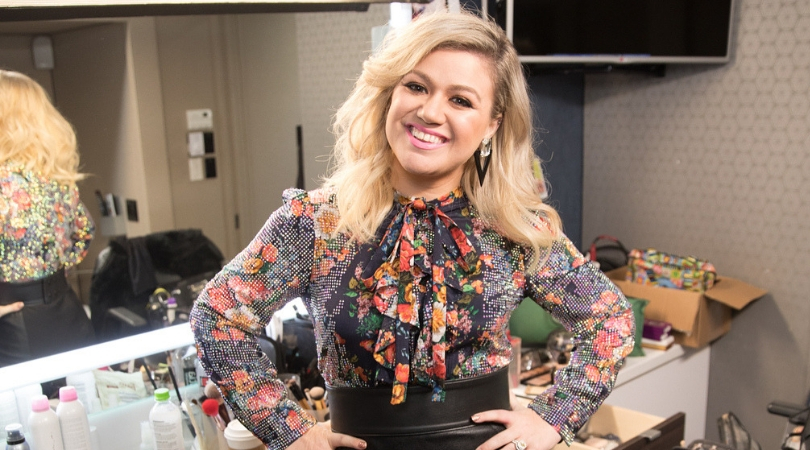 After weeks of speculation, It looks like our favorite ?The Voice? coach will be hitting up our TV again, but this time on another show! Pop and Country singer Kelly Clarkson has announced she is joining the daytime-talk bandwagon! NBC Owned Television Station Group picked up ?The Kelly Clarkson Show?, and let me tell you, I can?t contain my excitement! The singer along with Brandon Blackstock will serve as executive producers of the show.

The show is said to star in Fall of 2019 by NBC?s stations and will cover nearly 30% of all U.S. households. Clarkson first teased the news on ?The Tonight Show Starring Jimmy Fallon? stating the news was leaked, but the show was going to air right before Ellen DeGeneres ‘ talk show ?Ellen? and will include her touring band as her house band. Clarkson is very well-known around the world, interacting with fans of all ages, previously being a coach on ?The Voice?. The multi-platinum singer was known for her energy and vibrant mood, which is pretty much what we want to see in any daytime host.

Looking forward to hosting, Clarkson stated she was perfect for the job due to her love of talking. The singer stated, ?I love talking ? it?s my favorite pastime. It?s hard for me to shut up, though. You have to listen to people who come on your show, and I just keep talking! The only thing I?ve gotta work on is listening.?

The show is said to replace Steve Harvey’s talk show in most metropolitan markets, but some soap opera fans are wondering if it will end of the longtime running series “Days of Our Lives”, which has been renewed only for the summer of 2019. Clarkson stated her show will include a musical lineup for everyone, and she will sing every day on the show.

Clarkson first rose to fame in 2010, after winning the first season of American Idol, which earned her a record deal with RCA Records. Since then, she has sold over 25 million albums and 45 million singles worldwide. She has scored a total of over 100 number ones on the Billboard charts, won three Grammy Awards, three MTV Video Music Awards, for American Music Awards, and two Academy of Country Music Awards. It?s safe to say Clarkson has been keeping up with her tile as one of pop? music?s greatest singers in the industry.

And in case you were wondering if the 36-year-old has it in her, I am here to tell you, she kind of does. The singer gave us a small taste of her hosting skills while going on the ?Late Night with Seth Meyers? show to talk about the future project. In order to give Clarkson some practice, Meyers suggest they switch positions so Clarkson can step her feet in the water. Taking all of the tips, Clarkson made herself comfortable in the stage, grabbing the host?s card and asking questions left and right. Check it out below!