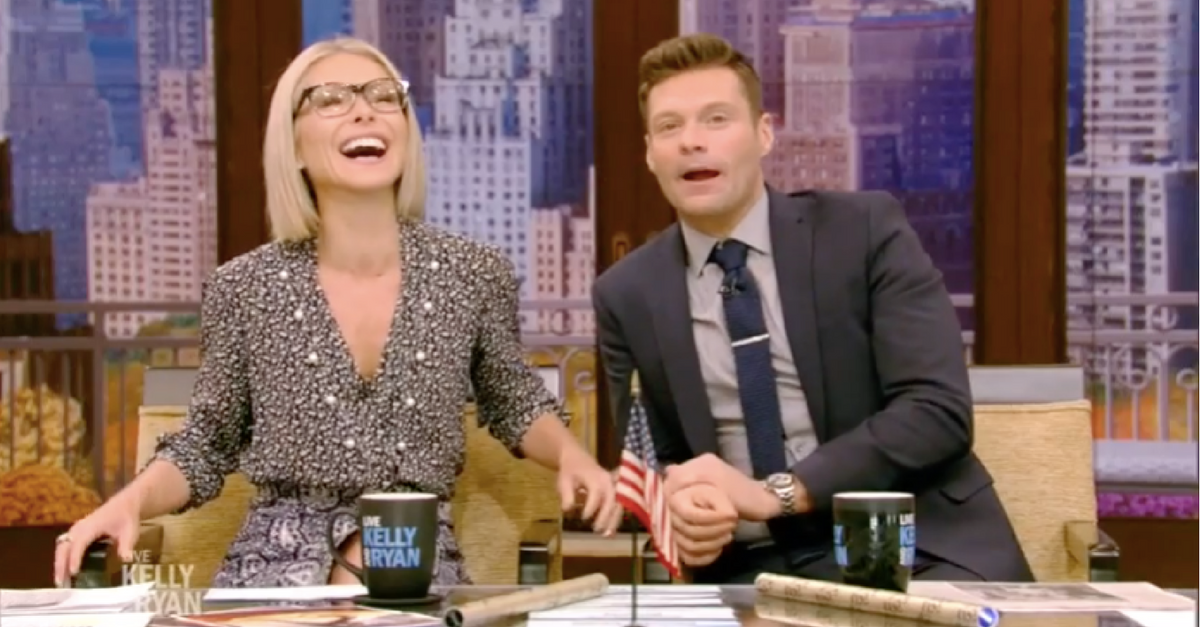 On Friday’s episode of “Live! With Kelly and Ryan,” Ryan Seacrest admitted that one of his favorite shows, when he was an aspiring actor, was “Beverly Hills 90210,” which had Ripa recalling the time when he appeared on the show.

“It depends how you define ‘was on,'” Seacrest replied. “I had a very short role as a game show host for a couple’s game show.”

RELATED: Did Ryan Seacrest cancel his “GMA” appearance due to Kelly Ripa and Michael Strahan’s feud?

The morning show then played a clip from the episode Seacrest appeared in, and Ripa could barely stop laughing at her cohost’s performance — especially his very 90s, frosted-tipped hair.

“I was so excited to get that role,” Seacrest reflected on the cameo. “I was very excited to get that role because when I was a kid in high school, I just wanted to meet Jason Priestley — Brandon Walsh — he was the guy I looked up to. Part of the reason I moved to L.A. was because I watched ‘Beverly Hills 90210’ and thought the world was just like that. It’s not.”

RELATED: Kelly Ripa gets into the Halloween spirit by dusting off one of her favorite past costumes